What the Hell is Performance Marketing?

Many channels are now clinging to the results-driven dream. Tim Lawrence shares his thoughts on how, as an industry (in 2021 and beyond) performance marketing should be defined.

The term ‘performance marketing’ was born around the time digital marketing took off, so after years of growth and now entering its early 20’s maybe it’s no surprise it is having something of an identity crisis, pondering where and how it fits into the big wide world of marketing. But it’s not the only one: marketing channels everywhere from outdoor to TV are using digital and technology to re-define their identity.

As time has gone on ‘performance marketing’ has become a catch-all for several channels, buying metrics, and tactics and (if they are honest) now no-one is entirely sure what is and what isn’t classed as performance. As a result, the term is being used to define different things; surely the KPI of a definition?

Going back to the beginning, ‘performance’ initially applied to digital channels only. Paying for performance is exactly what digital provided; metrics such as Pay per Click (PPC) and Cost Per Action (CPA) grew as advertisers saw a low risk route for their marketing budgets. Creative was static or text based and with the growth of tagging, campaigns could be created and measured and optimised to an onsite action.

But digital grew (up). Today, digital channels can build brands as well as drive performance metrics; social networks and video platforms have changed the way consumers and advertisers view the web, from a utility for functional tasks, to communication, entertainment and an integral part of all our daily lives. Digital channels offer both brand and performance, sometimes even at the same time: a recent Facebook study even suggested the concept of ‘performance branding’.

Even the core concept of Pay Per Click is being tested; with the rise of ‘zero click searches’, results such as snippets, instant answers and maps mean many searches end without a click. In 2020, zero click searches accounted for nearly 65% of Google queries, up from 50% in June 2019 (Source: SimilarWeb). Search marketing is as much about real estate space on the search results page as clicks.

Over time, measurement evolved too and advertisers realised even ads that aren’t bought on a results basis were contributing to sales. Improved measurement showed so-called branding tactics drive business outcomes and the by-product of a well-placed performance ad is awareness; the lines became blurred. Even Facebook’s new concept of ‘performance branding’ contains tips such as having a distinctive visual identity in performance, a distinctly brand building tactic.

Then there are non-digital channels; of all channels available to marketers, TV has consistently shown to drive performance: a 2017 study showed TV had the highest profit ROI of any media, both over three years and in the short term (Source: Ebiquity and Gain Theory).

As digital has evolved, so have non-digital channels, which discovered the power of digital and data to allow advertisers better target audiences and track results. Programmatic OOH, digital audio, VOD, and addressable TV all allow performance tactics to be used in once considered traditional channels. Econometrics and attribution mean all channels can be measured to an ROI; compared to ‘performance’ it’s only the speed results are delivered that changes.

In reality all channels can drive and be measured on performance – after all, what marketer would really use channels that don’t “perform”? Even using the definition that performance media is when an advertiser pays only when there are measurable results discounts SEO, a channel traditionally thought of as performance.

If channels have re-invented themselves and digital has grown up, then what is performance?

I believe the term is most accurate when describing marketing activity targeted at the bottom of the funnel (if indeed there is funnel any more, but let’s not start optimising that too), driving short-term, measurable results that can be optimised.

Of course, some channels deliver better against this definition and it needs an analytical mind to get the best out of them, but to the consumer most of this is nonsense marketing speak; they see no ‘brand’ or ‘performance’ and don’t use channels in silo. Which is why as a marketer today it’s most important not to consider ‘performance marketing’ as separate to a marketing strategy but an integral piece of it as the best marketing can only ‘perform’ when all channels work together. 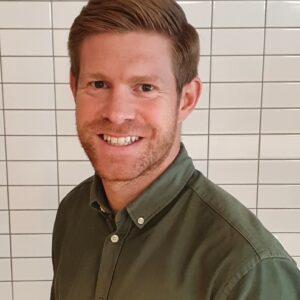 After graduating with a degree in Marketing, Tim spent 16 years at agencies LBi, Carat and MediaCom in both digital and media strategy roles working with clients such as Disney, GSK and Tesco before joining iCrossing in 2019.

Tim believes great strategy is always simple and comes from insight, as a result he is passionate about focusing on consumers and understanding new trends. Outside of work he’s a keen runner although most of his time is spent with his three daughters!