In June of 2020, Apple made an announcement at its annual Worldwide Developers Conference (WWDC) that sent shockwaves throughout digital advertising. With iOS 14, all app marketers would have to prompt their users and request consent to ad tracking, which Apple would enforce through its AppTrackingTransparency (ATT) framework. Since then, so much has happened, including multiple updates to Apple’s policy and enforcement delays; but as of now, Apple has finally released iOS 14.5 and thus, begins its enforcement.

What is ATT and what does it mean for digital advertising?

ATT is Apple’s mechanism to request user consent. Once prompted, users will either opt-in or opt-out of ad tracking.

If users opt in – great – marketers can perform deterministic attribution using the identifier for advertisers (IDFA) device ID for iOS because the user has consented to ad tracking. If users do not and opt-out, advertisers must rely on the SKAdNetwork for attribution and event reporting for future targeting.

ATT-IDFA-SKAdNetwork: If you’re feeling overwhelmed, so is the industry. The good news is that at this point, we have had nearly a year to understand Apple’s User Privacy and Data Use policy and determine how to handle it, so let’s dive a little deeper into what ATT means for advertising.

If a user opts-out of ad tracking, marketers can’t track them, pass on any device information, or perform probabilistic or fingerprinting attribution methods. To quote Apple’s policy: “Tracking refers to the act of linking user or device data collected from your app with user or device data collected from other companies’ apps, websites, or offline properties for targeted advertising or advertising measurement purposes.”

Apple’s policy includes using any data related to the device, including third-party software development kits (SDKs) or services which can risk having the app rejected from the App Store. In other words, the app marketer is also responsible for the data that other companies may collect from their app:

“Per the Apple Developer Program License Agreement, you may not derive data from a device for the purpose of uniquely identifying it. Examples of user or device data include, but are not limited to: properties of a user’s web browser and its configuration, the user’s device and its configuration, the user’s location, or the user’s network connection. Apps referencing SDKs, including but not limited to Ad Networks, Attribution services, and Analytics, that are found to be engaging in this practice may be rejected from the App Store.”

It’s important to note that ATT pertains to paid media. Owned media is exempt because it involves matching first-party data obtained by the brand with other first-party data which is outside of the policy’s scope. The ATT requirement also is not a form of compliance with regulations like the General Data Protection Regulation (GDPR) or the California Consumer Privacy Act (CCPA).

What should marketers do to prepare for ATT and adopting SKAdNetwork?

If you haven’t already, review Apple’s User Privacy and Data Use policy and/or find someone educated on it. Here are a few other things to consider:

Talk to your dev team. You need to plan on how your app will prompt for consent. Apple has a default prompt of which a portion is customisable. Use this portion wisely by crafting a brief, educational message, which of course, you should test and refine with time. Apple will not allow pre-prompts either or any kind of incentivisation.

Talk with MMPs and ad partners educated in ATT and SKAdNetwork. With Apple’s enforcement of ATT quickly approaching, it’s vital to talk with mobile measurement partners (MMPs) and ad partners familiar with SKAdNetwork. With SKAdNetwork, instead of MMPs performing attribution of ad campaigns, Apple will do it for iOS users. MMPs still play a crucial role in iOS measurement because they are equipped to ingest the data from it more than individual ad networks are. The best way to adopt SKAdNetwork is through an MMP’s SDK equipped to handle its data.

Revisit your omni-channel growth strategy. User opt-in rates are expected to be low, so ATT will likely greatly reduce the first-party data marketers have been accustomed to getting from iOS users. That said, there are still valuable ways to obtain first-party data outside of paid media. As mentioned earlier, owned media is a valuable way to reach users, so think of ways to maximise it.

There is also the option of making direct deals with private marketplaces (PMPs). By learning more about your high-value users, marketers can pursue direct deal opportunities on cost per mille (CPM) models directly with other publishers. The benefit with PMPs is the possibility of achieving higher quality installs.

Third, learn as much as you can about the app affinities of your highest value users and pursue direct deal opportunities on CPM models directly with other publishers.

A fourth option is to explore over-the-top (OTT) and connected TV (CTV) channels. OTT and CTV are vastly popular and growing channels where no IDFA is needed for measurement. Additionally, although SKAdNetwork will not provide mobile attribution from OTT and CTV campaigns, incrementality testing can show their impact.

While it’s been a challenge for adtech to digest and work to adhere to Apple’s changes, as an industry, we’ve accomplished much to prepare for ATT. There are some solid solutions now available to support marketers and publishers with Apple’s massive changes, and we’re ready for the new era of marketing and measurement that’s about to begin with iOS 14.5. 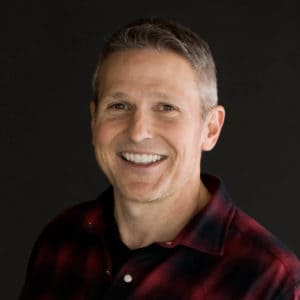 Brian Wilson is Director of Product Management at Kochava.