Invoices are Stretching: How Should Publishers Deal with Delayed Payments?

Ivan Guzenko discusses poor transparency around some advertiser payments, and why as an industry we appear not to be doing anything about this problem. 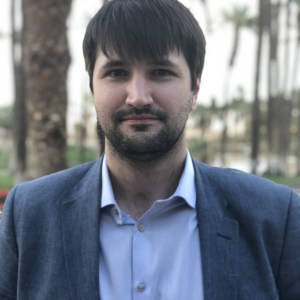 In ten years, the programmatic share of digital display ad spending has doubled and even tripled, jumping from 36% to 72%. Furthermore, the global programmatic market is poised to grow and reach $29,800 by the end of 2025.

Even though the market is growing, lately, delayed payments in the supply chain have become the main concern of publishers who seek to protect themselves from unreliable tech vendors. Is everything really that bad? What are the reasons for such delays, and what solutions does the market need in order to solve this headache once and for all?

Delayed payments put a big strain on the supply chain

The new concern that publishers had to deal with in 2020 is the increase – by at least 20%, according to some sources – of hugely delayed payment terms. Since lockdown started, many publishers were notified that their normal payout period of 60 days would be increased to 90 days because a remote working schedule slows down the whole cycle of payments and the invoice generation, in particular. After this, many publishers, like Inquisitr, were pushed to terminate their work with SSP tech providers.

What’s even worse, it is expected that the payment window will get even bigger, as disruptions caused by the pandemic significantly slow workflow – and financial operations are not an exception. The pandemic raised new concerns last year. Ad tech providers may have thousands. of legitimate lockdown-caused reasons to delay payments now and the most dangerous mightbe the situation where companies massively go bankrupt.

Every side is affected now – publishers struggle most

Ad networks, DSPs and SSPs seem to struggle through these uncertain times as well as. publishers. Pressured to stay transparent, ad networks resort to various measures in order to keep their payment cycles intact. In comparison to Google, many exchanges become especially vulnerable to payment disruptions, as they don’t have sufficient balance sheets to cover the gaps. DSPs, in their turn, are still obliged to pay exchanges in time.

SSPs in this situation face the biggest challenge, as they appear last in the food chain of the vast programmatic ecosystem. For instance, Yieldbot SSP had to terminate contracts with a third of its employees and take a $15 million credit to pay its publishers. The problem is getting very intense, and many publishers are currently pushed to self-fund while supporting their websites and keeping financially afloat.

Should we expect more hidden fees?

The losses that delay payments harm all ad market participants and, apparently, all are on their own when it comes to covering the consequences. Raising commissions and adding up hidden fees attached to impressions is sadly what we may see building up during the following months.

Selling ads in programmatic is not a straightforward process – the many layers and third-party service providers that exist between publishers and advertisers consume an additional fraction of costs. The latest 2020 study, which analysed more than 30 million ad impressions and lasted 15 months, revealed that only half of advertising money actually reaches publishers. A significant part of what advertisers spend is represented by unattributable costs and, in the near future, we might see these fees going up. As a result, these rising fees may have even deeper implications on advertisers’ budgets.

While some market players see solutions in invoice discounting, the others try to dig deeper, thinking that in-housed technology is a sure way to achieve greater financial control and transparency.

To wrap it up

In this pandemic, all bets regarding who gets paid, and when, are invalid. Apparently, we have a of lack transparency and regulations over the payments, and there are several promising solutions that may fix this problem. Big publishers who choose the independent path may have the opportunity to better control the payment cycle in their system, while making the regular audit of what’s being sold and at what price. On top of that, the industry should soon develop new ways of publisher payment optimisations that will alleviate the issues – at least temporarily, in a short-term perspective.

No matter what the solution is, all chain participants currently need to join forces and work together to make supply chains better – not only regarding payments, but also in terms of transparency, safety and greater accountability.