The UK IAB has launched the results of its affiliate marketing survey.

The Internet Advertising Bureau’s (IAB) inaugural Advertiser buyside survey found that the affiliate channel proved itself a powerful ally for retail brands in 2020, as more than half of them increased their performance marketing budgets. It also identified that cashback sites and editorial content are the most admired sources of affiliate sales.

Feedback was drawn from a spectrum of sectors and business sizes with general retail accounting for more than half of the respondents. This is the most comprehensive assessment of the affiliate channel since the IAB’s 2013 ground- breaking market study that provided the first independently verified scoping of the industry’s scope and scale. The IAB’s Affiliate and Partnerships Group developed the survey in conjunction with IAB Australia who released the results of their third annual affiliate study in January.

Underpinning the ongoing growth of the channel, almost one in five of those surveyed run programmes that have an annual budget of at least £2.5m to spend on affiliate marketing activities, with another 8% allocating a seven-figure amount for commissions and fees. Inevitably the cost-per-acquisition model dominates but it is encouraging to see brands employing multiple payment methods, with tenancy fees now utilised by more than half of respondents.

Around one in four also depend on cost-per-lead and cost-per-click triggers. While app installs as a commission action may lag at just 8%, this still shows the diversity and flexibility of rewards the channel offers.

A majority of brands have also expanded their affiliate efforts beyond the UK with near neighbours in Europe the main focus (51%) followed by the US (40%), Australia (24%) and Asia (21%).

The most valued affiliates

Beyond the more quantifiable data included in the survey, there are qualitative insights about the most prized affiliates that brands are turning to for revenue. In asking ‘how valuable do you find the following affiliate models?’, reward sites, including cashback portals and loyalty platforms, emerged as the most favoured with a 7.5 score out of ten.

Next was content, followed by price comparison and voucher coding. In-app and browser extension, by contrast, were at the other end of the scale. This may be because these are less common tactics used by advertisers as well as reflecting a lack of knowledge about how they can be incorporated within an affiliate programme.

This is perhaps unsurprising as the affiliate marketers often talk about the channel’s strong ROI credentials. In the last measurement of ROI back in 2017, the average affiliate programme generated around £16 for every £1 invested. While brands may be measuring more and more digital activity on a performance basis, affiliate marketing remains the ultimate performance channel.

Interestingly sheer volume of sales is rated slightly higher than new customer acquisition but that could change over time as programmes mature and brands look to alternative measures of success. Both customer acquisition and return on investment compare well against other channels, scoring close to eight on a scale of one to ten when measuring lowest to highest performing marketing tactics, another indicator that in difficult times, affiliate marketing is a safe harbour in the storm.

Affiliate business models are now a common part of consumers’ purchasing experience and that was born out by the 77% of brands who use exclusive tactics in pushing their products and services.

Inevitably 2020 will always be known for its exceptional impact on ecommerce. The picture is mixed when assessing the consequences for affiliate budgets. One in three respondents increased their spend significantly with another 25% slightly increasing theirs. In contrast, one in five reduced their commissions slightly or significantly.

Without the context of which types of brands these opposing approaches applied to, it’s difficult to draw a firm conclusion, however, with travel experiencing an ongoing slump, the correlation could be by sector.

One of the hoped outcomes of the survey is the identification of themes the channel needs to address in order to increase brand spend and increase trust.

When asked to select from a range of topics that the industry should focus on, measuring the value of the affiliate channel remains a high priority. This is an interesting juxtaposition when considered alongside respondents’ views on the channel’s positive return on investment and ability to drive new
customers. Possibly a consequence of measuring quantity, rather than quality, it persists as an area that the industry needs to continue to educate brands on.

Confusion about tracking and third-party cookies indicates there is urgent work that needs to be done. One in five brands don’t know what tracking is used on their programme and half still say they’re relying on third-party cookies. This should serve as wake-up call to everyone about the need
to educate advertisers while also upgrading their tracking to the latest available technology.

The affiliate industry has a proud heritage of demonstrating its value to brands and agencies, and this survey helps guide strategies for the future, proving why affiliate marketing should be an important part of advertisers’ future marketing plans. 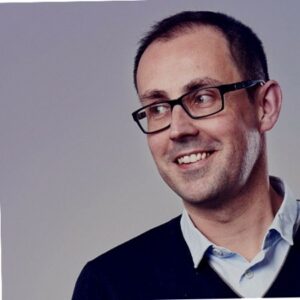 Kevin has 19 years of experience in affiliate marketing including management of some of the UK's largest affiliate campaigns across a number of verticals. Includes 15 years at Awin, the UK's largest performance network. He is the Global Strategy Director in 2014, helping define the network's positioning, content and annual guide to the industry, The Awin Report.