Founded in 2015, eve believes that every great day starts the night before. Its mission is to deliver the power of sleep wellness. The company was no stranger to affiliate programmes when it joined forces with Impact and Scale Digital in January 2020, but it was certainly not familiar with the efficiency that the Partnership Cloud delivers. 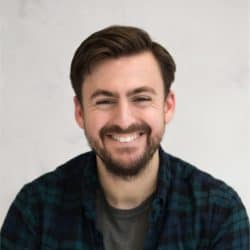 Founded in London in 2015, eve believes that every great day starts the night before. Its mission is to deliver the power of sleep wellness through premium products including mattresses and other sleep-inducing treats, with great design at their core.

The company was no stranger to affiliate programmes when it joined forces with Impact and Scale Digital in January 2020, but it was certainly not familiar with the efficiency that the Partnership Cloud delivers.

The team felt they were missing some great opportunities with publishers. What’s more, transactions had to be validated manually, taking up considerable time and resource, with tracking and visibility not where they needed to be, and insufficient monitoring of performance. So the decision was made to develop partnerships which truly shared in the team’s ambitions, allowing them to innovate and build strong relationships with both partners and publications.

After moving its business over to Impact and Scale Digital, the benefits were evident immediately. A success team understood the requirements and worked through onboarding in such a way that these would be met, enabling the brand to launch its programme during the peak of the January sales – the best time for them – while also helping transition existing partners across and build a proactive relationship with relevant publishers.

In Scale Digital and Impact’s Partnership Cloud, eve found a shared desire to improve business performance with transparency over what could be done with technical tracking, from the outset. “With Impact and Scale Digital, we saw massive improvement to our business in a very short time all thanks to us getting access to every aspect of their offering,” says eve’s Andy Boddy.

A huge uplift in profitability through partnerships

The partnership team at eve Sleep is clear that its work with Impact and Scale Digital has been one of the business’s key success stories of recent months, saying it has “fundamentally changed” the organisation. Partnerships has in fact become the biggest revenue-driving channel for the business, which was historically running a lot of business on a cost-per-click basis; with it now seeing its biggest traffic source coming through a CPA basis modelling performance. The level of profitability the company is now seeing can be attributed in no small part to the switch in how it acquires traffic and orders, with UK revenue up 114% YoY.

Stephen Kerin, founder at Scale Digital adds: “It has been an absolute joy to run the eve affiliate programme. The range and quality of the eve products speak for themselves but the flexibility and understanding of the channel by the marketing team and their use of Impact technology both on site and with the partners has been the real driver that has resulted in this success.”

Automation frees up the team to drive performance

One of the most significant impacts of this collaboration, however, has proven to be the vast number of man-hours that are now saved through automation. Where eve previously spent the best part of a week validating transactions manually, team members are now free to concentrate on scaling the programme, building relationships and identifying new publishers.

By moving to Scale Digital and Impact, eve has been able to work with technology and partners to drive incremental sales and boost performance, with full transparency across the various parties involved. With visibility when running promotions, the team was empowered to ramp up appropriate promotions with key partners, including some partners who have seen triple digit revenue growth. Together, Scale Digital and the Partnership Cloud enabled eve to build a strong relationship with publishers and to have clear and fruitful conversations on performance and expectations.

Andy Boddy, eve, concludes: “I cannot recommend Impact and Scale Digital highly enough to anyone looking to build a strong, effective, successful affiliate program. Their expertise has directly affected our business profitability – I only wish we’d known about them both sooner.”