What do advertisers need to know about TikTok before investing in the platform? 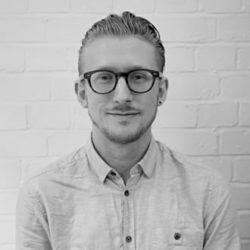 The colourful, loud, time-sucking vortex that is TikTok has taken the Western market by storm over the past 18 months, and it seems that now it has finally entered the psyche of the modern marketer. With more than 500m users worldwide, TikTok offers a sizable opportunity for brands to reach highly engaged audiences; and it’s not just younger generations, the presence of older users on the app is growing now too.

In line with its ever-growing user base, TikTok has been focussing on cosying up to advertisers to help convert its influence into revenue; including the launch of Tiktok For Business, a marketing solutions platform for brands. It has also been on an aggressive hiring spree across Europe, with plans for an HQ in London.

While it’s not yet the first port of call for brands’ social spend, interest in the app’s potential for marketing is growing – so what do advertisers need to know about TikTok before investing in the platform?

What does TikTok for Business offer to brands and advertisers?

With its message ‘Don’t Make Ads, Make TikToks’, TikTok is expecting advertisers to create native content that blends in seamlessly with the user-generated content (UGC) that it’s famed for. Consequently, its ad rankings weigh heavily towards engagement metrics like dwell time and shares. Ultimately, if a brand can create content that is akin to the user-generated content already on there – dancing, memes and lip-syncing, to name a few; something that users want to watch repeatedly, and share with their friends – then they’re on the right track to building all-important brand recognition among a highly engaged audience. There have already been some great examples of well-executed campaigns – such as this one from Dettol in India.

Like any form of creative marketing, if all brands had a secret sauce that created viral moments with their core target audience, then they’d all be dancing like the TikTokers. However, generating creative assets at scale, that are specific to a platform and in keeping with its UGC aesthetic can be counter-intuitively resource-intensive for traditional brands more attuned to creating polished digital assets – assets that have already been created for other platforms like Instagram Stories, Snapchat and DOOH. I expect this to be a challenge and barrier to entry for most brands, one that will prevent them from spending too heavily on TikTok in the near future.

That said, the cost of implementing a TikTok campaign also comes in as relatively cheap in comparison to other social rivals; with TikTok’s cost-per-thousand-impressions sitting at around $1 compared to highs of $4 on Facebook’s news feed and Stories. For those who wish to experiment and unleash a new creative, it will come at low risk and could be a fun way to try out assets you’re not too sure about, particularly given the priority we understand that the TikTok algorithm gives to engagement and dwell time metrics.

It’s expected that TikTok will continue implementing new tools and tech to encourage more advertising spend on the platform. It’s already launched a more standardised digital ad platform structure, for example, with its self-serve platform for advertisers; following in the footsteps of its fore-sisters Snapchat and Instagram, who sought to make advertising with them less time-consuming and more accessible. This self-serve platform gives marketers the tools needed to create audiences, find influencers and optimise campaigns. I expect to see more from the platform in this direction, including automated approvals and tools to assist with creative partnerships.

What to look out for

Of course, TikTok has had more than its fair share of press – both good and bad – over the last six months, leaving many questioning the future of the platform; particularly in the US as President Trump continues his fight to ban the platform unless it can be purchased by a US-owned business. This, alongside a number of brand safety issues and community guideline breaches, is something to be aware of if you’re a brand looking to invest – as you would with any social media platform you’re planning to run a campaign on.

When it comes to POTUS’ famous dislike of the platform in the US, the realities of modern self-serve advertising platforms is such that if the US did ‘ban’ TikTok, it’s relatively easy for a brand to reinvest their marketing dollars elsewhere, whether that be Facebook, YouTube, Snapchat, Twitter or the wider digital ecosystem, therefore I wouldn’t be too concerned about this in the short term.

Advertisers on TikTok will largely encounter the same ‘brand safety risks’ as those across any social platform whose business model is built on its users sharing content. The recent Facebook boycott has brought to light the huge amount of investment spent on both human and machine learning-based content moderation across the industry. But in TikTok’s case, you can’t choose specifically which content your brand appears before or after in the full-screen ‘stories’ format, meaning you could easily appear next to something undesirable; something that will need to be taken into account when making investment decisions.

TikTok has become a form of light relief during lockdown; with generations flocking to it for hours at a time to escape the drudgery of life in a pandemic. What we do know is that its own advertising spend is aggressive and its algorithm makes it a unique platform for advertisers to experiment with. We haven’t yet seen this reflected in a significant shift of investment to the platform as the pandemic means we’re experiencing more propensity for stability and safety, with many brands sticking to tried and tested social media strategies. However that’s not to say this won’t change, and rapidly.

Ultimately, we’ll see the value in it when we see the second, third and fourth brand campaigns coming through; at the moment it’s cheap to experiment with but the real proof will be in the pudding.