Will the ‘Genuine’ Influencer Reign Post-Pandemic?

We are entering a new era for influencer marketing – an even more exciting one where attention will be both afforded to and retained by those who ‘get’ their consumers and reflect the values they have come to cherish now more than ever before. 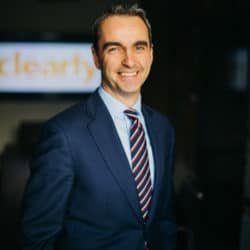 For those of us with a few more years on our CVs, the circumstances we find ourselves in today have similar undertones to those experienced more a decade ago. Back then, as now, the media was awash with industry commentators predicting the rise of this, or the demise of that. Some of those predictions amounted to very little other than supposition, while others were on the money. For the here and now, arguably the most vocal debate taking place is that which relates to the future of influencer marketing. More specifically, does it even have one?

Back in 2010, as the green shoots of recovery began to show themselves after what had been the most severe economic downturn in a generation, several predictions began to emerge. Some suggested that Google might be on the slide, with Yahoo! and AOL showing signs of a resurgence. We now know how that turned out.

Others tabled the notion that brands would concentrate their outreach efforts on social syndication as a means to cut through the increasingly audible noise being created by the proliferation of the media. By promoting their content online, brands could drive traffic to their websites, reach wider audiences and hopefully better engage with them. This has happened; a number of surveys conducted over the last two years have found that around 65-70% of marketers now use content syndication as part of their overall promotional strategy; this author is inclined to believe that this will rise in the months ahead, and beyond.

What’s next for the influencer?

What’s less clear during the current pandemic, is where influencer marketing goes from here. There is no doubt in my mind that it is facing an existential crisis right now. Consumers – all stakeholders – are becoming financially spent.

Many more are rejecting the mindless fare provided by social-media influencers and the hyperbolic communications emanating from brands in favour of congregating around those who are both authentic and can address their needs (and wants) in the here and now.

Indeed, the last few months have seen consumer values, priorities and motivations change immeasurably. From greater care being afforded to one’s personal health and spending quality time with family, to interacting with social networks on a scale (and frequency) not done previously, people are feeling and experiencing life on a different plane to what has gone before.

While some might argue that this is precisely the right time for the escapism that influencers can provide, theirs is a voice that is more a whisper than a shout. Rather, the catalogue of gaffs performed by several influencers soon after the lockdown had begun brought home not only the disconnect that exists between them and their fans, but also a sense of detachment from the realities of the situation which many of their followers are facing. This has led to significant disenfranchisement and a mass movement of many influencers away from the limelight.

However, I see this as a temporary state of affairs and not an indication of things to come. Influencers do still have a role to play for brands – they still need to ‘influence’. But they’re running out of things to say that can add any real value or relevance at a time of crisis that enables them to maintain a ‘connection’ with their audiences. This can of course be turned around and the savvy ones will reinvent and rebrand themselves in ways that demonstrate their value and relevance. And when that happens, influencer marketing has the potential to become even bigger than it ever was. This is because we – yes, you and I – still find interest in what they have to say, and we can prove it.

The impact of the influencer

In May 2020, Clearly PR & Marketing Communications, undertook a unique piece of market research. We wanted to gain a better understanding of the content that resonates most with consumers (by which we mean customers in both the B2C and B2B sense) and how the producers of this content can get theirs noticed in the attention economy. Of the 503 business and brand leaders from across the UK who took part in our study, 49% stated they are attracted to a piece of content if its author or producer is a recognised figure, or that the content has been shared by an influential figure.

Furthermore, when asked what subsequent action the consumers of this content had taken, one in five (20%) stated they had gone to on to purchase the product or service being represented by said influential figure. Our findings reinforce those from IHS Markit.

They found that the average consumer notices 500 pieces of noise (advertising, social media, PR) every day – 150 of pieces are created by brands, while 350 are generated by individuals. What this tells us is that brands have become increasingly challenged to find innovative ways to get their products or services seen, read and heard by as many of the right people in the right way and at the right time.

So, in addition to traditional approaches such as branded social media or PR outreach strategies, which continue to play a key role, they’re also incorporating influencer marketing into the mix. This practice has more than proven its ability to be the proverbial hot knife through butter. At best, I see there being a ramping up of influencer marketing activity when we finally emerge from the current situation; at worse will be a resumption of pre-pandemic levels.

The genuine influencer will reign post-pandemic

Influencers have not gone away, and nor should they. For some, the forced environment which we have all been entrapped will see some simply disappear and be forgotten about. For the majority, however, it will serve as a wake-up call – one that will be full of the realisation that to be a ‘true’ influencer is not about how many ‘likes’ one can garner. Rather, it is the way in which greater connections are formed and based on a deeper understanding between influencers/brands and consumers. This, in turn, will stimulate better, mutually beneficial relationships that are no longer for the here and now, but the longer-term.

We are entering a new era for influencer marketing – an even more exciting one where attention will be both afforded to and retained by those who ‘get’ their consumers and reflect the values they have come to cherish now more than ever before.

Paul MacKenzie-Cummins is Founder and Managing Director of Bath-based PR agency, Clearly PR. He founded the business in January 2014, after eight years operating as an independent PR and Editorial Consultant for clients throughout the UK, Europe and USA. He previously spent 11 years working in the advertising and publishing sectors.