COVID-19 and the Long Term Value of App Downloads

Both apps and publishers have benefited from a huge surge in traffic. How they retain these new audiences will define their success well beyond COVID-19. 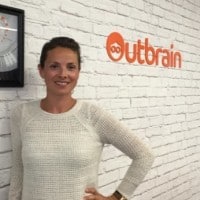 Is there an app for that?

In the time of COVID-19, most of us are relying on apps more than ever as they become central to our day-to-day routine. The stats supporting this claim are overwhelming, app downloads are certainly on the rise. In the US alone, categories such as groceries, restaurant deliveries, remote working and telehealth have all seen a well over 50% increase in app downloads in February 2020 vs. December 2019. While apps are happy to be benefiting from more downloads, what they should be thinking about is metrics like Lifetime Value. Downloads are the first step, but the end goal is retaining customers well after the pandemic is over.

In a poll taken at the App Promotion Summit in early April, 86% of marketers said they had amended their marketing plans in light of the crisis and the vast majority of them thought Lifetime Value was the most important metric. On Outbrain’s Native platform we are seeing that brands who are adapting to the crisis – testing new images, headlines or targeting – are getting excellent results, far beyond just downloads. Unsurprisingly, on average between February and March we saw lower cost per install across the board, ranging from 33% lower for education apps all the way up to 46% lower for health and fitness apps. However even more interestingly, these same brands are also seeing lower cost per in app conversion, ranging from 17% lower for finance brands, up to 46% lower for health and fitness apps. And last but certainly not least, Lifetime Value is up by up to 30% for verticals such as gaming.

During this COVID-19 period, a comparison can be drawn between apps and publishers, both are benefiting from a huge surge in new users. While apps have had an easier time monetising these users in the short term, both must think beyond the current bump in numbers and implement strategies that will allow them to retain these new audiences well after COVID-19. As they acquire qualified users that have the potential to become loyal users or subscribers, marketers like publishers are testing and learning for the winning strategies. A lot of learnings can be taken from former (smaller) surges in traffic around world events such as elections and global sporting events.

More than ever marketers should be focusing on channels that bring in qualified users versus just quantity of users. With so much scale widely available, the focus should be on identifying the users that will not just download your app but will actually use your app.

This is where a debate around the role of content comes into play. The marketers polled at the App Promotion Summit were split down the middle on this question. In terms of conversions alone, 53% thought sending the user straight to the app store was more effective, whereas 43% thought sending them to a content page was more effective. Testing scenarios is probably now more than ever the key to success, as we all navigate these strange and uncertain times.

Innogames, an early adopter of Native, is a great example of a brand that is always testing. The video game company specialises in desktop and mobile games, and while their games are

free-to-play. They opt to monetise through in-game purchases. In their campaign for Forges of Empires for instance, depending on the device, the user was redirected to either a landing page hosted on the InnoGames site or sent directly to the App Store/Google Play Store. Using the right targeting tools they were able to reach the right audience on the right device/OS and maximize the profitability of each new user.

What makes the current COVID-19 crisis so unique for marketers, if that we cannot plan ahead. While there is plenty of guessing and theories as to when life will return to normal, or perhaps a new kind of normal, more than ever it is essential that brands stay on the pulse of what is relevant and how that is changing week on week.

In March, we saw a huge surge in audiences across Outbrain’s premium publisher site engaging with content related to health, recreation, technology and business and finance. A few weeks later we already see those numbers changing with categories such as entertainment taking the lead. More than ever marketer must keep their finger on the pulse of what their audiences want and ensure their message is relevant.

What to expect next?

While we continue to deal with the many unknowns, one thing has become abundantly clear – consumers are, and will continue to, adapt during this crisis, For app users that might mean downloading new types of apps or using existing apps differently. Dating app Tinder for instance, might have expected a decrease in activity following social distancing and lockdowns across most countries. Instead, they gained a 20% increase in conversations since February, and on March 29th had their busiest day for swipes in the app’s history. Singletons have adapted to their new environment and marketers must too.

More data from App Annie, confirms that “time spent in apps in Italy grew 30% in March from Q4 2019, while France, Germany, and the US have all had 15%, 10% and 10% growth respectively.” While engagement is high, what the data does not tell us is how many apps that attention spreads across. It’s one thing to download an app, it’s another to make it part of your daily routine.

As Head of International Marketing, Antonia manages Outbrain's marketing and communication strategy across EMEA, APAC, and LATAM. Prior to joining Outbrain in 2014, Antonia led marketing initiatives across multiple Wealth Management functions at HSBC and worked in CNN International's consumer marketing division. Antonia began her marketing career 10+ years ago in Canada at Cadence Communications, a media and creative agency.