How to Get Your Media Buying Strategy Right this Super Bowl

Tarmo Tammel, performing advertising expert for Adcash explains how media buyers can leverage the Super Bowl to effectively get relevant ads to the right people at the right time through correct targeting, geographic location, and tools. 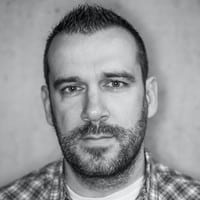 January can feel like a slow month for media buyers. The back end of 2019 was filled to the brim with advertising opportunities, taking advantage of consumer spending from Black Friday right through to Boxing Day sales. It sweeps you off your feet, but by the time the new year rolls around, January, in comparison, can be a little underwhelming.

All hope is not lost, however, because Super Bowl 54 falls on February 2, and millions of pairs of eyes will be fixed on the action taking place in the Hard Rock Stadium, Miami, as the San Francisco 49ers take on the Kansas City Chiefs.

The culmination of the National Football League’s (NFL) 100th season is expected to draw in massive global audiences. Last year, it is believed that 100.7 million viewers tuned in to watch the New England Patriots overcome the LA Rams to be crowned champions of the 2018 NFL season. While that number may have dropped from the previous year, the event broke streaming records, with the match having been watched across 7.5 million unique devices, up more than 20% from 2018.

This, of course, offers up a huge opportunity for media buyers and affiliates in their pursuit of crafting the ultimate digital advertising campaign. With a growing number of viewers choosing to tune in across digital platforms, media buyers need to carefully consider their strategies in order to find the best audiences and achieve the highest conversion rates possible.

Showing an ad to the right audience is the key aim of every advertiser, and through analysing user interest, it can now be put into practice effectively and with ease. Paying attention to the behaviour of users allows for a higher chance of better ROI for an advertiser – with the increased likelihood of reaching those that would be interested in the ads themselves. This also works to the benefit of users – who appreciate more relevant ads – and publishers, who create a better environment for their site visitors while receiving revenue from displaying the targeted ads.

As we edge closer to the Super Bowl, media buyers can use keyword targeting to reach the most relevant consumers for the event. Terms such as ‘NFL’, ‘Super Bowl’, or even a team name can be used to find the best audiences around the season pinnacle.

Targeting: Make sure to choose your platforms wisely – based on targeting options – to ensure that your ads will only be shown to the most relevant people who will likely convert.

Location also plays a crucial role in making sure digital ads are hitting the mark around the Super Bowl. Leveraging modern Demand-Side Platforms to programmatically exchange ad inventory between advertisers and publishers provides a turnkey solution for helping both sides to gain maximum exposure around sporting events in real-time, regardless of location or time zone.

The Super Bowl typically pulls in a global audience, and 2020 is expected to be no different. As a result, while time zones must be considered across the US, it’s also worth factoring in timings across the planet. In 2018, London born running back, Jay Ajayi, featured for Philadelphia Eagles against the UK’s favourite side, New England Patriots, in the NFL decider. In turn, there was a swell of support from the British public. 1.2 million viewers tuned in at 11:30pm on a Sunday night that year – an unlikely yet brilliant opportunity for advertisers.

Media buyers should look to take advantage of this all over the globe. The Super Bowl has the potential to generate a huge amount of traffic in the most unexpected areas, and it’s down to media buyers to exploit it.

GEOs that are likely to drive a high amount of traffic: USA, Canada, United Kingdom, Australia, Mexico and Brazil.

The timing of digital ad campaigns is essential around sporting events. If you are a media buyer in the sports field, staying on top of the sports events schedule and planning ahead of time is absolutely crucial, and will determine what to promote, where and when.

The build-up to the Super Bowl has been generating over the last few weeks, and as the event nears, the call to action should become increasingly overt and the reach should be expanded as wide as possible. Of course, relevant traffic rates do increase during the event itself and many advertisers want to reach the same user at peak times. It is therefore important to free up the highest budgets and increased rates available at peak times, as well as loosen up the frequency of the ads slightly to get the maximum exposure.

Ad schedule: Super Bowl takes place on Sunday, the 2nd of February. Make sure your budgets are open during the game time or leading up to the event and pay attention to different time zones and be sure that your ads are running at the right time.

As with many other aspects of modern business, sophisticated machine learning is beginning to take away the ‘heavy lifting’ from advertisers to enable seamless, automated ad optimization. One particular tool driving this intelligent approach to performance marketing is Cost-Per-Acquisition (CPA) Target bidding – an emerging bid type that automatically optimizes the campaign’s bids based on its conversion rate.

Today, advanced machine learning algorithms power CPA Target and Smart CPA tools to identify the best segments as well as the best bid for each impression, by intuitively adjusting to traffic performance changes on the fly. If the traffic source meets the target set by the advertiser, bidding is continued automatically to achieve the maximum number of conversions with minimal effort from the campaign owner.

CPA Targeting could play an important role for media buyers around the Super Bowl. If your product is relevant to audiences, the tool can be used to find the best ad placements for the best prices – ultimately improving ROI and likelihood of click-through rates.

Super Bowl 54 will undoubtedly impress. If the game itself doesn’t live up to expectations, the half-time show will. Regardless, over the course of the four hours that the 49ers and Chiefs take centre stage, millions of worldwide viewers will be glued to their seats. It’s an opportunity you cannot miss.

Tarmo Tammel is Adcash's Performance Advertising Expert and has been working at the company for 7 years. During this long period, he’s worn many different hats and has developed a large pool of knowledge to share. Having the experience from both sides, Tarmo’s tips are relevant and useful to advertisers and publishers both. His knowledge of the inner workings of the Adcash platform can help to improve performance significantly.