How Enterprises Can Adopt a Fail-Safe Strategy for Innovation

What can businesses do to minimise the chance of failure while still allowing themselves the room to experiment with new ideas? 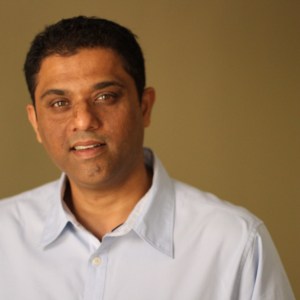 If the universe is always expanding and the world is in constant flux, it stands to reason that any enterprise within it must be ready to adapt and grow. Innovation is the key to advancement, and sustainability for every business is as inevitable as change. Just think of one-time market leaders such as Kodak and Nokia, who fell by the wayside because they weren’t fast enough to innovate or adapt to changing market dynamics.

According to a survey from McKinsey, 80% of executives think their current business models are at risk of being disrupted in the near future. In addition, 84% of them say that innovation is vital to their growth strategy. But despite knowing that their businesses may be in peril, most companies are unable to change fast enough to stay assured of their continued success.

This hesitation exists because innovation comes at the cost of high risk. According to the Startup Genome report, 92% of startups fail. So what can businesses do to minimise the chance of failure while still allowing themselves the room to experiment with new ideas?

The BCG Global Innovation Survey claims that the biggest obstacles for innovation are long development cycles and selecting the right ideas. The core challenge for organisations is the speed at which they can roll out new initiatives.

Every digital transformation starts with certain hypotheses and assumptions. Most often, validation of its success or failure happens at the end of the cycle — when it’s too late for course correction. Thus, before organizations embark on a large-scale digital transformation project, they need to set themselves up for agile production and delivery model.

The answer is the delivery of digital solutions in “micro-increments,” which breaks down a large, complex deliverable into smaller chunks. While this concept has been around for a long time, recent advancements in software technology, development processes, and system architecture have enabled its successful execution.

To build a fully agile delivery system, enterprises need to carefully invest in adoption frameworks, tools, and processes that enable an incremental approach.

Enterprises should adopt lean processes and methodologies, such as Agile or Kanban. These methodologies enable development teams to deliver product features in short iterations while being sensitive to the capacity of the workforce and encouraging rapid response to change. BCG research indicates that “the companies that deploy the principles of lean R&D reduce timelines by double-digit percentages, as well as increasing efficiency and overall value.”

The use of rapid application development (RAD) tools can accelerate build time and increase the reuse of front end components. Because of its adaptive approach to software development, RAD tools could lead to 67% faster delivery, 80% less code, and 75% lower cost than a traditional development approach.

Organisations should look into microservice architecture — which structures an application as a collection of loosely coupled services — allowing for easier development, testing, and deployment. Although there are several benefits, the biggest advantage comes from an IT perspective. Complex technology systems can be broken down into more manageable modules that are maintained and scaled independently. Microservice architecture also enables the reuse of backend services.

On the front end of application architecture, a new approach called micro apps is bringing about a paradigm change. Micro apps are lightweight apps that enable users to perform a single task. As single-purpose apps with a limited scope, they dramatically reduce the time and complexity of delivering new features; these apps can then be bundled to create a fully-functional service. Micro apps are also typically developed in HTML5, making them cross-platform compliant out-of-the-gate and even more attractive to enterprises.

In sum, the key to faster market launch with any digital transformation is to design the organisation to deliver in micro-increments. This structure enables companies to test new waters sooner, make mid-flight changes to adapt to user feedback, and — ultimately — stay ahead of the competition.

Praveen Kanyadi is Co-founder and VP Products at SpotCues, a micro-app platform that helps organizations rapidly mobilize their workforce. Praveen is an experienced product leader who has successfully led product teams, hired & mentored product managers in fortune 500 companies and startups. In his previous role at Yahoo, he built social experiences that reached over 750 million end-users. Praveen also holds a patent publication in the social space. Praveen started his career as a software developer in the ERP and Middleware technology and went on to lead large scale implementations in the US, Europe and the Middle East. In the past 5 years, Praveen has extensively worked in developing mobile-based solutions in the B2B and B2C space and these solutions have been deployed at large enterprises across the globe. Praveen is a foodie who loves trying out different food and cuisine. His retirement plans include travelling around the world and tasting every cuisine out there.