Dan Sweeney investigates why advertisers need to branch out beyond traditional affiliates and recruit content publishers, giving you access to larger and more varied audiences, and engaging and converting customers. 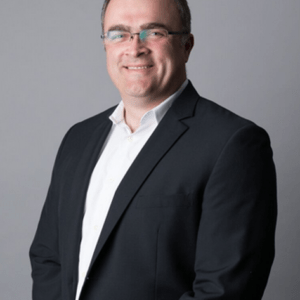 The fastest growing affiliate programs actively recruit publishers to their programs. They invest in new publishers and test out new models. Data shows that the publishers recruited into affiliate programs over the last five years deliver over 45% of a program’s revenue, resulting in strong year-over-year growth. These publishers tend to drive the most revenue in the second and third year they are joined to a program. So, thought of another way, bringing new publishers to the program is a long-term investment in an advertiser’s program that tends to bring a double-digit return in year two and three.

What publishers are best?

The most abundant publishers are coupon and loyalty publishers. Questions and concerns have been raised about how incremental these publishers are. Google and comScore recently did an analysis that demonstrated that these concerns are much smaller than expected and advertisers shouldn’t artificially minimise the value these publishers can bring. But it ultimately depends on your business goals and how those align with various publisher models. When considering how to invest your marketing dollars, it is important to think about how much additional value a publisher can deliver when compared to the other marketing channels you are leveraging.

For example, we tend to see higher levels of incrementality from content publishers compared to most other publisher types, but when you analyse loyalty publishers, you see very strong stats (high average order value, low return rates, highly increased propensity to purchase over time) that would certainly outstrip the kinds of return on ad spend (ROAS) that the large social and search walled garden advertising environments are able to deliver. It’s important to take a more holistic view and reallocate investment where it can be used most effectively.

Affiliate, as a whole, provides much better incremental ROAS than these other environments. So, while advertisers should broadly invest more heavily in the affiliate channel, sometimes a more specific argument is useful to reallocate budget. In this case, I often advocate for content publishers. Within this group, there are two subtypes of content publishers that stand out: mass media (aka commerce content) publishers and influencers, both of which have been the two most desired publisher types in the last five years.

Publishing conglomerates and online-first publisher companies (such as CNN, Buzzfeed, Wirecutter, et al) have been looking to find new revenue streams as subscription and print advertising has declined in the past decade. XO Group, which owns TheKnot, recently reported that their advertising revenue had declined by 25% year over year. “Digital ads might be something that’s declining, but the desire for couples to get good advice is still the same,” XO Group chief financial officer Gillian Munson said. “You’re effectively replacing monetisation vehicles.” This new monetisation vehicle is driven, using affiliate, by a Commerce Content division that specifically looks to publish editorial-style content around their product and service recommendations across their massive reach.

Influencers (generally defined as those whose audience is accessed on third-party social media platforms) and bloggers (who have their own sites) have large and engaged followers. These present a great opportunity to advertisers by offering a genuine voice to an audience who inherently trusts what they have to say about the products on which they put their stamp of approval. For example, a shopper is more inclined to purchase a cookware set recommended by a chef they admire (or a publishing brand they trust) rather than by recommendation of the brand directly, especially if it is a brand they are unfamiliar with.

Working with content publishers is a great way to reach new customers as advertisers see, on average, higher new-to-file rates (51% with content publishers vs. 31% network average) and higher average order values (32% higher AOVs than network average). For example, denim and apparel company Lucky Brand was looking to engage and acquire new customers through the reach and quality of influencers. They worked with CJ to connect with these influencers. As a result, the influencer campaign within their affiliate program drove 71% new website sessions (exceeding their goal by 25%) and delivered a 126% higher ROAS on subsequent campaigns.

During a time when growing new customers is at the top of nearly every brand’s business goals, diversifying—and expanding—reach through reallocating low- or negative-ROAS budget into new affiliate publishers is one of the best ways to do that. Engaging these publishers—especially ones that strategically align with one’s business goals—allows advertisers access to larger and more varied audiences, which increases the opportunity to engage and convert customers not previously reached in a highly effective manner.

Dan joined CJ Affiliate in 2003 and has shaped and guided CJ’s strategic development across many departments, including its business, advertiser, and publisher development teams. In his current role as vice president of publisher development, Dan leads the team that facilitates and expands the global distribution partnerships and affiliations that are responsible for the reach and growth across the CJ Affiliate platform. Dan graduated with a BA in Economics from Harvard University and now lives in Santa Barbara, California where he was part of the non-profit that successfully built Santa Barbara’s only ice skating and hockey venue, Ice in Paradise.