Tom Cijffers unravels the mysteries of Amazon and offers advice for advertisers wanting to perform better on the ever-growing, continuously changing marketplace. 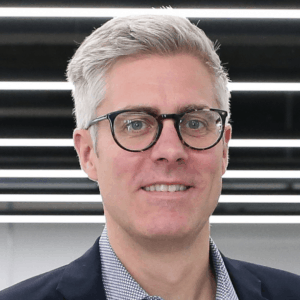 Amazon has an ever-growing share of the advertising landscape. Brands generally understand how to activate on the media side, which has become much easier than it was but there’s still a lot of uncertainty across the platform as a whole. Let’s look at some of those challenges.

The art of Amazon for brands

On paper, Amazon’s search works in a similar way to Google or Bing but it’s far from the same. The keywords you’re bidding on in Amazon can be different to those on the more traditional search platforms. Also, there’s no impact on organic from paid activity on Google and Bing, which means you could (in theory) ‘own’ the natural term and not bid on the paid term – or vice versa.

While no-one really knows exactly how Amazon’s algorithm works – except Amazon, of course – natural ranking does seem to be impacted by historical sales volume, so selling more pushes you up the organic rankings. A sensible way to increase sales volume is through paid search; there is a method but keeping up requires vigilance, and this can be a challenge in itself.

While Amazon still has a long way to go to catch up with Google and Facebook, its advertising business is growing rapidly. The ad product is yet to reach its full potential but the business isn’t afraid to try new things. In the meantime, search, and, increasingly Amazon DSP, give it a very solid core proposition.

In the latter case you can take a particular audience segment, such as new mothers, that demonstrably fall into that category, given their purchase behaviours on the platform. Amazon then places your ad within and/or outside of its walled garden against people they know have bought certain things. It’s a smart approach but really it should be assessed against any other data set that you get in the marketplace, whether that’s shopper data or loyalty card data etc.

Amazon doesn’t look at it this way, of course. It doesn’t want its own data to be compared to a broader set of competitive data sources in that part of its offering. Rather, it wants to present a joined-up offer, as one big buy to brands that builds on the power of its premium search proposition. Therefore, connecting the dots requires your own detective work.

It’s a hugely challenging environment simply because there are so many factors to consider, many of which aren’t directly related to the media or even advertising: there’s supply chain, pricing, managing reviews, the list goes on, and many considerations will be specific to the product you’re selling. The key question for many now is: how can they join together all the parts of their business on the platform?

Subsequently, there’s an ongoing discussion within brands over where the primary responsibility for Amazon lies – should it be sales, sales planning, marketing, or something else entirely? If you don’t have a single point of contact for an ecosystem as complex as Amazon, you’re stuck having to align across multiple departments, which is often easier said than done.

Amazon requires a very specific skillset, and clearly it makes a lot of sense for brands to bring senior specialists in-house. Most significantly, they will understand which partners are needed to get the most out of the platform. This investment helps ensure processes are aligned across the (very) many moving parts, spanning all touch-points – both digital and physical.

Brands also understand they need agency resources to help them with strategy and, critically, to execute quickly because Amazon is becoming an increasingly competitive space.

Clearly, Amazon has a long term strategy and isn’t going to sit on its laurels. In November last year, Jeff Bezos made the point to staff that the company is not too big to fail. It isn’t afraid to experiment with products, business models and indeed whole new market propositions. For every Echo there’s a Fire Phone but this willingness to try new things – and sometimes fail – certainly extends to its advertising offer.

This means brands can equally never afford to stand still because they can be sure Amazon won’t. Never assume that you ‘get’ Amazon because it’s almost inevitable the goalposts will keep shifting.

Tom held senior roles at two of the best-known agency networks in the world before moving to Artefact to help deliver on its ambition to become the biggest independent marketing group in the world. He spent 16 years at ZenithOptimedia, rising through the ranks to become UK managing director, also sitting on the combined UK and worldwide management board. Tom then crossed the Atlantic to spend three years as chief client officer USA at WPP’s MediaCom, before returning to London to lead the newly formed Artefact UK.