How Creative Coupons Can Secure Traffic This Black Friday

Marketers should be creating a unique coupon code campaign to win the battle for traffic – and subsequent sales – during Black Friday. Here are creative ideas for making your coupon campaign stand out from the crowd. 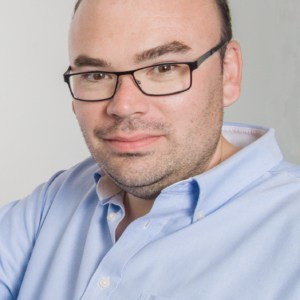 As the end of the year approaches, so do the busiest days in the e-commerce calendar. From November to December, Black Friday, Cyber Monday and Christmas all offer enormous opportunity for seasonal sales. Indeed, in an effort to stand out from the crowd Acceleration Partners found that three-fifths of UK online retailers have already begun planning for the biggest of these, Black Friday.

It’s no surprise as to why. In November 2016 the Telegraph reported that Black Friday bargain hunters – preferring to stay away from the high street – spent approximately £5.67 billion online. The result meant that in 2016, 4.3% of total online sales were spent on Black Friday weekend alone.

With such high online sales constrained to limited seasonal dates, the fight for online traffic this Black Friday is sure to be intense. Yet, for such an intense fight, the fighters seem to throw the same weak punches.

Year on year, companies present the same unimaginative promotions, and year on year, consumers look right past them. Retailers need to use promotions to fight their way to the front of consumers’ minds, and yet their dull discounts do nothing of the sort.

Asa Griggs Candler realised the power of intuitive promotions back in 1887. In an attempt to promote his beverage company, he created the first-ever coupon, an offer for one free drink. This unique marketing tactic – coupon codes – changed the game for his company and 8.5 million redemptions’s later transformed it from a tonic to “the most popular soft drink” in the world – Coca-Cola.

Marketers should now be – and should’ve been for the last 130 years – creating a unique coupon code campaign that stands out; winning the battle for traffic.

To save ourselves from yet another dull year of 10% off’s, here are some quick, innovative and unique ideas to help your coupon campaign win the fight for traffic – and subsequent sales – this Black Friday.

With so many retailers offering big Black Friday discounts, a standout discount is needed to really catch the eye of the consumer. Although offering huge discounts like 50% off can certainly drive traffic towards your site, these same discounts can completely destroy your margins, and are not worth the risk.

So, why not create a mystery discount promotion that offers the possibility of these discounts but doesn’t harm your margins? A Black Friday mystery discount is a discount that only reveals its true promotional saving at checkout.

The idea is that your mystery discount code advertises anywhere from 10% to 50% off. The possibility of a 50% discount is certainly going to draw consumers to your site first, and if you could make these mystery codes give out varying percentages off, averaging out to the typical 30%, then you would be offering just the same deal as your competitors but certainly have the more attractive looking offer.

The real beauty of this promotion is that it only reveals the discount once at checkout, so even if the discounts are a somewhat measly – for Black Friday standards – 10% off, they may still convert the purchase simply for convenience sake.

Indeed, part of the appeal of Black Friday is the mystery. What items will be discounted? Which discount will be the best? Which retailer will discount what? So, not only will this promotion help your site be the first port of call but also provide an additional mystery thematic to your Black Friday e-commerce.

With Black Friday we’ve all seen the videos of crazed people rushing to stores, squashing others underfoot for the best deals. However – and perhaps predictably – more and more people are moving away from the high-street scrums and heading towards the safety of online channels. Last year high streets and retail parks saw footfall fall 3.6%, while online sales jumped 11.7% to a record high.

Creating a diminishing discount voucher would be a great way to create the same in-store Black Friday craze but for online channels. Marketers could create a coupon code that reduces the discount the longer it isn’t used, forcing people to consider their site first, and hopefully grabbing the lion share of Black Friday budgets.

Creating an even more crazed Black Friday, with deals that don’t just expire at the end of the day, but within a couple of minutes would certainly create the strongest call to action possible. Data shows that 83% of customers make unplanned purchases when they’re bombarded with a limited time promotion so simply portray your offer as scarce as possible and your coupons will be used more.

Andy Mulcahy, strategy and insight director of IMRG, notes “People shop in a lot more places than they would normally. Because they know everyone is offering massive discounts then they are inclined to shop around more”. So, having a promotion that gets people to your site first is vital for Black Friday success.

Early access to Black Friday deals is something Amazon regularly does. It’s a good idea to help reap the most of this seasonal spending time, however, it reduces the craze factor that does so much for call to actions.

A great initiative would be to have gated content that can only be unlocked with a coupon code.

This could be hugely successful for several reasons as it would reward loyal/other targeted customers with early access to deals, boosting customer experience. It also teases and excites with a ‘You can look but can’t touch’ aspect, boosting anticipation and craze. Thirdly, it allows you to create promotions that don’t harm margins. Instead of giving access to deal, give access to limited, exclusive products. It may also boost email sign-ups.

Ultimately, this, as well as these other concepts, would be successful because of their uniqueness. As the market for online stores is getting 20% plus larger each year, the pool consumers can pick from becomes bigger, making your dull 10% off promotion impossible to spot amongst the waves of others.

Making your coupon campaign unique, individual and ultimately stand out is essential for getting noticed. Black Friday is a highly intense battle for traffic – with a whopping £1.4 billion up for grabs, intuitive ideas will grant success – just look at Coca-Cola.

Chris is the CEO and Co-Founder of Uniqodo, a Coupon Service Provider that allows advertisers to change the way they market and message to their audience using codes. Chris founded Uniqodo in 2014, following 9 years working at the affiliate network, Awin.  Using Uniqodo, advertisers can make code redemption a tactical and creative marketing strategy and is now recognised as an important must-have technology provider to sit in every advertiser's marketing technology stack.