Attending PI LIVE for the first time and want to make the most out of the event? Vouchercloud's head of in-store Mark Andres brings you the Beginner's Guide to PI LIVE 2018 - all the essentials you need to know to ensure you get the most out of the performance marketing event of the year. 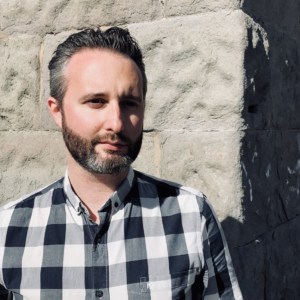 There are a few main reasons that I attend PI LIVE under the distinguished vouchercloud banner.

Firstly, it’s because you get all of the most important people in one place – you can meet and network while learning about how things work. This is particularly good because of the busiest time of the year for marketing in November to December so you can get those last minute opportunities booked in.

The other side is the education factor. There are different levels of talks going on – some of which are aimed at beginners – great for anyone who is starting out in the industry. Then you have the more advanced ‘hot topics’ talks for the veterans. There’s something for everyone.

What should you expect?

So, let’s start with one of the basics – Queue Buster. To beat the queues, you can pre-register in advance, receiving your ticket and lanyard beforehand via post. This means you can waltz past the scores of people waiting on the day and pre-pay for lunch as well. The level of smugness you exhibit doing this is entirely down to personal taste.

We’re not a suits industry – smart casual is perfect. Be presentable but comfortable – include a jacket if you’re feeling particularly fancy.

Prior to arriving, you’ll want to set out your gameplan. PI LIVE has an app you should download – you can look at every session that’s going on, choose which ones you want to go to, and organise yourself. More importantly, you can reach out to other attendees which makes pre-booking meetings with them that bit easier. Using the app, you can split contacts by sector, and then add them as a contact. Remember, though… quality over quantity – this is a close-knit community.

There are colour-coded lanyards too, indicating delegates who are either an advertiser, publisher, network or agency.

Once you’re through the doors, take a few minutes to get the lay of the land. Walk around and get your bearings. Help yourself to a coffee. (Top tip: the best is between the vouchercloud and Groupon stand.)

How to make the most of networking opportunities?

Business cards seem to be a dying breed in the mainstream… but in networking this couldn’t be further from the truth – they’re vital. Don’t listen to the GDPR naysayers – you’re allowed to give business cards out to contact people…you’re just not allowed to add them to seven mailing lists.

Remember you’re attending PI LIVE for a reason. You don’t often get a great deal of time to speak with people, so you’ll need to get to the point quickly and concisely. This is where your elevator pitch comes in. Tell people who you are, what you do, and why you’re here – keep it simple and limit the jargon. There are some great networking spots throughout the venue, including the Beer Garden and Prosecco Lounge.

Taking someone out for dinner is a great way to build a relationship with a prospective client. Don’t talk too much about business, and since you’ve invited them, pay the bill. People ultimately do business with people – it’s all about building a rapport. If anyone needs an example of what this looks like, there’s an amazing analysis from The Office (the American version, unfortunately.) It’s a little slapstick, but the basics are all there.

There’ll be the official one, and possibly an unofficial one afterwards. The foundations of the affiliate world are built in these parties. Back in the old days, it started off down the pub. We’ve grown it a little since then. While coffee fuels the days, after 8pm, it becomes a job for alcohol. Know your limits, though. You’ll need to be fresh for the morning.

My birthday is usually around this time (cake graciously accepted). One party I made the mistake of overdoing it slightly due to an overly generous PI LIVE founder who shall remain nameless… which meant I missed out on some of the more interesting morning talks. Learn from my mistakes. After the event, make sure you follow up, too. PI LIVE is never truly over.

The next step is to look at the awards. There’s a real holistic offering behind PI LIVE – it really is about the community. Often, the very people you’ll collaborate with on these awards will be met at the event.

Awards focus – discuss ‘holistic offering’ and benefits across the board… awards are a more ‘advanced’ segment, beginning with initial activity at PI LIVE. Who knows, you might be shortlisted to win an International Performance Marketing Award (IPMA) someday… this year, we’re up for two!

The performance marketing industry is very close-knit – everyone seems to know everyone. Being seen and building those relationships in this industry is so important. The biggest reason for me is about being seen at the forefront of the industry. It’s vital to be recognised.

With over 10 years in the performance marketing industry, Mark Andres, head of in-store and partnerships, is at the forefront of vouchercloud’s bricks and mortar presence. As one of the creative minds behind vouchercloud’s affiliate proposition, and part of the team that created the world’s first voucher app, Mark is a key presence in an industry-disrupting organisation.  In the voucher industry, Mark pioneered a new approach for the industry, running the first multichannel affiliate offer with Debenhams in 2010 - a strategy that is now standard practice. Today, Mark heads up vouchercloud’s efforts to bridge online and offline retail activity under the Groupon banner.