That was the description of the objective given by the international trade secretary, Liam Fox, last week when he made a speech detailing the government’s plans to boost the economy post-Brexit. Britain already punches above its weight, relatively speaking ... 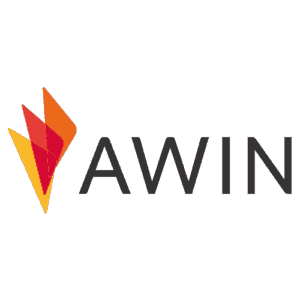 That was the description of the objective given by the international trade secretary, Liam Fox, last week when he made a speech detailing the government’s plans to boost the economy post-Brexit.

Britain already punches above its weight, relatively speaking, compared to other nations when exports are considered as a proportion of GDP. That figure currently lies at around 30%, with last year’s exports of goods and services rising to a record £620bn thanks in part to the weakness of the Pound since the referendum, encouraging overseas buyers to purchase cheaper-than-usual British products.

But the MP for North Somerset declared that the government’s aim was to increase that rate further to 35% with a notional 400,000 UK businesses that have the potential to export products and services currently without any international presence.

Given the potential growth this could bring to the economy there’s a huge incentive for the government to get behind this as a strategy. But actually providing such businesses with the support and means of achieving it has so far been somewhat lacking with critics suggesting that the newly announced initiative is simply “hot air” and won’t offset the damage done by a hard Brexit that could rock trading relationships with the EU, traditionally the UK’s biggest market for its exports.

Regardless of perspective, both sides agree that there is an enormous opportunity. But for businesses tempted to experiment with selling their wares abroad, the prospect of knowing how to attract the attention of new consumers, unfamiliar with a foreign brand, can seem daunting. Committing marketing spend to a totally different audience with its own local customs, cultural nuances and consumer trends requires local expertise. Fortunately, that’s where one of affiliate marketing’s main strengths lies.

The extensive reach of a global affiliate network platform instantly gives brands access to affiliate partners operating in virtually every country around the world, ready to promote their brand. Combine that with local network presence in many of these markets and advertisers can leverage this expertise to ensure that their brand is being promoted to the right audience in the right manner at the right time.

This was a topic that I discussed at length during July’s global edition of our podcast Awin Talks, when I caught up with a trio of colleagues that had extensive experience in helping to launch and manage affiliate programmes for brands in new markets abroad.

As a member of Awin’s global account management team, account director Katherine Casey explained that this was something that the department regularly helped their clients do. As she elaborated, “We’ve got experience of working across all of the main European territories, Germany, France, the Netherlands, Scandinavia, and we work closely with all of those account management and publisher teams in order to really understand the market differences, the publisher mixes and the local trends, so that we can help guide advertisers into those new markets.”

Germany and France are particularly attractive as new regions for UK advertisers to initially target given their similar level of digital maturity and size to the UK. However, despite that relative similarity, there are still numerous differences that are worth being aware of.

Looking specifically at Germany, Katherine was quick to point out that cross-border shopping rates tended to be much lower, with German shoppers generally much more comfortable shopping with domestic brands that they were more familiar with and who they have confidence in handling aspects such as product returns. “Delivery charges are also really important,” said Katherine, “with 29% of German consumers stating that long and expensive delivery was the single most important factor for them not buying goods cross-border.”

For global account manager Charlotte Tweddle it was that kind of insight which helped inform the team’s strategy for launching UK brand Superdry into the German market to increase awareness of their clothing range there. “Superdry was very canny in leveraging local shopping events, taking on knowledge from Awin and understanding when key shopping events take place and making sure that they have strong promotions available on those days.”

To that end, Superdry took advantage of the annual ‘Glamour Shopping Day’, held in conjunction with the eponymous magazine, when the brand ran a strong 20% discount code which was promoted through all the major German affiliates and resulted in huge success.

For Olivia Skinner, a team leader newly-returned from working a six-month sabbatical in Awin’s Australian office, despite a shared language and many cultural similarities, the differences in the UK and Australian markets were still significant.

With a population a third of the size of the UK’s residing in a landmass that is over thirty times bigger, delivery options remain an intimidating challenge and mean that geo-targeting can be a vital tactic to ensure customers aren’t left disappointed. As she went on to explain, “Just because an advert for a product is shown on national television it doesn’t actually mean that it’s available nationally. I remember watching an ad for a household brand on TV in Sydney where I was living and scrolling across the bottom of the screen it was saying ‘now available in Adelaide’.”

The weather too has had a sizable influence upon how Australian shoppers use the internet and which will necessarily influence best practice for advertisers’ affiliate campaigns there. “The lifestyle out there, because of the weather, leans much more towards outdoors activities…and it means that people are much more inclined to use their mobile devices to surf the web, and actually about 27% of affiliate transactions now take place via a smartphone.”

Like many markets around the world, global retail events like Black Friday and Singles’ Day have been successfully adopted into the Australian market. However, there is another huge online shopping event held in November, exclusive to Australia, which demands attention from any marketers looking to engage with consumers Down Under. “Click Frenzy is huge in Australia” explained Olivia, “it takes place over 24 hours and was launched in 2012 by a publisher of the same name. Brands offer huge discounts, similar to Black Friday, and it has really established itself as the country’s biggest shopping extravaganza.”

With consumer confidence in the UK still low amid the fug of an inconclusive Brexit negotiation, some UK brands may find the prospect of selling their goods and services in more stable regions abroad an enticing one. If Britain is to truly become an ‘exporting superpower’ in the 21st century, then it will need to ensure that its companies are able to effectively connect with these numerous consumers in their various cultural contexts. Affiliate marketing’s worldwide panoply of partners and tactics means that it offers British brands the perfect opportunity to venture into new territories while negating the need to fully invest in those markets.

If you’d like to learn more about global opportunities, you can speak to the Awin team at DMEXCO at booth C-031-D-030 in Hall 6.

Part of the Axel Springer and United Internet Groups, Awin is a global affiliate network. With ShareASale, the Awin group is comprised of 15 offices worldwide, 1,000 employees, 100,000 contributing publishers and 13,000 advertisers, connecting customers with brands in over 180 countries around the globe. Operating across the retail, telecommunications, travel and finance verticals, Awin generated £12 billion in revenue for its advertisers and...