Thanks to programmatic technology, there are now opportunities to serve ads to large audiences in a brand-safe environment. 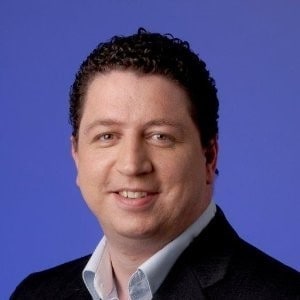 The scale versus brand safety debate isn’t new. In fact, it’s an ongoing theme in programmatic. However, it’s now no longer a question of the limits of programmatic technology but a change in perspective on the real costs involved.

People are still discussing safety alongside scale because there are still those who are chasing incredibly cheap ad impressions. They have come to expect to allow for no more than $3 or $4 cost per thousand (CPM). The desire to reduce costs has historically been a driver into programmatic but now the technology offers so much more and it’s time to re-introduce value into the equation.

While it’s hard to find any accurate data on how many online ads the average internet user is exposed to each day, around 400 to 500 is the range that is often quoted. That’s a phenomenal amount considering we’re only browsing online at certain points during the day and the vast majority of display advertising we’re exposed to is now bought programmatically. Eight out of ten ads will be bought this way in 2018 in the US alone, according to eMarketer.

What’s important to emphasise, though, is that there are now more than enough opportunities to serve any ads against any target audience in a brand-safe environment. This is crucial because there are still those that see the continued march towards automation as a negative advance when it certainly doesn’t have to be.

We are now able to select a group of sites to target and also add in an extra layer of filters. For example, a brand may be happy to appear on a site that proved controversial in the past, such as the Daily Mail, as long as their advert doesn’t appear alongside the celebrity gossip, or anything Brexit-related.

The technology exists to get this right pretty much all the time. Nothing is 100% perfect and the tools to monitor content on an article-level basis need to have some time to categorise said content accurately, however, this is eminently possible. But – and this is often the sticking point – it costs more to guarantee that an advertiser will only appear against their defined best content on the best sites.

Therefore it isn’t a question of balancing scale with brand safety. It’s really about elevating the conversation – some of that conversation will need to be a confessional moment for some suppliers.

A discussion may need to be had with a marketer that has been paying $3 or $4 CPM at most for the past few years. To get real quality and true brand safety that CPM will be pushed up – and that will lead to questions along the lines of where were my ads actually appearing before?

Did we really run that many ads on that site and against those articles? Does my target audience really spend that much time on that site alone?

Chasing cheap ad impressions means a decision has been made to forego environment for a cost. As more discussions are had around brand safety, it is for brands to decide how much they value brand safety and quality environments over cheaper ad costs.

Sometimes Facebook seems an obvious choice for scale. With 2.23 billion monthly users, there are plenty of opportunities to serve ads against your target market but there’s also a brilliant opportunity to achieve scale through accessing a collection of sites and doing so in a brand-safe environment.

It’s time to dispel the myth that scale isn’t possible with safety because it is, it just may mean making a more realistic investment to achieve it.

Daniel Shaw is the co-founder of Encore Digital Media.