Why Ad Misplacement Will Become Less of a Concern in 2018 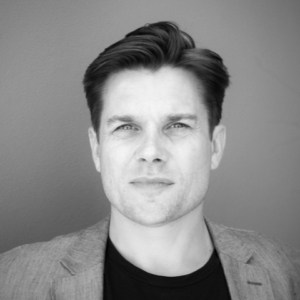 Data and automation have been the ad industry’s biggest obsessions for the last few years. For a while, it seemed that behavioural targeting and automated buying would solve all of our problems, in turn leading us to a time where clients were always satisfied and customers engaged with their relevant offerings.

However, that’s not how it worked out as ad blocking is still a serious issue – even browsers are getting in on the act. Meanwhile, major brands boast about big digital spending cuts with little or no impact on results, brand safety scares still abound, with ad misplacement at the forefront. Is it all bad news for advertising in 2018?

This year, there are positives. Outside the likes of YouTube and Facebook, ad misplacement is on the wane, which is a trend that’s expected to continue. To understand why, we look at three major areas where programmatic is now making real progress.

Audience targeting is such a dominant tactic in digital advertising, it’s hard to imagine the term ‘programmatic’ meaning anything else. However, since the General Data Protection Regulation (GDPR) came into force, the focus on audience over context has increasingly come into question.

In an opt-in world, third-party data no longer looks like such a safe bet. The trading of third-party data also facilitated the targeting (and retargeting) of audiences wherever they went. Then, audience separated from context, which turned out to be a recipe for ad misplacement.

GDPR may act the part – we have yet to see the dust truly settle and understand how many consumers will actively opt into being tracked by third parties. However, the fact of the matter is, targeting is essentially a niche activity and entering into a loop of continually buying those targets is not a sustainable route to scale.

2. In Housing, knowledge and power

The blind pursuit of simple, fakeable metrics like clicks, along with the lowest possible cost per thousands (CPM), is another combination that invariably led to ad misplacement in the past.

On one side, there’s more focus on illegal or inappropriate placements – sometimes with the help of the public on social media. On the other hand, brands are bringing more programmatic activities in-house or at least demanding greater transparency around those that are still outsourced.

In short, advertisers are building their own technical knowledge, asking smarter questions and using more robust measurement, all of which points to greater responsibility, fewer intermediaries and less chance of brand misplacement.

3. Infrastructure: ads.txt to ads.cert and RTB 3.0

The challenge remains that brands still need to scale campaigns and find new audiences. With the next quarter approaching, someone could always take risks to hit those targets. Bad actors can still exploit loopholes in the RTB protocol – in other words, ad misplacement may still happen simply because it can. As with the email protocol before it, the industry (perhaps naively) just didn’t build with the right defences in place from the start.

A leap towards enforcing against ad misplacement took place earlier this year and saw rapid adoption. With IAB introducing ads.txt, publishers now have a standardised way of authorising only the third parties they actively work with. Domain spoofing must have therefore reduced as a result – even if there’s nothing forcing buyers to adopt ads.txt. So, for those who ignore it, or set it up incorrectly, the problem may still be there.

Another reason to be optimistic is the introduction of the new specification of the real-time bidding protocol RTB 3.0 and ads.cert alongside it. For the first time, this will include a cryptographic element in the ad call, verifying its source. This will make it harder than ever for ‘spoofing’ and genuine players to be misrepresented. On the flip side, this requires a complete rewriting of the spec and subsequently will need re-engineering work for bidders and all other players in the ecosystem.

It may be well into 2019 before we start to see the positive effects but the potential for programmatic to keep improving and clean up its image should be clear. RTB 3.0 will clearly separate the genuine businesses in the ecosystem from those simply gaming the system.

If you want to look for guilty parties, it may be as simple as looking for those who refuse to adopt RTB 3.0 at all. For the murkier parts of the industry – and indeed those who continue to perpetrate ad misplacement – it’s our hope there will finally be nowhere left to hide.

Duncan has 20 years of digital advertising experience. He began his career in global media planning at Carat before relocating to Australia for 15 years. Prior to joining ​illuma Duncan held various senior roles, including head of digital at Initiative Media in Sydney; commercial director of The Guardian’s Australian venture; and CEO of New Zealand’s premium programmatic collective, KPEX.