Mobile Ad Fraud: Is It Time for Marketers to Take Back Control?

Mobile ad fraud is quickly becoming a major topic of concern for digital marketers and advertisers alike, with click injection fraud eroding budgets and revenues across the industry. Simon Baptist, head of operations at TUNE, assesses the extent to which ad fraud is damaging the industry and asks if current efforts to stop it are overcomplicating the solution. 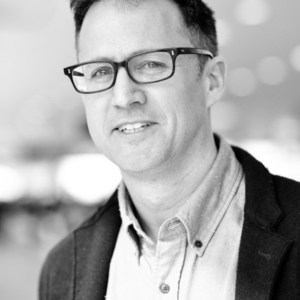 The mobile advertising and marketing sector is embroiled in controversy right now, with mobile ad fraud being one of the most challenging issues for mobile marketers and their customers alike to address.

To measure the impact mobile ad fraud is having, one simply has to look at the numbers. It’s estimated that in 2017, nearly £100bn was spent on mobile advertising worldwide. Out of that total, it’s estimated that marketers lost approximately £11bn to ad fraud, more than doubling the estimate from a year before. In other words, roughly £1 out of every £10 spent on mobile ads in 2017 ended up in the hands of fraudsters who steal credit for installs and clicks.

A significant proportion of that £11bn figure is made up of app install fraud. Around 8% of all app installs are subject to fraud, costing the industry roughly £1.4bn globally on its own. It’s a problem that can affect any marketer or any user, and while awareness of the growing fraud threat is on the rise, sufficient solutions aren’t yet in place.

One type of fraud in particular, click injection, accounts for between 30% and 40% of all mobile app install fraud and is a destabilising force in the industry and a major threat to marketers.

Click injection fraud is the process by which a non-human agent, such as a bot or malware installed on a device, attempts to steal attribution credit for a genuine app installation. This happens when bots inject fake ad clicks in the window of time between the point when a person starts to download an app and when they finish installing or open that app.

Click injection is possible when malware uses polling and broadcast techniques to identify that a download for an app has been initiated. Malicious apps capitalise on this broadcast by running code to fire a click before the new app is completely installed or opened.

The industry measures attribution based on a ‘last click’ model meaning that fraudsters who have managed to inject a fake click during that critical window of time can claim the credit and the advertising dollars. Crucially, click injection will steal credit from both organic and paid installs and can happen for every install on a particular device.

Fraud continues to grow in spite of widely publicised efforts to eliminate it. Some advertisers happily turn a blind eye to mobile-install fraud because these installs, though fake, still boost rankings in the Apple App Store or Google Play Store, and thus help to drive genuine non-fraudulent installs.

Tools exist that allow marketers to reduce, and in some cases eliminate elements of ad fraud and there is much you can do to prevent it if you don’t want to throw money away to fraudsters.

Firstly, education is important, and not just for yourself. Ensure your teams, as well as the partners you work with, are brought up to speed on the different types of fraud, with special attention to mobile. The only way to better understand fraud is through measurement. Really dive into your metrics, not just basic KPIs but nonhuman traffic levels, and make sure ads are appearing where they’re meant to be. Fraudsters don’t take time off, so you need to remain vigilant.

Fortunately, there are characteristics that can identify the portions of your traffic that are fraudulent. In click-fraud cases there are clear patterns that demonstrate a deviation from normal human behaviour. These can be used to measure, identify, and remove the bad traffic sources quickly.

A recent but prominent trend has seen direct advertisers shifting their attribution model from cost-per-install (CPI) to cost-per-engagement (CPE), with that engagement coming in the shape of hard-to-fake actions. Examples of this strategic shift include travel comparison sites paying out on the value of a customer’s first hotel booking, first, ride in a taxi app or first level-up in a mobile game rather than the app install. Changing to this model better protects the marketer from a variety of different frauds, and ensures their budget only goes towards channels that produce a genuine engagement with the app.

It is clear that ad fraud jeopardises both marketing efforts and network performance and that as the mobile industry grows, the problem of fraud grows with it. Solutions to address these issues exist but at the moment, these solutions only solve part of the problem.

The industry has often tried to overcomplicate the solution but by using data appropriately, there can be a simpler approach to tackling the challenges around ad fraud. Currently, marketers and ad partners tend to operate in siloes when it comes to analysing traffic and fraud install data meaning that there is no one holistic approach to the problem. However, if this ecosystem were to come together so that marketers and their partners measured both the supply and demand sides of the value chain, it would become much easier to identify vulnerabilities and come up with a unified solution. By using the same tools and the same intelligence to assess the root causes of fraud, both marketers and advertisers would be able to manage growth with precision. A system that enabled marketers and ad partners to pinpoint suspicious activity down to the sub-publisher and sub-campaign levels would begin to stem the tide of rising fraud levels.

The mobile landscape is quickly evolving, surging upwards to greater and greater heights. Companies are getting smarter about recognising good growth versus quick growth on mobile, but even so, the cost of unmanaged growth is high. Businesses that don’t get a fix on fraud risk translating lost budget into lost trust, time and relationships. Today’s best mobile marketers approach growth with an eye toward value, as they shift from a purely acquisition-focused mindset to a longer-term mindset.

"As Director of BD, EMEA, Simon is focused on continuing the rapid growth of TUNE in EMEA, initially with a focus on creating and building relationships with advertising partners and agencies. Before TUNE, Simon spent the majority of his career building ad tech platforms (e.g. Display, Search and Social) as a Product Manager before turning his focus to designing, building and running business development programs.