Is viewability in display advertising overrated and what should the industry be aiming for instead? 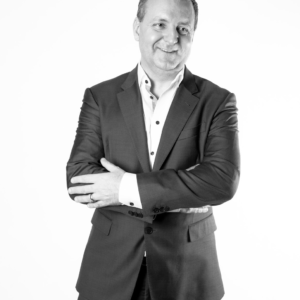 When the Media Ratings Council (MRC) released its viewability standard in 2014, it was a huge step forward for online digital advertising.

Going back to the early days when I started my first digital business in 1999, publishers unwittingly filled their web pages with ads with little thought for whether they were going to be seen, flooding the market with ads delivered out of view. Until the industry came to realise that there was a problem and eventually, the MRC standard adopted by most of the industry trade bodies – that 50% of pixels must be within the viewable area of the browser for one second – became the definitive metric against which to optimise ad campaigns and at about the same time, I’d already been developing a tool to help publishers overcome this issue, originally called RevealingAd, then OnScroll and now a part of Sovrn.

But four years later the limitations of viewability, and its inadequacy as the goal of digital advertising alone, are clear. Changing online behaviours and the emergence of new ad formats are leading advertisers and platforms to set their own viewability benchmarks, so does relying too heavily on viewability mean that we are optimising to the wrong metric?

So why is viewability vastly overrated, and what should the digital advertising industry be aiming for instead?

Just because an ad meets viewability criteria, that doesn’t mean the user has seen it or engaged with it. For example, they may have left the browser to go to another application or opened a new tab, leaving ads running unseen in the background. They may have right-clicked on an article and opened it to read later, but then closed the page without ever viewing it.

Rather than simply measuring that an ad is in view, it is possible to measure how long a user is actively engaged while the ad is actually in view. This can be achieved by proactively tracking engagement events such as clicks, scrolls, tab changes and keyboard movements, which prove the user is present and engaged with both content and the ads that complement it.

The viewability standard encourages ads to be placed at the top of the page, or ‘above the fold’ so they are in view of initial page load. But this is not an effective position for an ad unit as it often intrudes on the user experience, distracting readers from the rich content they came to view, and as such gets scrolled out of view almost immediately. Users who have just arrived at a web page usually aren’t ready to click on an ad and leave the page again right away, ads complement the content, they are not the reason a visitor came to the site.

Conversely, the bottom of the page is the ideal place for advertising, especially if it is relevant to the content on the page. When a reader finishes an article, they are fully engaged and ready to move onto something new. Ads at the bottom of the page may be less viewable but they generate higher engagement, click-through and conversion rates, why do you think the content distribution networks do so well? Chartbeat research revealed that two-thirds of user engagement happens below the fold, yet advertisers are still paying a premium for above the fold placements, our research showed that ads below the fold often achieved CPM’s 5 x less than those above the fold.

To remedy this situation the industry can adopt technology that only loads ads when in view. This provides the freedom to place ads anywhere on the page and leverage the most impactful placements.

Viewability has no maximum threshold

The viewability standards adopted across the industry states a minimum 50% in view for at least one second, but to date, doesn’t provide a maximum threshold – surely an ad that’s 100% in view for 20+ seconds has more value than one that has been 70% in view for 10 seconds? So, when has the publisher offered an advertiser fair value for the impression purchased?

Publishers need solid standards that allow them to reload an ad unit and create a new impression once they’ve reached a maximum threshold. Most ad formats – from TV and radio to digital billboards and posters – are generally only ‘in view’ for a fixed time before they are replaced, and the same should be true of online advertising.

Parsec recently published evidence to show that brand lift is four times higher than an ad is seen for 15 seconds, furthermore, other research suggests that after about 20 seconds this multiple flattens out and the ongoing impact of an ad expires. If publishers can prove that a user is actively engaged while the ad is in view, then should there be an industry standard stating that the ceiling for an ad is in the region of 20 seconds in view? Thereby giving the publisher the much-needed opportunity to legitimately load a new ad and to be rewarded when they have worked hard to build loyal and highly engaged audiences?

Moving on from viewability

Ideally the industry will add a time in view metric much like TV and Radio, however, this will take time to adopt in the world of programmatic, until the future release of new Open RTB standards. To take one step closer to this utopia the industry can begin to optimise to engagement plus viewability, rather than viewability alone, using metrics such as Viewable Engagement Time (VET) which measure how long an ad is not only in view but also being engaged with. This introduces the possibility of a maximum threshold where the value of publishers who have highly engaged inventory are properly recognised.

Viewability served its purpose in opening the eyes of the industry to ads that were being paid for but never seen, but it’s time to move on and focus on engagement metrics as the industry moves towards measuring the true effectiveness of digital advertising against quality engaged audiences, which can be found on publishers big and small.

Andy founded international digital advertising sales company Net Communities Limited, in 1999, which he sold to Future plc. in July 2015. Going on to co-found award-winning viewability technology provider OnScroll in 2013, which he sold to Sovrn Holdings, Inc. in April 2016. He’s worked on all sides of the media industry from print and digital publishing, in an ad agency and most recently, ad tech. He’s worked with many of the world’s leading global brands and has been in digital media since 1997. Since the acquisition of OnScroll, he joined the executive team of Sovrn to integrate and run its European operations with Sovrn and has more recently taken on the role of Chief Marketing Officer for the brand globally.  Andy is also an industry panellist and speaker on all things digital advertising, with key expertise in Viewability.