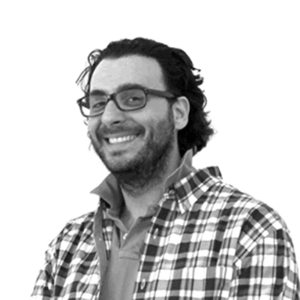 Despite receiving criticism for its lack of flair these days, affiliate marketing is an innovative digital marketing channel. Innovative in a sense that it has helped to launch a large number of consumer facing concepts like site abandonment, voucher-coding, loyalty shopping and to a large extent comparison shopping, all of which are now accepted parts of our online world.

The fundamental processes of affiliate marketing delivery is the industry’s most open area for disruption in 2018. Despite all the talk of influencers, regulation and artificial intelligence that will doubtless surround the industry this year, it’s most important, and solvable, problems lie in delivering greater intelligence and automation to the basic campaign management that is the day-to-day lifeblood of more than 90% of the industry’s workforce.

Affiliate marketing’s day-to-day practices can at best be described as ‘relationship-led’ and at worst manual and archaic. Let’s take the average week of an affiliate manager at an advertiser or agency. They will perform an increasingly large number of tasks that could be made easier and more effective with better technology. At Trackonomics, we feel the pain of many of them, and in particular have focussed on three ‘bedrock practices:

What are the problems we often see and are trying to solve for our clients?

Other digital channels have accepted far quicker that innovation doesn’t have to come with the magpie’s glint for shiny new things. Instead it can focus on the nitty-gritty world of making business practices simpler and more automated, leading to greater ease, more efficiency and increased performance – all attractive to large brands with deep marketing budgets and a strain on the number of hours in the working day.

Agencies with a focus on affiliate marketing suffer more than most from the industry’s relationship-first, efficiency second approach to doing business. Given affiliate agencies are tasked with managing advertiser and publisher relationships across a huge variety of intermediary platforms, they are losing a vast number of people-hours on time-consuming, regularly-repeating practices that could be automated.  Anecdotally, one of our agency clients said recently that before working with us they used to spend a whole day per week aggregating reports across multiple platforms! Imagine not only the time and cost savings, but what those hours can now be dedicated to, like retaining and winning more business.

Advertisers have been somewhat immune to affiliate marketing’s blindness to embrace automation, mainly because resource from suppliers has been provided to cover over the problem. This is exemplified in the UK affiliate industry because the message has been overwhelmingly for advertisers to work with one affiliate network, while in the US the opposite has been true. More affiliate providers per advertiser has made automation and efficiency much more important Stateside, while in the UK industry the message has generally been work with as few networks, tracking solutions, and to an extent even publishers, as possible because it’s less of a headache that way.

Hanan Maayan is a digital entrepreneur and since 2014 has been the co-founder and CEO of Trackonomics, a company building tools to delivery intelligent automation to the performance marketing industry. After co-founding and establishing publisher proposition Fashion Traffic in 2012, Hanan was part of a team that identified a need for the performance marketing industry to embrace automated data aggregation and dynamic campaign management to drive efficiency. Based in London, Hanan is leading the charge to make Trackonomics the technology that changes the way performance marketers work.