Why is Mobile Advertising so Bad, and What’s the Solution?

Optimise group CEO Stephen Rumbelow grills the status quo of mobile advertising, and shares some ideas on how the experience can be improved for all involved. 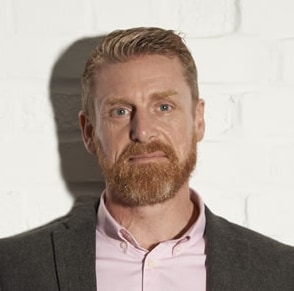 Why do you do mobile advertising?

Is it to interrupt people, to get in people’s way when they’re trying to get to work, to stop people watching that video from start to finish, or to stop people from reading the rest of that webpage? Or, do you do mobile advertising to help people discover products that make their lives better?

Then, why is mobile advertising so bad?

A recent eye-tracking study by AI company GumGum revealed some home truths about how users interact with mobile advertising. The most widely-used formats of mobile ads are unnoticed, and intrusive ads are slowing down page load times and frustrating users. They go on to suggest that billions of dollars are being wasted because of ineffective advertising.

We’ve made the classic mistake of just applying desktop style ads to the mobile world, and it begs the question – why aren’t we matching ads with the pace of a ‘mobile-first world’?

The State of the Blocked Web 2017 – Global AdBlock report reports that in December 2016 there were over 600 million devices running ad blocker software globally, 62% of which were on mobile devices.

Smartphone users block mobile ads because of interruption, slow page load times and too many ads!

It’s no wonder app retention rates are so poor

AndroidAuthority.com recently revealed the effects of ineffective mobile advertising on user retention rates. They highlighted only 4-5% of users continue actively using an app after the first 30 days. What’s more though, is that only around one in 10 users are still regularly using a new app one week after they’ve installed it. This isn’t really a surprise.

Remember the “good old days” back in the early 2000s when desktop was all about brand awareness, traffic and clicks. Much like it was a couple of years ago – brand awareness, clicks and installs continue to consume the lion’s share of mobile ad budgets.

However, desktop evolved when advertisers soon realised they were spending all their digital budgets on traffic that didn’t make them any money in return. Then desktop slowly moved towards usability, customer journeys and pay-for-performance – cost per sale media buys. Mobile is no different; why spend mobile budgets on installs that don’t convert into paying users, when you can pay-for-performance?

So, why are mobile ads so bad?

We know that the most widely-used formats of mobile ads are going unnoticed and that interruptive ad formats are the primary cause of user frustration. It’s therefore fair to say that ad blocker usage is driven by specific problems with the delivery of online advertising, but it’s not a rejection of digital advertising itself. People accept that free content is paid for by advertising.

What do mobile users want?

We know that non-interruptive ad formats, such as static banners, skippable video and native are broadly accepted by mobile users and that ads integrated into the editorial perform the best – users spend more time on them and they boost brand recall by 50%.

So how can we innovate mobile advertising to get ROI from our mobile ad spend?

Moving beyond the install

Various mobile-tracking technologies, such as deferred deeplinking and in-app sales tracking, are designed to help move users towards intended outcomes. When combined with post-click sale attribution, you can then attribute actions back to the correct media source that delivered the action as opposed to just delivering an install. That means you can focus on optimising to KPIs (Key Performance Indicators) in real-time and ultimately focussing activity to CPA-driven goals. That’s where the true ROI is.

It also enables you to apply a performance marketing model to mobile advertising by remunerating publishers for driving repeat sales for advertisers’ apps. Just paying publishers for one-off installs isn’t sustainable and that’s one of the root causes of ineffective mobile ad spend and poor app retention rates.

‘App Buttons’ are a relatively new mobile technology which enable non-intrusive mobile advertising by matching context with users and integrating Advertisers’ Apps into other relevant mobile sites and apps. These ‘App Buttons’ then appear in context to users predicted needs and match users’ locations to real-time product availability.

In Asia-Pacific, Optimise have recently launched their ‘AppButton’ contextually aware native advertising solution for mobile, which are designed to match ads with the pave of a ‘mobile-first world’. The US Company Button also provide similar technology, which enables brands in mobile to power mobile commerce partnerships.

In 2016 Pinterest acquired the mobile advertising startup URX – who specialise in mobile commerce, and who showcase relevant mobile product ads that result in some form of action. URX help people discover content inside apps to create interconnected mobile experiences. The acquisition by Pinterest will further development of content intelligence and discovery at an unprecedented scale.

Deeplink.me is another example of innovative mobile tech. They help increase app discovery and engagement with deep-linking, and provide the world’s largest deep-linking platform.

It’s easy to see how ‘App Button’ technologies can help base mobile advertising around users’ predicted needs. As an example, let’s take a Taxi App – to get ROI (Return on Investment) and LTV (Lifetime Value) requires users to continuously use the Taxi app whenever they need to travel somewhere. If we consider all the various things a mobile user may need a taxi for we’d probably come up with a long list of things like cinemas, train station, hotels, restaurants, shopping, flights etc.

We can now place a contextually aware native ‘App Button’ on any mobile site or app that is content-rich or transactional-based around any of these themes. The ‘App Button’ will only appear in a location where the Taxi App can be used, and it makes it easy for the user to take immediate action. The ‘App Button’ technology automatically shows available cabs and fares without the user having to leave the mobile site or app they’re on and then deep-links them into the Taxi app when they’re ready to book.

The technologies available from URX, Deeplink.me and Branch also encourage placing relevant apps in front of users in an easy-to-use and engaging way.

‘App Buttons’ and App Discovery platforms and linking marketplaces are less likely to end up getting blocked by mobile ad blocker software as they don’t interrupt, they inspire. And, they enable rewarding publishers and app owners for driving continuous repeat sales for the app owner, which means greater ROI and LTV for everyone.

Optimise will be exhibiting at PI LIVE from October 24-25. Find out more here.

Stephen has a degree in Marketing from the Chartered Institute of Marketing, combined with a wealth of Advertiser and Publisher-side experience spanning Retail, Mobile and Finance, working for high-profile Brands like Aviva, Virgin and Hiscox. Since joining Optimise in 2011, Stephen has helped drive the commercial performance of the Group’s UK, APAC and LATAM businesses through strategy development, driving new opportunities for revenue growth across the Group and accelerating technical development that further extends Optimise’s reach across all relevant media. As the Group’s CEO, Stephen is responsible for leading the development and execution of the Group’s international strategy to create long-term shareholder value.