Programmatic growth has skyrocketed over the past few years, accounting for $32.56 billion in 2017 and it’s expected to climb to nearly $46 billion by 2019, according to eMarketer. It’s no wonder. Programmatic is a relatively easy ... 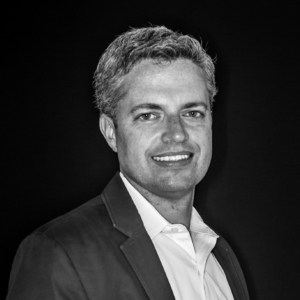 Programmatic growth has skyrocketed over the past few years, accounting for $32.56 billion in 2017 and it’s expected to climb to nearly $46 billion by 2019, according to eMarketer.

It’s no wonder. Programmatic is a relatively easy sell when you consider the cost efficiencies gained by being able to fill previously unused space, automate sales processes, and improve audience targeting – all while publishers earn incremental revenue. Except it’s not always that easy.

Three of the biggest challenges when it comes to getting the most from programmatic are viewability, transparency, and quality. Let’s take a closer look at each of these issues before addressing how advertisers and publishers can regain control over programmatic.

The industry standard for viewability is simply too low. As a refresher, the Media Rating Council (MRC) qualifies a display ad impression as viewable if 50% of its pixels remain in view for a minimum of one second. The issues with this bare minimum threshold are obvious – it might take more than one second for a potential customer to register the ad and they probably need to see the ad more than once.

…or the lack of it, continues to be a stumbling block in programmatic. Publishers and advertisers need to know that website traffic is authentic and not riddled with bots. For advertisers, knowing their ads will appear alongside valuable content that aligns with the brand’s values is also important as we’ve seen from headlines earlier this year. One of the more recent efforts to address the transparency issue is the IAB’s introduction of ads.txt in May 2017. Ads.txt is an approved text file that aims to prevent unauthorized inventory sales. As a way to identify legitimate sellers, ads.txt is still in its nascent stage yet adoption continues to rise.

As with any hot market segment, a percentage of players compromise quality for the short-sighted pursuit of financial gains. Evidence of this is black box reports on programmatic performance, bot-ridden traffic. As the industry continues to mature, partners that consistently deliver quality will continue to take share, making it impossible for competitors with questionable tactics to survive long term.

3 Ways to Take Control of Programmatic

Programmatic doesn’t have to be problematic. Given the common challenges cited above, here are four ways to take control of programmatic.

1. Move to a private marketplace. Private marketplaces are invitation only so that publishers can offer their ad inventory to a select group of advertisers. Offering greater transparency into buyers, more control over placements, and higher quality inventory for buyers. It’s no wonder the use of private programmatic marketplaces is on the rise, going from an estimated 78% in 2017 to 84% by 2019, according to eMarketer.

2. Raise your own bar for viewability. Require viewability to be higher than 50% and longer than one second. Establish a target time-in-view for a display ad between 15 and 30 seconds. Of note, recent analysis on time-in-view showed that the first 15 seconds of time-in-view showed the most significant rate of change when it comes to user engagement. It also found that when an ad is in view between 30 and 60 seconds, engagement continues to steadily increase though it happens at a slower pace.

3. Evaluate your technology partners. Analyse your reports over the past quarter with a close eye on the way your technology partners handle viewability and fraudulent traffic and verify their data through a reputable third party. And don’t be afraid to cut ties with any bad actors. After all, the company you keep will help you attract strong partners to fill inventory and earn higher CPMs.

The ability to use technology and data to drive more impactful and engaging campaigns through programmatic is a breakthrough for the industry and one that’s here to stay. But it’s far from a set it and forget it channel. It requires publishers and advertisers be actively involved to ensure quality and transparency.

David Jacobs is COO of 33Across. Prior to joining the company, he held several senior management roles at AOL where he was responsible for global and strategic growth of the company's supply side platform, managing third party publisher partnerships, and leading operations, sales, and account services teams. He also has extensive experience in programmatic and is actively involved in the online advertising community.