We apply an approach which integrates all performance media channels, fuelled by unique data and powered by bespoke technology solutions, enabling us to create personal moments for granular audiences, driving actions and conversions.

Google AdWords will turn 18 next year, having been launched in 2000. It will be a highly symbolic recurrence; however, the advertising platform - possibly the oldest active big player in digital marketing - will still be younger than most humans.

With its biggest social counterparts, Twitter Ads and Facebook Business, being even newer, it’s not a surprise for media buyers to be served with a long list of new advertising options to test every quarter, as the platforms grow and the advertising opportunities mature, in a constant battle to be fresh and updated to the latest technological developments. Choosing to test new format or platforms, though, is not free from risks.

In the list below, we have considered some pros and cons of testing a new beta, and – more specifically - new advertising formats on social platforms, by using as an example a test we at Maxus put in place for a client on Twitter. The opportunity for the trial came along when Twitter announced the beta launch of a new ad format, Twitter Carousels (see image). We were very keen to test them, as we have often successfully used carousels on Facebook, so we liaised with both Twitter and our client to implement them on a recently activated client social campaign, going live with the test three days later. In the original campaign, we had planned to use a set of website card ads; we diverged some of their budget to the carousel test. Audiences and other options in the two sets were similar so that we could get statistically comparable data. 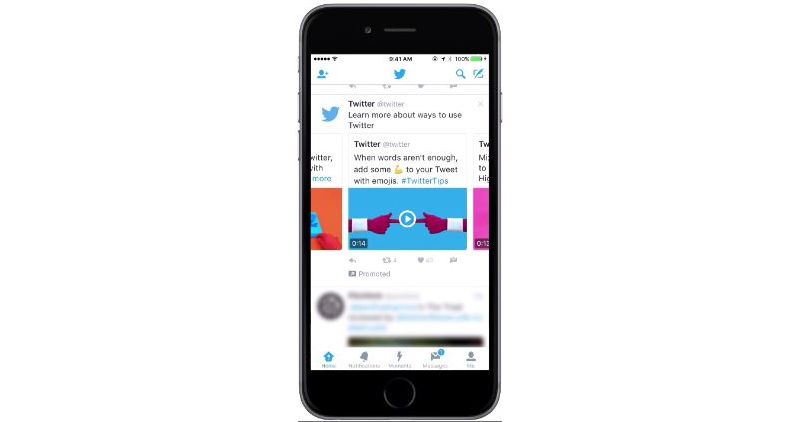 Digital marketing is still young. However, audiences - and millennials in particular – tend to embrace novelties quickly, and there’s a risk that they might get used to a new format to the point of becoming blind to it. Something new would possibly attract their much-coveted attention and could produce a higher level of engagement. The Twitter carousel we launched for our Client confirmed this assumption, with an engagement rate 2.6 times higher than the control group’s one, and overall Carousel CPE was only 13% of the website cards’ one.

Often, betas are launched because:

Because of the reasons above, in many cases, betas are a natural option to be chosen over older alternatives. This was the case for our Twitter carousel test: we were planning to use carousels on Facebook, and, once the Twitter beta was announced, it was immediately clear that we now had the opportunity to use similar format across multiple platforms; a prospect we welcomed with excitement.

While this is not necessarily a core goal of a media campaign, being “industry first” can raise the media profile of the actors involved in the process (clients, creative and media agencies…), producing additional visibility on marketing blogs, industry journals and other publications. This article itself could pose as a self-fulfilling example for the Twitter carousel test.

New formats can be tested alongside existing ones on social platforms, leaving the systems to optimise toward the best performers. This would be a safer step, as it would produce the most efficient result while keeping the budget fluid across older formats and betas, however, budget fluidity could reduce the statistical relevance of the results. In the Client example, we couldn’t start the test alongside the control format, as the campaign had already started, so we chose to run the two activities sequentially, keeping the older format running for a week, and then having a week of beta carousels. A sequential test can be impacted by any seasonal effect, however, we considered that adding carousels to an existing campaign would have not been statistically accurate either, because we would have compared the new format versus creatives that had already been served for a while, and were therefore not as fresh. Luckily, the new format performance, in terms of CPE, was so much stronger than the control format to eclipse any doubt of their effectiveness.

If a product is in beta it usually means it hasn’t had time to settle, and it could present technical limitations that would make the implementation more difficult and could limit results. For example, when we went live with the Twitter carousels, we had to choose between including website cards (with no images) or image tweets (not a click-friendly format) in it, because website card carousels with images were not available as an option for the carousel yet. We added a link in the copy as a compromise, however, this limited the number of clicks, which translated into a higher CPC. Regardless, though, we could take advantage of the strong engagement rate, which made the test successful overall.

Testing new formats comes at a risk, as results could be below expectations, damaging overall KPIs. This might have a limited impact on branding and/or engagement activities, but it could bring more serious consequences for direct response campaigns, as overall CPA might be strongly impacted by one part of the campaign delivering weak results. For this reason, it’s important to consider, during the planning phase, what could happen if the test didn’t deliver as hoped, and manage budget allocation so to leave enough room for standard campaigns to cover for the test underperformance (the 70-20-10 rule could be considered). On the Twitter test, the risk did not translate into an issue, as CPE was an important secondary KPI, and overall actual CPC was still within targets.

It might happen that a tested beta might not become a standard product, getting discontinued after a while.  This would leave the testers with unusable learnings. However, discontinued betas, particularly when covering for strong market needs, are a relatively rare occurrence, as there is often a strong reason for them to be launched in the first place.

Not all betas would be applicable to any campaign or client, and we should not insist on testing for testing sake; however, we believe the pros far outweigh the cons, and we would go as far as placing ourselves among the Beta testing advocates.

We believe that, in most cases, testing would produce useful insights and strong results, and be a gate opener for future activities, while also providing a first-mover advantage over competitors, and helping to reach the desired audience in a fresher, newer way.