How Ad Tech Firms Can Live the American Dream 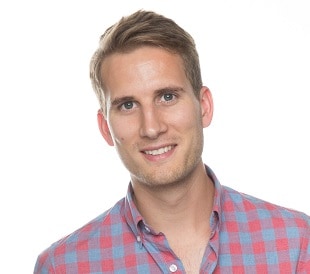 If ad tech firms are serious about growing their business, they need a strategic plan to access the burgeoning US market. UK CEOs are looking enviously across the Atlantic at some of the mouth-watering budgets being spent by agencies – and also directly by brands. With the UK becoming increasingly saturated, they want a piece of the action.

The dilemma for many companies, however, is the amount of money it costs to venture over the pond.

At the recent FastPay ‘Scaling a Digital Media Business’ roundtable, panelists agreed that a ball-park figure of £4 million would be needed to properly set up a shop in the US and enable meaningful expansion there. This money would be required to establish an office, hire staff – US sales talent is more expensive than their London counterparts, market services, to bridge significant working capital gaps and be able to actually scale up to fully exploit what is potentially an extremely lucrative market.

The worries ad tech companies have about an investment for overseas growth are understandable when you consider how VC [venture capital] funding in the UK has slowed to a trickle in the last few years due to concerns about the digital advertising dominance of Google and Facebook and the limited number of successful exits.

For those expanding, the cost of finding sexy new clients in the US is one concern and avoiding delayed and late payments that can suffocate any business is another. Few ad tech companies can afford to take a hit on their cash-flow when they are investing in building brand awareness and acquiring customers in a new territory. With average digital media payment terms at 87 days, as outlined in FastPay’s white paper, A Trillion-Dollar Riddle, and many agencies paying as slowly as within 120 days, working capital requirements could significantly deplete funds from an expansion funded by equity alone.

Yet, however daunting it may appear to take those first steps to building an ad tech brand in the US, the cost of not doing so can be even greater.

It’s widely agreed the States should be on the agenda of ad tech businesses as early as £5 million revenue in their growth journey if they have genuine ambitions of becoming a global business. The US is an attractive option because of the large budget agencies control, which dwarfs those available in Europe – let alone the UK – alongside greater opportunities to boost margins by doing deals directly with brands.

It is possible to achieve success in the US if growth and funding plans are structured correctly.

For example, rather than looking at established, but saturated, centres such as New York and Los Angeles, UK ad tech businesses should also consider other cities, such as Chicago, Detroit or Seattle, the likes of which are becoming regional digital advertising hubs. One company which has done this successfully was programmatic agency Infectious Media which was founded in London in 2008 and opened its Chicago (and Singapore) offices last year.

When it comes to the funding and cash flow management element of moving Stateside, the secret is to get the right mix of equity and debt. Debt financing during the first 12 months is a more suitable way to obtain working capital to cover the cash flow shortage on top of the upfront set-up costs. Additional equity investment can come later once the US business is established and the company valuation is significantly higher as an international player.

Specialist or fintech financing can also be a more effective funding route than approaching traditional lenders. US banks are nervous about lending to international companies that have not traded in North America before. They often demand to see a long trading history paper trail – 12-24 months minimum – which can slow down a launch to a stand still and frustratingly result in insufficient funds being in place when they’re most needed.

Establishing a partnership with a lender that works in both markets can be helpful. For instance, we work with UK and US businesses and can leverage a client’s trading history and reputation across the two markets and utilise revenues from existing clients and campaigns to fund new ones.

It is often more helpful for ad tech firms to leverage the assets they have first rather than become obsessed with raising equity. VCs can put huge pressure on the founders and directors who might feel uneasy about taking the kind of risks their investors want to see to generate big short-term returns for the business. Making the wrong decisions doesn’t set the company up for success and, in fact, could make them fail. VCs are looking for 20 times multiples and their strategy factors in a portion of investments making little or no return for them. This means huge expectations for those companies that they’re banking on scaling fast.

Business culture, common language and the maturity of its digital industry means the US should be a priority for any UK ad tech with ambitions to win big.

Matt Byrne is the UK director of FastPay. Matt leads FastPay’s London office, focusing on international growth strategy as the company builds on its successful US business.  Prior to FastPay, Matt led business development at MarketInvoice, joining there as an early employee. Before his move into alternative finance and ‘FinTech’, Matt lived in Asia where he began his career working with e-commerce and marketing technology start-ups in Hong Kong.  Matt has established himself as a thought leader in the FinTech space and has contributed to pieces for BBC News, City AM and ExchangeWire amongst others. He earned his first-class  honours degree in Business Economics from Exeter University.first-class  honours degree in Business Economics from Exeter University.