Why Attention-Grabbing Ads Are a Must on Mobile 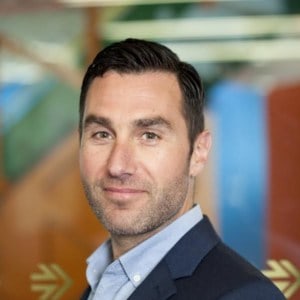 You can allocate as much money as you like to digital advertising but if your content is not grabbing consumers’ attention, your budget is being wasted.

People are spending almost half (48%) of their time on the internet on smartphones these days and mobile advertising is reaching large audiences and driving scale, but this means nothing if brand messages fail to hit home.

Consumers are in almost total control of their own media and advertising experiences, and they want to decide what they watch, read or interact with, and when and how they do it.

According to the latest IAB/PwC Digital report, digital ad spend burst through the £10bn threshold last year as the battle to engage grows fiercer by the day.

Video is becoming the weapon of choice for advertisers, agencies and media companies, with mobile accounting for 63% of video spend. In fact, the budgets for mobile video ads have more than doubled, reaching £693 million and making it the fasting growing ad format. Brand awareness and recall are boosted if people not only see great ads but hear them too. Adverts on YouTube are 95% audible.

With people’s attention spans shrinking, marketers need to understand someone’s intent and decision-making process when they reach for their smart device to watch a video. Is someone in a buying mood, looking to watch entertainment or searching for a ‘how to’ video to solve a particular problem?

Luckily, there are many advertising tools available to get a better understanding of someone’s intent and their level of interest in your video.

YouTube, for instance, has a number of analytics tools that reveal the results of a campaign and allow brands to play a video alongside a graph showing retention. This graph will show when the audience got bored and stopped watching.

Google has also introduced unique reach in AdWords which lets brands and agencies see the number of unique users and average impressions-per-user across devices, screens, and platforms. Such insight into how people consume ads across different devices will help the creative team ensure that future ads retain the audience’s attention for longer.

It has become more important than ever to measure the appeal of the content and how much the consumer will interact with it, rather than worrying too much about the length of the ad.

Engaging content will always grip people’s attention and AdWords is now reporting on this with its watch time metric for in-stream and bumper campaigns. The top five ads on YouTube recently were all more than 2.30 minutes long.

With this in mind, another invaluable tool for advertisers is Google Trends, which outlines where your audience’s interests are now compared to where they were in the past. This ensures your content remains current, topical, relevant and, well, interesting.

One brand getting noticed and using advertising tools effectively to improve its creativity and risk taking is mobile operator and internet provider EE. It wanted to use engaging ad content to reach its core audience of football-loving under 25s and teamed up with YouTube to promote its sponsorship of Wembley Stadium. The brand, which is part of BT, hired 28 YouTubers for a video series called The Wembley Cup for a campaign offering consumers a free promotional period with BT Sport on the EE network. EE is building its sports content for subscribers so videos showing vlogging stars going head to head had real appeal. It kept this audience, which was more likely to use a smartphone than traditional media, engaged throughout the series of videos.

YouTubers were trained by professional footballers and attempted different exercises. Former England star Matt Le Tissier shared his skill tips with one of the team’s captains YouTuber Spencer FC. Total watch time was more than 3.5 million hours, with the equivalent of 155 years of watch time for the Wembley Cup Final itself which has so far been watched about 4 million times. The overall event content garnered more than 40 million views, of which 80% were organic.

Using the latest advertising tools gives the creative teams at a brand and its agencies the confidence to take more risks when it comes to implementing ideas. A brand can reach completely new groups of consumers if it is less risk-averse when creating digital ads.

The need to really connect with consumers becomes starker when you read Zenith Advertising Expenditure Forecasts. These indicate that internet advertising revenues globally will surpass television this year, but that across the entire UK ad market, spend will slow by 2.7% to £17.5 billion in 2017.

This stresses once again just how important it is that marketers ensure their media investments not only reach their audience in large numbers but capture their attention.

Matt is country sales director at Google where he works with leading advertisers and agencies to help them get the most from the web. He joined in 2010 and previously he has worked in press and digital publishing. He also started his own business that failed, which is seen as a badge of honour now but didn't feel like it at the time. Matt is a regular public speaker on many topics around digital, technology and media and how businesses might want to react to benefit from it.