What the Age of Snapchat Means for Advertisers

It's Influencer Marketing Show Takeover Week on PerformanceIN; we're showcasing a whole host of viewpoints zeroed in on the channel and social networks as we celebrate its rapid growth and the launch of a brand new show... 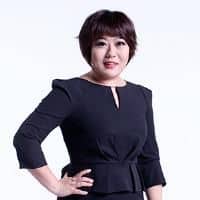 It might seem odd to call a social network with 1.23 billion daily active users behind the times, but Facebook is scrambling to catch up to Snapchat’s recent surge. What does the rise of Snapchat mean for advertisers?

In the course of filing for their IPO, Snapchat revealed that it had 158 million daily active users (DAUs) and saw $404 million in revenue in 2016. While this is a far cry from Facebook’s 1.23 billion DAUs and $27.6 billion in total revenue, it’s still an impressive showing for the social media company. Despite Facebook’s win in the numbers category, Snapchat does have one crucial advantage: its popularity amongst millennials. So, given that this is the one demographic that advertisers are most keen to target, how can advertisers tap into the zeitgeist and use Snapchat to effectively promote their brand?

In one of our recent reports, an analysis of social media users found that people under the age of 24 make up 40.62% of Snapchat’s user base. That is an extraordinary proportion, considering that only 10.9% of Facebook’s users are below 24 years of age. So, clearly, there’s a benefit for brands to have a presence on Snapchat. But it’s not enough for brands to be on the social media app – they also have to be using it effectively.

A recent article in the Guardian speculates that within the next three years, Snapchat will become the third biggest player in online advertising (behind Google and Facebook), commanding annual revenues of over $3 billion. This is not only because of the youth audience that Snapchat commands; it is also because advertisers are increasingly uncomfortable with giving Facebook and Google such a large proportion of their ad spend. Unfortunately for both companies, their advertising practices have very often been in the news lately – and not in a positive way.

The biggest issue facing brands and advertising platforms alike is one of ad placement and brand safety. Google has faced a significant backlash in recent months as brands began finding their ads next to extremist content, leading to an estimated $750 million loss in revenue for YouTube. While Google has promised to increase its monitoring of ad placement, inviting NGOs to act as watchdogs and implementing machine-learning technologies that flag extremist content, brands must also take steps to ensure that their content does not end up in inappropriate places. As the report notes, “advertisers cannot rely solely on algorithms. They must protect brand safety.”

With Snapchat, brands know exactly where the content will be, and who will see it. This is in addition to the fact that Snapchat ads take up the entire screen, which means that they are never on the same page as content produced by other people (especially content that might prove controversial or offensive).

Ultimately, Snapchat’s growing popularity amongst advertisers is sure to have consequences. Not only will the stranglehold that Google and Facebook currently have on online advertising loosen, but the success of Snapchat and other platforms like it will change the way that advertisers use digital marketing. Instead of throwing their money at Google and Facebook and allowing their algorithms to determine where content is placed, advertisers can choose platforms that give them more oversight.

Beyond that, platforms like Snapchat, musical.ly and Live.me have a more informal feel to them, which influences the style of the content that brands post. During Advertising Week Europe, Snapchat’s UK General Manager, Claire Valoti, spoke at length about how brands should use the app. “I always say to our advertisers, ‘just be yourself,’” Valoti said, “Because of the way people use Snapchat to be their real selves, they expect brands to be the same.”

The amount of money being spent on digital advertising has decreased for the first time since 2009, a shocking development considering how integral digital is to marketing efforts. But as Cheetah Mobile’s report points out, this is partly due to the “lack of third-party authentication of ad effectiveness.” Unilever CMO Keith Weed has openly criticised the way these platforms count views, noting that “at least half of all ads are only viewed for 2 seconds, but advertising media continue to consider these viewings real traffic” and charge companies top dollar for them.

Ultimately, the combination of dissatisfaction with the big players (Facebook, Google) and the growth of apps like Snapchat and musical.ly has led to a complete rethink of advertising strategy. As advertisers begin to have more options and better targeting methods, they are slowly beginning to move their money away from Google and Facebook, and onto platforms that have proven reach and ROI. To answer the question posed at the beginning of this article about what the age of Snapchat means for advertisers, it means that advertisers are no longer beholden to the whims of the big online advertising players. The Age of Snapchat also means the Age of the Advertiser.

Jenny Quan is the executive dean of Cheetah Global Lab. Her team releases a series of key big data reports and also hosts successfully Cheetah CONNECT Summit, one of the most important networking event for global developers. Jenny started her financial media work while interviewing hundreds of entrepreneur leaders from China and abroad. As the hostess for Boao Forum Asia, Davos Forum, Phoenix Finance Summit etc., she won the “Outstanding Journalists Award” of World Economic Forum. She received her B.S. degree in Chinese from Peking University and her Masters Degree in Journalism and Finance from Beijing Media University.