Why Marketers Are still Struggling with Mobile Ad Formats 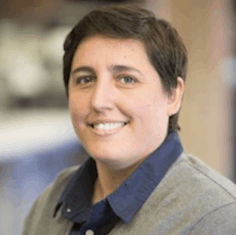 The mobile advertising industry’s collection of formats is turning into a cluttered jumble of ads, difficult for marketers to sort through to find the right options. In fact, its array of ads is now so unwieldy that the Internet Advertising Bureau (IAB) in the US has stepped in to attempt a spring clean: proposing a trimmed down range of mobile formats in its New Ad Portfolio.

But with fresh ad types constantly emerging — such as 360-degree video, emoji and virtual reality (VR) — even the most streamlined selection can leave marketers struggling to decide which format will be the right fit for each campaign.

So, in the face of too much choice, how can marketers whittle down the mobile ad collection to the formats that work for them?

Most marketing campaigns are centred on two key goals: delivering a great user experience and generating revenue. As a result, the easiest way to determine which ad formats are worth keeping and which should be retired is to imagine a matrix wherein user experience is plotted against revenue – and choose the formats that align with both.

To illustrate how this approach works, let’s try it with the industry’s best-known formats:

Almost as old as the commercial web itself, the banner ad is part of digital advertising history, but it’s also one of the industry’s most undervalued formats. In recent years its prominent style has been heavily criticised and some publishers, such as The New York Times, have abandoned it. Yet, when plotted on the matrix, it performs surprisingly well for user experience and revenue, which should logically make it a popular choice.

For example, the average click-through rate (CTR) banner ads achieve — about 0.07% — is actually higher than the typical response rate produced by many other formats, including TV ads, which is about 0.05%, according to Digiday. And given that TV ads are notoriously costly to produce, this makes banner ads a much better investment for the return they offer.

Furthermore, the banner ad offers endless potential for creative storytelling on mobile. Using tools such as dynamic creative optimisation, marketers can instantly adapt banners to meet the changing consumer needs and context, thereby ensuring a more relevant, consistent and engaging experience. The banner’s unobtrusive positioning on the page also makes it less interruptive than other formats, such as pop-ups.

GroupM and Spotify have suggested that brands are missing out on the substantial reach with their hesitancy to explore audio, but are they right? Looking at the statistics it certainly seems that the revenue portion of the matrix is on track.

Spotify research shows that ad revenue from music streaming ads is currently at $1.5 billion and due to hit $7 billion by 2030. Indeed, the potential Spotify offers as an audio ad platform is staggering: 70 million users are subscribed to its free, ad-supported model and will, therefore, be served 15 and 30-second ads as part of their service. With 60% of music streamers listening on mobile, this makes for significant on-the-go reach.

On the experience side of the matrix, there’s the argument that in choosing an ad-supported model, users understand the value exchange services like Spotify offer – by electing to stream for free, they accept ads are part of the bargain.

Yet there are disadvantages that must be taken into account. For instance, ads placed within a continuous music stream may drive fewer clicks, as it’s unlikely users will want to leave their session. Consequently, marketers should consider carefully before choosing audio.

As ads that cover the interface of whichever application they are served on, it’s not surprising that interstitials or ‘pop-ups’ have a reputation for being interruptive. Nor will it be surprising that their position on the experience matrix is low. In fact, such is the audience’s dislike of them, Google has adapted its search results to rank sites with pop-ups lower than those without.

These ads are also infamous for fuelling high numbers of accidental clicks by unexpectedly taking over screens — especially on touchscreen devices like mobile — which also makes their matrix ranking for revenue low. Although there are studies that report strong CTRs for interstitials, it should be noted that many of these might be accidental.

For maximum versatility, marketers should make their selection based on which formats work best for user experience and revenue generation, rather than restricting themselves to ads that fall under the mobile umbrella. By broadening their focus to include ads that perform well across channels, for instance, they can make creative budgets go further and keep audiences happy.

At present, the industry is on the cusp of discovering just such a format: the five-second ad where the story is told by both video and audio. This universally applicable format is ideal for mobile, radio, TV and social media – and even print, where stills can be used – but it also ticks a host of user experience boxes. It meets the consumer expectation for short yet impactful ads, taking up less bandwidth and loading quickly.

There are also plenty of bonuses for marketers. Not only can five-second video ads be made non-skippable in non-rewarded environments to ensure maximum exposure, but they also come with the average CTR of 1.84%, which is higher than any other digital format.

Rummaging through ads of all shapes and sizes to eventually find the right format is a frustrating game for marketers, and with new options endlessly adding to the pile, it may seem like a never-ending one. But with a little help from the format matrix, there is a way to tell the good from the bad. By setting their sights on user experience and revenue generation, marketers can pinpoint the ad formats – such as multipurpose audio and video ads – that work across all environments.