The Winners and Losers in Programmatic’s Race to the Top

Tim Webster, CSO at The Exchange Lab, considers the key players in the industry today and what types of companies continue to survive and thrive in the world of programmatic. 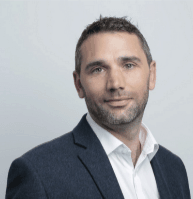 Programmatic advertising has significantly evolved over the last decade, from a means to sell remnant inventory to a method for applying sophisticated data sets to target audiences in online environments. Investment continues to grow and advance in terms of advertiser spend, publisher inventory and the convergence of technology. Everyone is fighting for their slice of the digital pie, from publisher to agency groups and fast rising new players. Inevitably in any race, there are winners and losers.

Central is the relationship between the advertiser and consumer. In many respects, consumers today believe they are being short-changed as they feel bombarded by irrelevant advertising leading to 22.1% of the UK adopting ad blockers. However, the value exchange continues – if content remains free online, advertising will continue to fund it. Consumer trust needs to be won through enriched user experiences by delivering more relevant advertising tailored to the specific device they are using. So, what do the other players of programmatic look like?

Innovation at scale continues with companies considered to be walled gardens, like Google, Facebook and Amazon, which sustain momentum through their proprietary data and content generation. Walled gardens have huge reach and access to consumers as consumption habits continue to move to their mobile applications, which dominate this space and allow deterministic targeting across devices at scale. For advertisers, this comes with the frustration of data being siloed. One of digital marketing’s biggest challenges is measurement and streamlining messages across multiple platforms.

As data underpins targeting, telecommunication companies (telcos) have entered the mix with the established digital titans like MSN and AOL. With their carrier information, they can combine data sets increasingly that move audience identification and consumption behaviours beyond the cookie. Verizon is now combining Yahoo and AOL’s data to reach consumers and SingTel recently acquired Turn.

Similarly, marketing cloud companies like Adobe and Oracle have been building their product suites through acquisitions over the last few years. We are also seeing telcos move into content distribution, for example, BT is now a large player in sport and rival to Sky. They will be able to package audience and behavioural data in their offerings, rivalling the current advertising giants of today.

Another area to watch are the consultancy groups. Traditionally founded on finance and logistics services for their clients, these companies are moving into the full-service advertising space. Acquiring capabilities to increasingly compete in the media business, as seen with Accenture’s acquisition of creative agency Karmarama and Deloitte’s purchase of the agency Heat.

This comes at a time when we’re seeing a resurgence of advertisers moving back to traditional agency services, having realised that taking multiple technologies and gathering expertise in-house is more challenging and not their core business. The huge opportunity for agency groups is in how they bring their multi-channel experience together as data and technology move towards programmatic execution.

The companies with a more challenged outlook are the ‘media intermediaries.’ These IO-based businesses run campaigns from month-to-month rather than long-term contracts and struggle to differentiate themselves due to limited proprietary data or unique technology features. Traditionally, they are mostly aligned with agencies and as the trend for agencies taking that functionality on themselves continues, their position will slip further.

It’s proving harder for ad tech companies, including DSPs, SSPs, verification and data providers, to win share of market or reach critical mass as the landscape becomes increasingly congested, particularly as Facebook and Google account for about 95-99% of market growth, up from 58% in 2015. There will, however, be some winners – companies that adopt standard measurement, such as MRC viewability across all media activity as recently suggested by Marc Pritchard of P&G. The technology that helps marketers bring digital channels together will lead to greater success.

Content creators, including traditional media and digital media owners, have the least visibility into the programmatic world today. To date, they have faced many challenges with their inventory being sold multiple times, often without their knowledge. There is a need for content quality, however, it comes at a higher price – one that direct response advertisers are not often willing to pay. Intermediaries between the content and consumer are where the publisher or content creator loses out. For example, half (51%) of all online users in the 2016 Digital News Report stated that they use social media as a source of news each week. In this instance, the Facebook newsfeed diminishes the consumer’s recognition of the content creator since posts click out to a story so people don’t acknowledge where the journalism originally came from. Overcoming this will be a key challenge ahead.

The news at the start of this year highlighted growing concerns about transparency in programmatic advertising. It’s clear that advertisers can

change the landscape with their budgets and influence as unwanted inventory will and should be forced out of the market if met by dwindling demand. This is an important part of the maturing process of programmatic advertising to ensure that the most sophisticated capabilities are carried forward.

Ultimately, programmatic will be an additive experience for users, enabling one-to-one conversations between the consumer and advertiser. When the user experience is engaging, relevant and memorable, brands will grow and continue to benefit from the advances in programmatic cross-device targeting. Any partner that does not facilitate this goal will be forced to exit the race early.