How Paid Social Can Help Brands Get Red Carpet Ready

One of the most exciting times of the year for the entertainment industry - and the brands that take part in it - is here: the awards season. Across the pond, the hype has already started with La La Land earning a ... 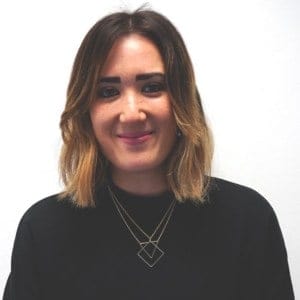 One of the most exciting times of the year for the entertainment industry – and the brands that take part in it – is here: the awards season. Across the pond, the hype has already started with La La Land earning a historic number of Oscar nominations and Grammy Awards dominating the headlines. In the UK, audiences and brands are gearing up for the nation’s favourite music night: the 37th edition of the BRITs on 22 February.

The Brit Awards isn’t just a fun and entertaining evening, it is also a night that celebrates the best in British music across genres and generations. For brand owners, it presents a brilliant opportunity to engage with their current and prospective customers through social media, showcasing their products while tapping into the buzz surrounding the event. And while ceremonies like the Brits and Oscars are just around the corner, it‘s not too late to get a strategy in place for joining in on the celebrations.

Last year’s BRITs brought in an impressive average audience of 5.8 million but the TV viewership peak of 6.6 million was slightly down on 2015 figures. Social media engagement, however, has increased year-on-year – so much that the 2016 BRITs were referred to as the most digital ever in the history of the show. In total, the event generated over 7.5 million tweets, the vast majority (85.6%) sent from a mobile device. Twitter created a range of custom emojis for the evening and Facebook offered a 360 live streamed content directly from the awards red carpet.

Brands wanting to get a piece of this year’s action are wise to start planning now and implement their strategies as soon as possible in order to be part of the build-up. Pinterest is a planning platform so Promoted Pin campaigns are perfect for engaging audiences ahead of an event, while Twitter and Snapchat are real-time channels where brands should focus their activity on the actual day of the show. Meanwhile, platforms such as Instagram and Facebook are key post-award destinations for highlights and recaps of the event.

It might seem like a given, but planning your messaging around the nominated actors, movies, artists and albums is a sure way to engage and connect with your audience. Try and explore newer ad products as this will help your brand stand out when the market starts to become saturated. Units like Twitter’s video conversation ads are unique and drive earned impressions, while Facebook’s canvas ads provide an immersive experience for users to interact with a brand.

As with any live event, there will be increased competition in the marketplace during awards so be prepared to bid aggressively and focus on engagement rates over costs to ensure the best possible performance. Remember to keep your budget fluid across platforms so that you can quickly reallocate spend to those most successful with your audience.

Stand out from the crowds by tapping into real-time conversations around the shows and be prepared to respond to your audience when they engage with your content. Videos, GIFs and photos gather more attention in a cluttered feed than text alone, so be sure to employ highly visual creative.

Reach second-screeners who are going on their social channels to discuss the awards as they unfold on mobile, using keyword targeting to ensure your brand joins in on real-time conversations. For example, users will be ‘snapchatting’ their viewing parties and following their favourite celebrities for behind-the-scenes content, so placing Snap Ads between their Stories is a great way for brands to be seen and become a part of the awards show experience.

And once your paid social strategy is set up and ready to go, just remember to have fun with it. Everyone else will be, after all.

As a client partner EMEA, Emily Huff is responsible for new business for the EMEA region at Adaptly. She oversees all new account transitions, activations and test campaigns while also working as a lead strategist. She handled the new Snapchat and Pinterest introductions to Adaptly’s portfolio in 2016. Before becoming a client partner, Emily worked on the Adaptly's client strategy team and therefore also has a lot of experience working directly on campaigns. Emily’s key expertise lays in new paid social APIs and how to best plan effective activity across these platforms. Prior to joining Adaptly, she worked in radio sales and account management at BAUER MEDIA on the client direct team. She also has a degree in Politics from the University of Leeds.