Header Bidding is Good for Everyone in Ad Tech – Except Google

Header bidding is one of the most contentious topics in today’s ad tech ecosystem. Though the technology has been around for a few years, it is now gaining rapid momentum within the industry as the answer to publisher appeals ... 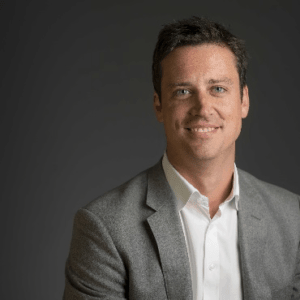 Header bidding is one of the most contentious topics in today’s ad tech ecosystem. Though the technology has been around for a few years, it is now gaining rapid momentum within the industry as the answer to publisher appeals for a fairer ad exchange marketplace and a viable counter to Google DoubleClick’s monopoly.

It is precisely the deficiencies of Google’s ad server that have prompted header bidding’s growth as the new standard for publisher monetisation. Unlike other ad servers, DoubleClick for Publishers (DFP) does not enable publishers to draw RTB demand directly from multiple sources, instead only allowing bids from Google’s exchange, AdX, to compete against deals and guaranteed inventory. For publishers who are unable to migrate their ad serving off DFP, header bidding opens pipelines to additional demand by running the auction directly on the publisher’s page. By giving all demand sources equal access to each impression, publishers are able to earn what their inventory is truly worth, while ad tech companies can bid directly for advertising inventory.

By using this disruptive technology, publishers are making the decision to retake control of their businesses and turning to independent partners that help them acquire, engage and monetise their audiences across the open internet. Google is taking notice, reacting by opening up DFP to outside demand, through the company’s release of First Look and Exchange Bidding Dynamic Allocation (EBDA). Even still, these technologies do not allow all demand to bid on an equal playing field, the problem header bidding was designed to address. In order to play, buyers must pay another “ad tax,” the fee charged by Google for using its technology. These moves are sharp indications that the giant is afraid of losing its manufactured monopoly to header bidding solutions.

One would be remiss to gloss over the notable criticism that faces the adoption of header bidding. The main critique launched against the technology focuses on the latency issues that arise when too many separate header tags slow ad load times while running. This lag may ultimately spur user flight and ad blocker adoption.

However, the emergent solution for publishers has been to efficiently implement the right wrapper code to address latency issues, which allows publishers to integrate and manage multiple header bidding partners without adding latency or degrading the user experience. As this technology continues to transform ad trading, there will be a continued emphasis on faster page load and higher viewability rates.

There is certainly space for innovation and improvement as the use of header bidding rapidly scales within the ecosystem – even Facebook is interested. The next key frontier will be expanding this technology across formats and devices. With video ad spending a growing priority amongst publishers and buyers, there is a compelling case for ad tech platforms to embrace these formats.

Ultimately, header bidding’s success is buoyed by its support amongst the wider ad tech ecosystem who are demanding a more simplified and democratised market, and issues of price transparency and platform openness are increasingly relevant as the internet becomes more programmable and data-driven. The continued adoption of header bidding underlines its ability to address the needs of individual publishers looking to increase yields. Thus, header bidding is good for everyone in the ad tech industry – except Google.

Nigel leads AppNexus' strategic development across Europe. Prior to joining AppNexus, he served as head of Orange Ad Market (UK & FR) for France Telecom. He was responsible for all commercial operations at Orange Ad Market, the real-time bidding (RTB) exchange. In 2001 Nigel co-founded Unanimis, the first and largest digital publisher network in the UK. As Commercial Director for Unanimis, Nigel established and managed operations for eBay, BBC, Channel 5, and the London Stock Exchange, among others.