How We Got to Penguin 4.0 (and Why It’s Good for the SEO Industry)

Google Penguin has been a punch in the gut to SEO professionals since it first arrived on the scene in April of 2012. It was a loud wake-up call to those who were spamming the web in order to move ... 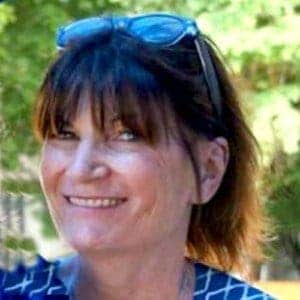 Google Penguin has been a punch in the gut to SEO professionals since it first arrived on the scene in April of 2012. It was a loud wake-up call to those who were spamming the web in order to move websites to the top of the search results. Spam worked. It also manipulated the search rankings and corroded the quality of the search results.

Google had a big problem with that. The dominant search engine would only stay dominant as long as consumers were satisfied with the product – the product being relevant search results. How long do you think consumers would keep going back to Google search when the page one results were mostly nonsense? That’s what was happening.

Google released the Penguin updates to penalise and demote sites that had benefitted from web spam. Many Penguin updates and refreshes followed and the fallout was often devastating to SEO agencies and their clients. A website could be demoted into oblivion and the leads and sales from an all-important page one ranking promptly dried up. Penguin penalties weren’t applied evenly – some of the worst offenders dodged a bullet. Those who were hit felt helpless to undo the damage. The day after a Penguin update, one thing you could count on: a rush of industry pundits reporting on the aftermath – a “who won, who lost” kind of thing.

Some SEO agencies were relieved when Google offered a solution to a Penguin penalty: ‘link disavow‘. The solution is probably the wrong word. It’s more of a “here’s something you can do that might help you get your rankings back someday. Or not.” And link disavow comes with this warning: “This is an advanced feature and should only be used with caution. If used incorrectly, this feature can potentially harm your site’s performance in Google’s search results.” You’d have to be pretty sure of yourself to mess with something like that! It’s possible to be overzealous when disavowing links, which can make matters even worse.

To date, and for very good reason, SEO agencies have been pretty down on Penguin. Each update, or speculation that an update was coming, was nerve-wracking for the SEO industry. Penguin 4.0 loomed for almost two years and the sentiment was no different.

On September 23, 2016, Penguin 4.0 started rolling out. Google’s Gary Illyes announced that Penguin 4.0 “devalues spam links but does not demote the website.” “People will be happier,” he said! Are they really? According to a survey by HubShout, 59% of SEO agencies do believe that Penguin 4.0 is good for the industry.

At the time of the first Penguin launch, Matt Cutts, former head of Google’s webspam team, wrote: “We’ve heard a lot of solid feedback from SEOs who are trying to do the right thing and who don’t want to see web spam techniques rewarded, and we feel the same way.” Finally, with Penguin 4.0, many in the industry believe that web spam will not be rewarded and that means that SEO providers who do the right will no longer see their efforts overrun by spammers.

When Penguin 4.0 was released, Illyes yes said that there is now “less need to disavow links for Penguin specifically.” You might think that SEO providers would say “good riddance” to that whole link disavow situation. BUT, 48% of HubShout survey respondents said that even after Penguin 4.0, they will continue to submit link disavow files. Perhaps these folks are considering the real-time nature of Penguin and hope that using link disavow will help quickly improve lost rankings. And Illyes did indicate that manual actions can still take harsh actions against sites that are “systematically trying to spam” so link disavow might help with recovery from manual actions.

Before Penguin, SEO providers could use link spam to get quick results. After Penguin, SEO providers knew that link spam was effective for rankings gains BUT, a Penguin update could bring it all down. Some SEOs continued to rely on link spam knowing that the client would see progress and think all was well until suddenly, the website was demoted. That won’t happen with Penguin 4.0 because those spam links will never have any value; because of this, businesses will have a better read on the effectiveness of their SEO campaigns and SEO providers. SEO clients should expect slower rankings gains and lower risk of losing their rankings, and that is a good thing.