Google Home is the Beginning of Winner-Takes-All Organic Search

The screen, whether in its desktop, laptop, tablet or smartphone form, has been the digital marketer’s canvas for the last 25 years. We’ve evolved with them, watched them grow from two colours to millions, get bigger, then smaller ... 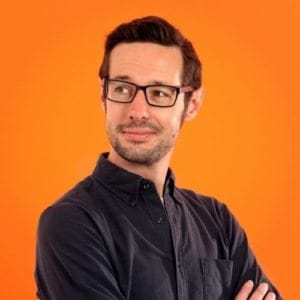 The screen, whether in its desktop, laptop, tablet or smartphone form, has been the digital marketer’s canvas for the last 25 years. We’ve evolved with them, watched them grow from two colours to millions, get bigger, then smaller, then bigger again. With November’s launch of Google Home in the US, we’re facing the prospect of the first device hooked up to the Google ecosystem with no screen whatsoever.

Home is Google’s answer to Amazon’s Echo – a sleeper hit which launched to little fanfare but has quietly built a faithful user base, including me. Home could be seen as the next step along the path Google started down with Glass, which they positioned as a way for technology to “get out of the way”. All the input and output on Home and Echo is done through speech. Ask it a question, and get an answer back. Trivial Pursuit will never be the same again.

Home certainly does an admirable job of getting technology out of the way. There is no user interface to learn, no keyboard to master, no pinch-to-zoom – just talk to it as you would a normal person. It takes up about the same space as a small houseplant and can be customised to match your home décor. By ditching the interface, though, it’s also ditching something all digital marketers rely on – choice.

Home is powered by the search results we all know and use daily, but they’re presented in a totally different way. There are no more titles and meta descriptions. There are no more paid and organic results. No more seller ratings, no more “In the news” boxes. All that remains is Assistant, Google’s new AI which powers Home, and the single answer to a user’s question which it deems the best. Success in a voice-only world is winner-takes-all.

Now, I’m by no means suggesting Home, Echo and their successors will come to dominate the search market. But in a market so gargantuan, even a tiny sliver is a billion-dollar opportunity. In Apple’s last earnings call Tim Cook revealed that Siri requests have hit two billion per week, and the last figures Google publicised on voice search usage – a full two years ago – claimed more than half of teenagers in the US were daily users. That’s a sizeable piece of the world’s biggest pie.

Unfortunately Home doesn’t have a UK release date yet, but those of us who like tinkering with new tech can chat with Assistant in Google’s Allo chat app. In my testing so far Assistant usually – but not always – replicates organic search results, relying heavily on Knowledge Graph data or featured snippets.

‘To hell with backlinks’

Here’s where Home gets interesting for sites in competitive organic landscapes. Featured snippets have proven to be a great way to short circuit organic results and get the better of more established or monied competitors, simply by providing the best answer to a question. The contents of featured snippets are often taken from results towards the bottom end of the first page, simply because their answer is better than that provided by the sites ranking above them.

Providing the best answer of course means investing your time in finding the best way to answer the question. Do you need an essay, or will a three-step list work? Are you using your audience’s terminology and the right level of technicality? Do all of this right and you’ll be rewarded by leapfrogging the competition right up to the top of the results page.

As a person in the business of providing useful content to users, a world where there is an arms race to provide the best answer sounds positively utopian. To hell with your backlinks – just create something superbly useful and Assistant will know – through the magic of machine learning and neural networks – that it’s the best answer.

This is where a voice search through Home could be a powerful weapon. Users get a single answer back; the best answer. By providing the best information you’re not just reducing your competitor’s prominence; as far as the user is concerned, they don’t even exist.

Jon Norris is the Head of Content at RocketMill, and spends his days thinking about how companies can beat publishers at their own game. He has worked on editorial strategies for some of the UK’s largest finance and technology firms.