And here we are; nearing the climactic point in arguably the biggest seven-day period of the retail calendar.  Black Friday and Cyber Monday have gone from an American tradition to a global event in just a few short years, and ... 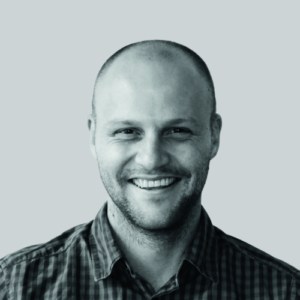 And here we are; nearing the climactic point in arguably the biggest seven-day period of the retail calendar.

Black Friday and Cyber Monday have gone from an American tradition to a global event in just a few short years, and the UK has been at the forefront of this trend.

After a huge increase in sales last year, it’s not easy to predict what will happen in 2016. Will the shops make the most of people trawling for deals, or will emphasis be placed on selling online to prevent happenings like this unfolding on their doorstep?

For performance marketers, questions regarding the ways in which people shop are some of the more interesting to pose.

How will people access their deals – by braving the hoards to get the full experience in-store, setting up camp at their desktops, or browsing on the go from their smartphones?

I’ve put my neck on the line to deliver some of my own predictions for Black Friday this year and here are the events I believe will unfold:

1. Traffic will remain at a similar level to 2015 – Last year saw a drop in traffic for the first time. However, this didn’t have any impact on the total value of sales. Some analysts are predicting the most lucrative Black Friday yet, and I can’t see them being wrong. To that point…

2. Sales will increase – I’m envisioning a 25% lift in sales and an increase in the average conversion rate to 30%, up from around 20%, on both Black Friday and Cyber Monday.

This increase is in line with year-on-year growth, showing the hike in popularity as more people concentrate their spending during the sales period. This year will be no exception, with economic uncertainty further boosting the consumer’s demand for deals.

3. Black Friday will drive 30% of all sales in November – Nearly one in three sales over November will come on just one day, with this following a similar trend to the previous years. Consumers are waiting for the best deals to complete their Christmas shopping and there is a lot to be said for the convenience factor here.

4. Cyber Monday is important, but not the headline act –  Six in ten (60%) sales that come through on Black Friday and Cyber Monday will come from the former as consumers try to get in on the best deals early on. This will be in line with what has been seen in previous years.

5. It’s the year of the mobile – Tablets and smartphone are enabling sales that otherwise wouldn’t be happening because people are still able to go to work and fit shopping around all the things they normally do. As a result, we will see conversion rates increase to 15% on mobile devices, up from around 10%. However, the impact of desktop shouldn’t be ignored, as users still use this as a primary device during the working day. Conversion rate on desktop will hit around 40%.

Those are my predictions in what is expected to be yet another franctic Black Friday weekend. If you have any of your own, I’d love to hear of them in the comments below.

As head of affiliate development and operations, Richard is responsible for overseeing the publisher team and the integration of large publishers on the UK platform. He ensures that they provide a diverse range of publishers for advertisers and in addition publishers are connected with the correct Advertisers. He also works closely with the international teams to bring greater data insight across all markets.