How Retailers Can Prepare for a Black Friday Bonanza in 2016

Black Friday will be here before we know it, and once again forecasters are predicting it will be record breaking. However, many retailers still seem to be unprepared for the onslaught of shoppers and, despite trying to take different approaches ... 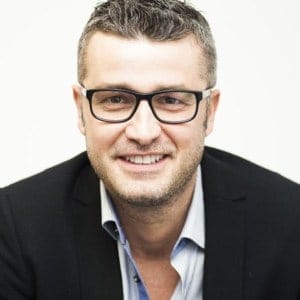 Black Friday will be here before we know it, and once again forecasters are predicting it will be record breaking. However, many retailers still seem to be unprepared for the onslaught of shoppers and, despite trying to take different approaches to avoid the chaos seen in previous years, still face challenges as the rush comes.

Last year we saw retailers finally starting to wake up and capitalise on shoppers’ thirst for Black Friday deals, and 65% of retailers in the UK put out deals and offers over the weekend. Leading the pack was Argos, who jumped in early to launch ‘12 days of deals’ in the run up to Black Friday, in order to avoid the sales frenzy on the big day. A week ahead of Black Friday, the retailer slashed prices on goods including electronics, jewellery, kitchen appliance, furnishings and toys. Argos marks the perfect example of a retailer who clearly thought strategically about how to integrate promotions into its Black Friday campaign by surprising the competition kicking off deals a week early, demonstrating the brand thinking differently about an obvious time to promote.

In order to truly reap the benefits of ‘Cyber Weekend,’ retailers must continue to take these measures and we expect to see this amplify even further this year.

So, what measures did retailers take last year to make it a success?

The majority of retailers (86%) aimed to ease the pressure on delivery firms and ensure that customers could get hold of their purchases quickly by encouraging more consumers to collect items in-store or use ‘commute-and-collect’ services such as Doddle.

Retailers recognised that most Black Friday sales don’t require next-day delivery. As such, 78% of retailers decided to increase delivery time, with many requiring up to four or five additional days to deliver to customers.

To prevent websites from ‘toppling over’ after being inundated by shoppers, 78% of retailers decided to build extra capacity into their websites and rented additional bandwidth over the course of the Black Friday and Cyber Monday weekend.

More capacity in the distribution chain

68% of retailers planned to hire or rent more storage capacity near urban hubs, block-book delivery services in peak periods to ensure deliveries can be made, and use multiple distributors instead of a single distributor to avoid any bottlenecks during peak times.

We’ve seen that taking those steps ultimately proved to be successful for retailers. Last year, Black Friday figures soared with Brits spending £1.1billion online on the day. Cyber Monday wasn’t far behind, as the same research shows that £968 million was spent online – making the ‘Cyber Weekend’ the most lucrative in history.

However, retailers who didn’t adequately prepare faced another year of chaos. Research from web monitoring firm Traffic Defender found that at least 15 retail websites suffered some form of loss of service on Black Friday, meaning that they were potentially missing out on the £763,000 being spent every single minute online.

We anticipate Brits will spend approximately £2.8billion online this year over the ‘Cyber Weekend,’ so retailers must make sure they are maximising the opportunity to truly reap the benefits, while also ensuring the shopping experience isn’t compromised. We expect retailers to offer fewer time-bound deals and take a more realistic approach to shipping, with longer delivery times yet again. We also anticipate there being a greater emphasis on click-and-collect services this year, due to the increased convenience they offer shoppers and retailers.

We know that mobile continues to be huge as more and more Brits rely on their smartphones to shop. Last year, traffic from smartphones made up 43% of all traffic to retailers’ websites, so ensuring your site is mobile optimised and able to withstand increased traffic from mobile and desktop devices alike will be crucial.

Over the past three years Black Friday has become an institution for British shoppers and there is no doubt that it is here to stay. It is a key time in the promotion calendar, but poorly thought out promotions could have a negative impact on the brand’s perception. Retailers must consider how they can use it to communicate brand values instead of looking at it as a one-off day of price cuts.

When done right, promotions can increase customer loyalty, so brands must make the most of Black Friday in 2016. We urge retailers to think about how they can prepare strategically to capitalise on the weekend’s action and take a slice of the money-making pie for themselves.

Giulio Montemagno is RetailMeNot’s senior vice president and general manager of the company’s international business activities outside of North America. In this role, Giulio drives the company’s international strategy and oversees operations for the company’s portfolio of brands, including VoucherCodes.co.uk in the United Kingdom, Ma Reduc and Poulpeo in France, Actiepagina.nl in the Netherlands as well as RetailMeNot in Germany, Italy, Spain and Poland. Before joining RetailMeNot, Giulio was general manager of Western Europe for PayPal. He spent 12 years at eBay and its PayPal subsidiary, serving in other various senior management roles within its business development, product management and corporate strategy teams. Giulio received his Master’s in Business Administration from Columbia University in New York, and the London Business School, and he received his Bachelor’s of Science from IULM University in Milan.