How 5G Will Change the Face of Mobile Marketing

5G networks are expected to start rolling out this coming year and will likely be standard in 2018. Given the profound impact that 4G had on mobile advertising, and the fact that by 2020, there will be an estimated 20 ... 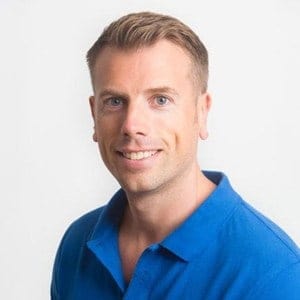 5G networks are expected to start rolling out this coming year and will likely be standard in 2018. Given the profound impact that 4G had on mobile advertising, and the fact that by 2020, there will be an estimated 20.8 billion connected devices in the world – up from the current figure of 6.4 billion – the advent of 5G represents an enormous opportunity within the world of mobile. Indeed, we are looking at a seismic event that will dramatically change mobile marketing for publishers, advertisers and end users.

Here’s what you should know now.

Looking back on it now, we can see how 4G ushered in the era of mobile video advertising, a format that has come to dominate mobile marketing. While the limits of 4G are still being pushed, as with Finnish telecoms firm Elisa, which recently claimed the new world record for fastest mobile internet at an astonishing 1.9 gigabyte per second, 5G will theoretically make download speeds of 10,000 Mbps the norm.

But it’s the enormous speed and high capacity that’s going to open new frontiers. 5G will empower media companies to deliver 4K video and high quality AR and VR content to mobile devices. It will become the backbone of a digital society enraptured with new technologies that deliver more realistic, immersive and interactive experiences. With 5G just around the corner, the marketing world should be poised for still more innovation, and with that a subsequent vast array of new mobile marketing opportunities.

As noted above, the increased power of 5G will make the expansion of augmented/mixed reality more feasible, with mobile VR (virtual reality headsets not connected to a computer) driving that adoption.

Consider for a moment where that could take marketing, for example in a travel app. It could use VR to build photorealistic representations of candidate vacation spots or hotels for customers to help them choose. From your living room or office, you could have a mini-experience with the Taj Mahal, Amazon River, and Aurora Borealis over Reykjavik; you could move effortlessly from one location to the next simply with a wave of your hand. Done right, applications like this could enthrall users and drive conversions in ways which could make “traditional” clicking and swiping anachronisms.

In the classic sci-fi movie Total Recall its lead character purchased a memory implant for a holiday adventure. Given where things appear to be going it is entirely plausible that VR holiday content will fuel a new, viable ecommerce market.

Rather than selling actual physical holidays brands and publishers could also offer ‘VR vacations’ as in-app purchases. In this scenario, the traditional levers to pull for mobile commerce – targeted UA, engagement and retention tactics – would be just as important or more important than ever, as more and more “content” for purchase becomes mobile and digital.

Growth in AR and VR is increasing at an exponential rate. TechCrunch reported that their revenues could reach $150 billion by 2020, with augmented reality taking the lion’s share at around $120 billion and VR at $30 billion.

Some companies are ahead of the game. Magic Leap, which has demoed what it calls ‘Mixed Reality,’ has been deemed “the world’s most secretive startup” and has already garnered $1.4 billion in investment. Its engineers are working on a headset that uses actual surroundings blended with digital light and graphic elements to create a version of the world that seems just as believable as the real thing. Their goal is to use human sight patterns to create an algorithm to make things look as realistic as humanly possible.

With the planned deployment of 5G expected in 2018, the proliferation of affordable VR and AR, for example Sony’s mass-market PlayStation VR rolling out in October 2016 – a record $2 billion USD invested in VR this year alone – it’s safe to assume that virtual reality will become the a widespread platform for mobile in the very near future.

Smart 5G wearables, 5G-powered IoT devices and AR/VR/mixed reality will empower mobile advertisers with unprecedented access to consumers, their personal interests, and their activities. Done right, this will be on an anonymous level, with no data tied to a personal identity.

All this information combined will take advertising to a new level of tailoring and relevance; given that mobile already offers a terrific degree of targeting and the ability to continually iterate based on data, additional insights garnered from 5G will take it even further. Think of the possibilities with augmented reality ads on 3D Google maps, ultra-intelligent refrigerators that link to markets in your area, context-aware ads on IoT home devices that find deals on items you need for dinner, or VR goggles that track eye movements for controlling on-screen graphic interfaces – the only limit is one’s imagination.

So what will it take to successfully leverage 5G? A willingness to grab the bull by the horns and leverage virtual and augmented marketing, of course.

According to the Ericsson Mobility Report, the industries that will benefit the most from 5G will be those that connect something in the physical world to the internet and vice versa. It’s going to be all about customisable connectivity. For advertisers, the sky really is the limit. There’s much to anticipate in the shiny 5G world of possibilities.

Simon is managing director EMEA at AppLovin, where he is spearheading the AppLovin launch into international and emerging markets. AppLovin is one of the world’s fastest growing mobile advertising platforms, delivering smart marketing automation solutions for brands looking to reach new consumers across mobile and TV apps. AppLovin processes over 50 billion ad requests from around the world each day and is on track to achieve a $300M revenue this year. Simon is helping to further capitalise on this development, driving revenue across EMEA and delivering full support to new and existing clients. Prior to joining AppLovin in 2014, Simon was a general manager - and part of the global leadership team - at a renowned digital agency, AKQA. He was involved in signing and managing Nissan Motor Company, Infiniti, Formula One Management, Coutts and Studio Canal (Paddington Movie). Before that, Simon spent nine years at TBG, playing a pivotal role in transforming the small London-based digital agency into a large global entity. Starting as a business development manager, he eventually became chief revenue officer and managed the entire European division. He was tasked with driving revenue, supporting existing FTSE 100 clients, improving quality control and profitability, staff training, yearly budgets, compensation plans, marketing and leading over 100 people in the sales, account and operational teams. All his hard work was recognised when TBG won the highly acclaimed 'Agency of the Year' award in 2012.