There is a giant elephant in the app store: buried among the million-plus apps is the harsh truth that consumer app fatigue is at an all-time high. Each week, a new data point offers more evidence. Nearly one in four ... 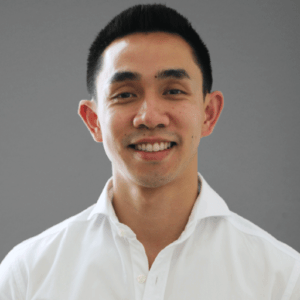 There is a giant elephant in the app store: buried among the million-plus apps is the harsh truth that consumer app fatigue is at an all-time high.

Each week, a new data point offers more evidence. Nearly one in four people abandon an app after only one use. The average number of apps has remained flat for the past four years, about 65% of smartphone users download zero new apps per month, and people are spending more time in the apps they already use and love.

Heeding app fatigue, the dominant players – Apple App Store and Google Play – have made changes to the app experience, which many people find long overdue. In late May, Google announced Android Instant Apps, a game-changer for the mobile web that allow users to run a part of an app instantly, without a download. In June, days before its WWDC, Apple unveiled a batch of changes to the Apple App Store, including paid search ads, a subscription-based model for users, and revenue sharing for developers.

Despite some good headway, the reality is that downloads are the single biggest barrier to discovery. People are downloading apps in order to figure out what they are, finding out they aren’t as expected or as promised, and then deleting them. Despite this, developers continue to chase after installs and downloads, even when the actual people connected to the download will later uninstall (in fact, 95% of apps are uninstalled after one month). At the same time, cost-per-install advertising rates are skyrocketing, with developers paying $3 to $10 on average to acquire a new user.

Part of the problem, I believe, is that up until this point there hasn’t been product marketing for mobile apps. Think of all the most important or even memorable products in your life – from your smartphone to your car to appliances to clothing to even music – you’ve been able to get your hands on the actual experience before signing the dotted line. Apps add a lot of value to our lives, but we don’t really know what we are getting into before it becomes a nuisance. Instead, we get interrupted by banners ads and annoyed by pre-roll video ads trying to get us to blindly install. Increasingly, ads driving installs will have to offer value beyond “look at my product,” and move toward play, engagement, and immersion.

Important lessons and best practices from product marketing will be extremely relevant as app developers overcome app fatigue and convert new players into lifelong fans. The basic premise of product marketing is to convey what your product and app can do for the customer, with the goal of inspiring, converting, and retaining. Here are five product marketing questions developers can use in their campaigns to fight the good fight against app fatigue.

The success of advertising and marketing technologies has amounted to sheer volume, as consumers everywhere have become bombarded with ads across their laptops, smartphones, and tablets. Think of how many times you see a mobile ad, and your first impulse is to X out or mute as quickly as possible. It may seem obvious to say, but the flat-out truth is that if the creative content of your mobile ads isn’t engaging within one to two seconds – whether that means surprising, suspenseful, wacky, or provocative – you are throwing your ad spend into the garbage. Static display and banner ads, interstitials and even most video ads are not cutting it any longer. New rich-media formats like Facebook Canvas ads are a step in the right direction, blending image carousels, panoramas, and video in a full-screen, engaging experience. App developers need to pay attention as more innovative, creative, engaging formats evolve.

Given the uphill battle of monetization, developers have become singularly focused on revenue metrics across different ad formats and marketing channels. It’s a sensible approach for chasing dollars, but in the process, you become further and further distanced from actual users. It’s my belief that the winning apps will be the ones that deliver value add to the user. Android Instant Apps may be hitting the headlines recently, but it’s actually the third announcement from Google that relates to app streaming. Last March, Google announced the launch of Trial Run Ads, which let users try out an app for 10 minutes in the search results to help them decide if the app was worth downloading. What makes Trial Run ads so powerful is the convenience it delivers to people – a simple click on a search result and you get the app instantly and without storage woes! Can you demonstrate the value of your app to users in 15 seconds? Crystallizing your value proposition and consistently demonstrating it across channels remind people why they appreciate and love about your product.

App fatigue is largely driven by passivity, which lets people to tune out, ignore, and delete apps with ease. Right now, a huge majority of the ads, emails, and messages we get from marketers don’t ask anything but our eyeballs. Luckily, there are increasingly new ways to engage people through interaction. Playables are a relatively new form of app discovery that allows people to instantly sample and test out apps and games before they download. In my view, they are the first pure instance of product marketing in mobile because they give people access to the actual experience – not some watered down or glossy version of the app, but the same exact thing as if you downloaded it.

Right now, there are only a few players in the market who do interactive playables, including CrossInstall, Google, and my company mNectar. However, others are sure to join the pack, as playables have been shown to create happier advertisers (who get lifelong customers), happier customers (who rate the apps higher), and happier developers (who get higher revenues). For instance, mNectar’s rewarded playables, which incentivise users to sample new apps with perks like currency or level-ups, drive seven times higher conversion than rewarded video ads. Both types of ads offer rewards, but the one that actually requires interaction is showing higher conversion than the one that rewards you for setting down your phone and walking away.

The worst marketing and ad campaigns are the ones that come off as manufactured, fake, and disingenuous. Key to a successful ad/marketing campaign today is the ability to offer an authentic experience that people want to participate in and share with their friends and family. Snapchat is a dominant player in this category. Taco Bell’s recent campaign, which turned all your friends into giant, terrifying taco shells, went crazy viral and shattered records. The Gatorade Snapchat campaign during the Super Bowl was just as successful, allowing people to participate in the iconic game-time tradition of dumping Gatorade over someone’s head. Capitalising on our desire to socialize moments and share our lives, Snapchat essentially makes ads personal and authentic at-scale.

In addition to being engaging and valuable, mobile ads for apps need to become smarter and more informative. It may seem far-fetched now, but what if in the near future you could actually communicate with ads in a two-directional matter. The Weather Company just announced it will be using Watson’s artificial intelligence software to let advertisers create display ads that invite people to ask Watson questions about their products, either by speaking or typing into a search box.

Right now, these smart ads are only available for the Web, but are expected to be available for mobile soon after. The concept may seem like the stuff of science fiction, but it raises a central question – how can advances in AI and machine learning make app ads smarter and more informative in a way that ad tech promised, but has yet to fully deliver. How does AI/machine learning materially impact a user’s life is of central importance to developers in the fight against app fatigue.

Wally Nguyen is Chief Executive Officer of mNectar, where he leads a dynamic team in revolutionizing mobile app discovery and engagement. A passionate and driven leader, Wally previously served as Senior Vice President of Business Development at Pocket Change, overseeing all business operations. Previously, he was Vice President of Sales at Super Rewards, where he built out the core publisher and advertiser platforms and led the company through its acquisition by Adknowledge. He developed his leadership skills at app and digital infrastructure companies including EdgeCast (acquired by Verizon) and Panther CDN (acquired by CDNetworks).