Everything You Need To Know About Viewability

Viewability describes the visibility of an ad on the screen area for a specific period of time. The Media Rating Council (MRC) describes classical display ads as 'viewable', if at least 50% of the creative is within the viewport of ... 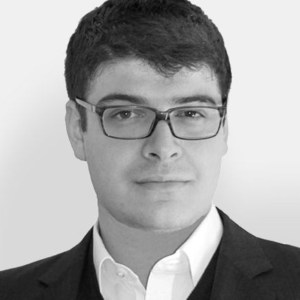 Viewability describes the visibility of an ad on the screen area for a specific period of time. The Media Rating Council (MRC) describes classical display ads as ‘viewable’, if at least 50% of the creative is within the viewport of the device for one consecutive second.

The rule for video ads is that they have to be within the viewport for at least two seconds in order to be classified as having been ‘seen’. The so-called ‘viewability rate’ serves as a benchmark for comparability.  It is also an indicator of the success of the ad.

Why viewability is important

A key feature of impact making ads is their high viewability rate. This can be an indicator of a high quality placement which can be valuable to advertisers as a KPI. There is an assumption that header spots – placements that appear before the content the user has selected (sometimes called header banner), represent the placement with the best viewability. At the same time centre spots – ads placed somewhere in the middle of the site –  are an attractive alternative, because they represent a good compromise in the ratio between price and viewability.

Viewability as a measure against fraud

So, what is working to prevent ad fraud? More advertisers and agencies like ours are paying closer attention to analytics and scrubbing out the bad and useless information which is making a noticeable dent in ad fraud. There are also more advanced technologies to detect and mitigate the advanced bots.

The ISBA, the IAB and the IPA set up the Joint Industry Committee for Web Standards (JICWEBS) in the UK to establish good practice for media agencies, ad tech companies, publishers and ad networks. The good news is that many industry insiders are predicting better times ahead with industry-wide cooperation to battle ad fraud and reach agreement on viewability standards on the horizon.

Last year the Media Rating Council (MRC) and the IAB laid down guidelines for the viewability of ad impressions. For the mobile segment there is no fixed definition yet, but last year a number of recommendations were developed by the MRC and relevant representatives of the industry. An update is expected for the first quarter of this year.

At present there are hardly any differences between measurement criteria in the desktop and in the mobile environments. However, it can’t be excluded – although very unlikely – that under certain circumstances, even impressions of less than one second will already be classed as a ‘viewable impression’ in the mobile segment.  This is due in particular to the display size of mobile devices because the ad appears more prominently in the visible field, which means that it is perceived at an earlier stage.

A high probability level for the viewability of an impression comes at a price. Invoicing on the basis of viewable impressions is referred to as ‘viewable cost per mille’ (vCPM), It allows clients to plan, buy, and execute against a guaranteed price for a guaranteed number of viewable impressions. This system is enjoying increasing popularity, especially in brand advertising, because it enables advertisers to purchase the ‘right’ impressions right away. It‘s worth noting however that the efforts and costs for achieving a viewable impression are higher, which means that in terms of price the VCPM may be higher than that of the classical CPM.

In conclusion, it should be clear to advertisers that this is a worthwhile investment. Buying viewable impressions guarantees that the advertising budget is being applied much more effectively.  As advertisers apply more standards when it comes to the measurement of viewable ads, 2016 is set to become a key year for establishing it as a trading metric.

Evgenij Tovba is Director of Technology at YOC (www.yoc.com) and is responsible for the Technology and Product Development sections, as well as IT Operations at the domestic and international level. His core operations consist of the implementation of innovative product solutions for advertisers and publishers, including new products with a viewability guarantee, and the Mobile Programmatic Trading segment.