Mature Content: How to Advertise to the Older Generations

Last year’s Adults’ Media Use and Attitudes Report from Ofcom, revealed that there has been an increase in the number of adults going online since 2012, particularly those over the age of 65. This shift in demographic represents a ... 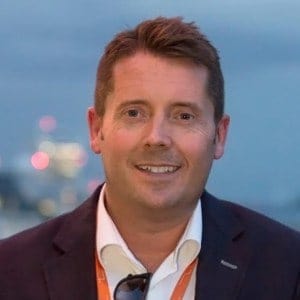 Last year’s Adults’ Media Use and Attitudes Report from Ofcom, revealed that there has been an increase in the number of adults going online since 2012, particularly those over the age of 65. This shift in demographic represents a massive source of untapped revenue for retailers and service providers, not least because this age group often have the money as well as the time to purchase online. However, according to a recent Criteo survey investigating consumer’s attitudes and behaviours towards advertising, browsing and shopping online, many advertising campaigns are failing to appeal to consumers over the age of 45, let alone those in the 65+ bracket.

In general, the survey results found that those aged over 55 are frustrated by the adverts they view online; they find them irrelevant and intrusive. Not surprisingly more than 65% said they would like to get rid of advertising all together. It would appear that not only are brands failing to engage with older users, but advertisements could stimulate negative associations with brand messaging and ad content. To combat this and capitalise on the ‘silver pound’, brands need to adopt a personalised approach, in order to serve timely and relevant ads that appeal to those of a certain age.

To date many advertisers have taken a one size fits all approach and this was reflected through the survey results. It has not taken long for many to realise though, that this does not work. Silver Surfers cannot be treated the same as millennials. Indeed figures published by eMarketer found there was a clear divide between younger (under 45) and more mature generations (45 and over), with the latter requiring an even more personalised approach when it comes to advertising.

In fact, the survey results went on to identify some key differences in demographics – all of which need to be considered when marketers are designing campaigns. For example, a third of 16-24 year olds have a strong positive reaction to attractive imagery in online advertising, but only a tenth of over 55s feel the same; 16-24 year olds were almost twice as receptive to ad placements on non-familiar websites, with the over 55s preferring ads on site the know and trust.

Something else for marketers to consider is how the older generation acknowledges adverts online. The results show they are much more prone to noticing an advert on a webpage they have visited before, rather than on a website they were visiting for the first time. This is in stark contrast to the younger generations who tended to notice an advert as long as it was relevant, no matter the website. Again, this is a huge endorsement for ad personalisation rather than spray and pray tactics.

Thankfully for Silver Surfers, marketers are making changes – adverts are becoming more relevant with the survey results showing 11% of those over 55 finding ads more relevant now than a year ago.  This is only a small improvement and significantly lower than that of the figure for 16-24 year olds (46.6%), but it is an improvement nevertheless.  We can’t stop there though – more needs to be done. Brands need to think about the individual, delivering relevant, timely bespoke ads to will engage both the grandparents among us and those still in their teens.

Jon  joined Yext in July 2016 as managing director for UK & Northern Europe. His extensive experience in acquiring and leading a range of large international businesses and setting up smaller, ambitious start-ups is enabling him to grow Yext’s international footprint and customer base throughout EMEA. Prior to Yext, Jon was managing director for the UK and Northern Europe at Criteo, where he was responsible for driving 300% revenue growth across Northern Europe. He has also held senior roles at Experian and Dun & Bradstreet.   Jon has an extensive knowledge of the digital, data and analytics sector which he has brought to bear not just in his leadership roles but also as an industry commentator and speaker with a focus on ad tech, mobile and proximity marketing.