Given the fact that I’ve been in ad tech focused roles for half a decade, it’s somewhat surprising that this was my first trip to dmexco. The event has become a must attend for the industry. While there ... 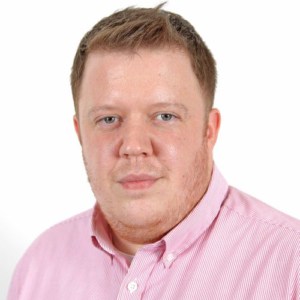 Given the fact that I’ve been in ad tech focused roles for half a decade, it’s somewhat surprising that this was my first trip to dmexco. The event has become a must attend for the industry. While there, I was very excited to see announcements and developments over the course of the two days from major global partners, as well as the innovations and releases from start-up ad tech companies (something which I am personally passionate about).

Over the course of the event there was a lot of overlap in the propositions of the exhibitors and this pointed to a number of key industry trends. These are the top themes I spotted from this year’s event.

Over the past year we have seen a huge debate play out in the trade press and trade conferences; ‘open web’ versus ‘closed web’.

The ‘open web’ allows for seamless flowing of data between technologies and encourages innovation and discourages monopolies. However, one unsubstantiated concern over the ‘open web’ is misuse of consumer and company data. On the flip side you have ‘closed web’, where major media companies are perceived to have a position where they can create a monopoly, forcing marketers to spend directly through them. Over the course of dmexco, it seemed to me that the ‘open web’ was finally becoming the winner.

I attended a fantastic session with Atlas (owned by Facebook) where they discussed interoperability. They showed the potential of allowing data and technologies to be plugged into their ad server for targeting and measurement. The only caveat here though is that Facebook data won’t be taken outside of Facebook, but this is an understandable stance given the concerns users may have around how their data is really used by marketers.

From a personal point of view I think this is a step in the right direction. Ensuring that clients have a choice about which technologies to use is incredibly important from both an innovation and a custom/speed-to-market point of view.

I would not be surprised if all the 880 exhibitors at the conference mentioned data at some point. Latitude/longitude data, cookie data, hashed data, carrier data, IP address data, demographic data, factual data, cross-device data, the list really could go on for the whole of this post!

Whilst many of the discussions centred on types of data that companies had unique access to, there was also talk at length about the scale of data. While having data is good, do you have enough of it to use robustly and make a well informed marketing decision? This led to the theme of ‘data robustness’.

I discussed this in meetings with Signal, Turn, Drawbridge, xAD, Google and Atlas. All of these partners have differing approaches. The key differentiators in approach are what we now call ‘deterministic’ or ‘probabilistic’. Deterministic is ‘known’ data and probabilistic is ‘inferred’ data using sophisticated modelling techniques to within a pre-defined confidence level (usually 90% in most models).

Deterministic companies such as Facebook, Google and Amazon, rely heavily on their own known data and apply a small percentage of modelling for users they don’t recognise and do not disclose the difference between known and modelling in their reporting. On the other hand companies like Drawbridge and xAD will infer who a user is by applying a model across hundreds of data points which aren’t their own. Often this data is captured from bid request data from mobile and desktop banner impressions and then validated via a partner like Nielsen.

What we really learnt at the event is that data robustness is incredibly important for clients to move forward with their “audience first, media second” strategies.

Quite often at these types of conferences the companies involved forget the end consumer, but this actually came through as a strong theme at dmexco. In particular, how technology and data can create a desirable end experience for the consumer and in turn a better performance for marketers?

Personalisation has been talked about for years and with interoperability and data robustness advancing, we will see it driven further forwards via marketing channels with more visible results.

Wayne is Head of Programmatic at iProspect UK. He has over 7 years’ experience across agency and supply side operations with the past 5 years fully focused on programmatic. He was one of the first people to trade on a DSP in the UK and co-founded an in-house “trading desk” which hired 5 people and managed £5m of budget in its first year.