Digital video has grown from relative newcomer to one of the most popular mediums for marketers. Thanks to its high-engagement capacity and substantial audience, video ad spend has increased by 42% year-on-year, reaching £442 million in 2014. Yet despite predictions ... 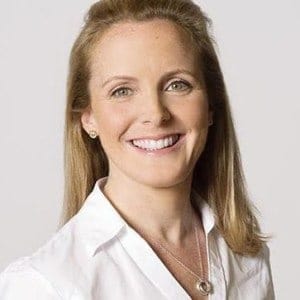 Digital video has grown from relative newcomer to one of the most popular mediums for marketers. Thanks to its high-engagement capacity and substantial audience, video ad spend has increased by 42% year-on-year, reaching £442 million in 2014. Yet despite predictions that video will take an even bigger slice of budgets, the medium is not as immutable as we may think. Like its digital cousins, video is plagued by one persistent problem — viewability.

On average, only 54% of digital video ads across the web are viewable. Making the imbalance between the investment and the proportion of videos seen, an inescapable issue. With video viewability climbing to the top of the agenda, here are the three key things every brand needs to know:

1. The situation as it stands

Last year the IAB and MRC issued new standards, stipulating that video ads are only considered viewable when at least 50% of the pixels are in view for two seconds. But the standards came under fire for the relatively low benchmark they set, prompting marketers to create their own metrics and evaluations. Prominent brands took matters into their own hands — Twitter implemented strict new standards that specified a requirement of 100% viewability, as did Ford and Unilever.

It seems to me that a drive towards better, industry-wide standards will be the inevitable and most effective solution to the problem. In the interim, brands are exploring other ways to secure viewability — such as buying directly from publishers to gain greater control over placements and the sites ads are served on.

It is perhaps to be expected that mobile — the fastest growing ad format — is also the best medium to engage with consumers. Video ads on mobile attain an average of 83% viewability, while video ads on tablet achieve 81% viewability. At just shy of the YouTube standard of 94%, this is proof that device matters. Just as other forms of digital advertising are becoming part of an interconnected ecosystem of devices, video too requires multi-channel campaigns. For marketers, emphasis on responsive design that can adapt creative for different devices, including mobile, will be essential to ensure ads have the opportunity to make an impact.

The most popular ad unit for video is a modest 300 pixels wide by 250 pixels tall and it’s perhaps clear to see why — smaller ads are deemed to be more versatile and easier to view. But the average viewability at this size is just under 20%, whereas the much larger ad unit of 848 pixels wide by 474 pixels tall gives video room to be seen, with a viewability rating of over 80%. Though it seems peculiar, this is a very logical result of the current standards. As the benchmark relates to the position of the video player on the screen when the ad is served, a larger screen increases the probability that the ad will achieve the 50% threshold. It appears that for video, bigger is better.

Amidst the controversy and lack of consensus, the importance of viewability remains the only consistent issue facing marketers. The good news is that there are some best practices than can be used:

Choose the right tools: A myriad of measurement tools have arisen to offer brands post-campaign analysis, and each fulfills a different function. To obtain a comprehensive picture, brands can mix and match ad servers that offer delivery data using CPMV to monitor cost, and platforms that retrieve delivery from multiple publishers to provide finite detail.

Pick a standard and stick to it: The majority of viewability issues arise from confusion about what makes an ad viewable. Be it metrics chosen internally or those of the IAB, brands must adopt a set standard and use a clear threshold for viewability to determine success.

The influence of video advertising is accelerating at an unprecedented speed — by next year its worth is expected to top £960 million. Yet the move towards a consolidation of better viewability standards is slow. It is therefore up to marketers to protect their investment by taking steps to ensure their video content is viewable. By optimising creative for multiple channels, following a set of clear metrics, and carefully managing ad measurement, marketers can create viewability strategies that will secure the future success of video advertising.

Managing director Europe at Mediaocean, Sarah oversees all facets of the relationship between the company and its European clients – from guiding the strategic partnership to account management to the delivery of Mediaocean products. She has been instrumental in shaping Mediaocean’s client relations, particularly in the UK & Ireland, since the mid-1990s.  She joined the Donovan Data Systems (DDS) account management team in 1994, and rose to become DDS’ Director of Agency Relations UK & Ireland. From that time forward, she and her teams have been intimately tied with the major holding companies and large agencies in Europe, and across the world. Sarah graduated from Newcastle University in 1994 with a degree in Economics.