As the industry aims to shift the media currency to viewable impressions and campaigns will now be measured on exposure, are we truly measuring engagement or simply helping to reduce fraudulent traffic? And does this exemplify an improvement in media ... 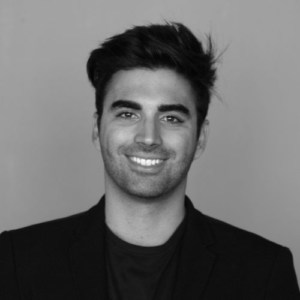 As the industry aims to shift the media currency to viewable impressions and campaigns will now be measured on exposure, are we truly measuring engagement or simply helping to reduce fraudulent traffic? And does this exemplify an improvement in media measurement?

The IAB states the following within their 2015 State of Viewability Report:

“We are in the midst of a remarkable transformation, whereby digital media transactions will be based on exposure to individual advertisements, not averages of multiple ads, like TV, or surrogates for exposure like print.”

Before going any further, it’s helpful to review what is considered a viewable impression. Here’s how the IAB define it:

“Desktop display ads to be considered viewable if 50% of their pixels are in view for a minimum of one second and for desktop video that standard is 50% for two seconds. In addition, the standard stipulates that for larger desktop ad units, thirty percent of pixels in view for one second constitutes a viewable ad.”

For a thirty second brand spot, only 1/15th of the ad needs to air, while having just 50% in frame.  In comparison, imagine watching a TV commercial where only half of the screen is displayed, just long enough to see a brief image and less than three words. It would seem clear that we need a better standard of measurement as to what constitutes a viewable ad.

Another problem is the high volume of immeasurable impressions, which often occurs with legacy buy-side businesses. Viewability ends up being added on as just one more product in the stack, which then becomes immeasurable as much as thirty percent of the time. This is considered industry oversight and should be averaged out with measurable impressions. “Non-measured impressions should not be assumed to be non-viewable impressions” is the precise guidance from MRC.

The IAB and MRC have set these standards as a reflection to industry averages and the current technological state. Both parties are actively developing new technologies to improve measurement and engagement capabilities, such as the IAB SafeFrame, which allows for more transparency between the advertisers and publisher at the page level. So what does measuring viewability in its current state truly represent?

The current measurement of viewability represents more of an improvement for fraud and illegitimate traffic detection, rather than a measurement of audience engagement. The two primary technologies for measuring viewable impressions (page geometry & browser optimisation) both involve calculating how much of the videoplayer is in frame after two seconds of delivery and then reports that information back to the server. This is extremely helpful for eliminating stacked iframes, micro-video players and traffic that abandons the page before loading. However, this has little effectiveness in measuring audience exposure and interest.

With improved accountability, a true measurement of engagement can be achieved, but it begins with transparent unity between the publisher and advertiser. A prime example of this is the relationship GroupM and Conde Nast formed last year, in which Conde Nast agreed to more stringent viewability terms. However, there are many more ways the viewability measurement can be improved. The different players in the marketplace all have roles to play in this regard.

One, to further reduce fraudulent traffic, we need to start with the exchanges, as that’s where the traffic is getting in. The automated gate keeping for publishing websites is a major factor for the fraudulent traffic that plagues our industry.

Although the exchanges are actively creating new ways to prevent fraudulent website publishing, they currently make extensive profit from uncaught fraudulent websites. This clearly represents a conflict of interest that needs to be resolved.

Two, on the vendor side of the equation, reducing the number of resellers and focusing on the vendors that offer direct partnerships, improves targeting and measurement accuracy (as well your bottom line).

Three, publishers play a large role in their own underperformance by utilising web design with competing content. It’s difficult to keep a consumer’s attention for thirty seconds and nearly impossible when they have a dozen other pieces of content in eye sight. Shifting towards web design that offers content exclusivity creates the largest opportunity for success. The consumer enjoys a less distracting experience, while the brand has a legitimate opportunity at engagement.

As the brands continue to invest more budget into the video industry, these demands and expectations will be met by the increasing amount of competitors entering the space.  If the key stakeholders in the market can work together to solve some of these glaring problematic issues, the video industry will see rapid improvements in the years to come.

Ross is the Founder and CEO of VideoAmp, a programmatic platform changing the way brands buy, plan and measure video ads. Ross founded VideoAmp with the vision to build a video advertising platform that could connect all devices and channels including television and online mediums.