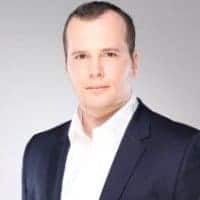 Programmatic ad buying is experiencing phenomenal growth – allowing marketing campaigns to be delivered efficiently and at scale across a wide range of channels. But for many advertisers, the original open exchange model is associated with low-cost remnant inventory, poor-quality placements, and ad fraud – discouraging its use for premium ad buys.

A demand for alternative models has resulted in the formation of Private Marketplaces, which now account for over a quarter (27%) of programmatic ad buying. A PMP is an invitation-only marketplace where premium publishers make their inventory and audiences available to a select list of advertising partners via a programmatic platform. While the publishers keep control over their inventory, advertisers benefit from access to higher-quality inventory, enhanced ad placement, and reduced risk of fraud, in addition to all the advantages of programmatic.

So, with brand safety and ad placement becoming increasingly important to brands, how can advertisers make the most of PMP ad buying?

To achieve the best results from PMPs, advertisers first need to leverage their customer data to determine the audiences they want to reach and the types of sites on which they want to advertise. By choosing PMPs that include premium publishers relevant to their offering – who in turn work with leading DSPs to ensure brand safety – brands can benefit from high-quality, precisely-targeted ad placements at scale.

2. Make use of complex ad formats

Advertisers can maximise their ad spend by using more complex and engaging ad formats such as rich media, wallpaper and video – the ad format that has triggered the growth of the PMP model – rather than solely relying on standard display banners. They should look to work with PMPs that can scale creative – be it audio, video, or display – across multiple publishers without the need to produce numerous versions of the same ad.

3. Draw on campaign insights and analytics

One of the advantages of PMPs is the ability to enjoy the benefits of programmatic in a brand-safe environment, so advertisers should make the most of the real-time campaign insights and analytics delivered by programmatic platforms. They should look for PMPs that provide actionable statistics on campaign performance that can be used to inform campaigns in real-time and in the future.

5. Use PMPs as part of the programmatic mix

Adopting the PMP model can be seen as one of the steps towards advertisers spending their entire campaign budget programmatically, but this does not mean PMPs will replace open marketplaces. PMPs and open exchanges should be used complementarily within any programmatic strategy, and can be used for elements such as campaign testing. For example, advertisers can analyse open exchange data to inform decision-making in PMP buying. There is still value in the open exchange model, so advertisers should consider how PMPs best fit within their overall programmatic strategy rather than replacing one model with the other.

PMPs provide a safe environment for advertisers to experience the scale and efficiency of programmatic, while accessing higher-quality inventory, enjoying premium ad placements, and importantly – reducing the risk of fraud.

By identifying the audiences they want to reach; leveraging publisher data, complex ad formats and actionable analytics; and using PMPs as part of their overall programmatic strategy – advertisers can maximise ROI while maintaining brand safety and control.

Romain Parent has been the Chief Network Officer at Sublime Skinz for the past three years. Romain oversees the global development of Sublime Skinz’ network, sales house, and the selling of its technological offerings. Prior to Sublime Skinz Romain was the CEO at Community Fertilizer, an online services company, for more than six years. Romain is an e-business specialist and alongside Sublime Skinz, is also the Co-founder and Director of Communication at Facilecommand Sportganizer. Romain is a speaker for high schools such as La Sorbonne and the Web School Factory.