INside the Boardroom: Dan Young, International Yield & Programmatic Director at The Weather Channel

Anyone who works in media and advertising will be no stranger to the term programmatic. It has taken the industry by storm and is now a powerful and efficient way to match buyers and sellers effectively and is all but ... 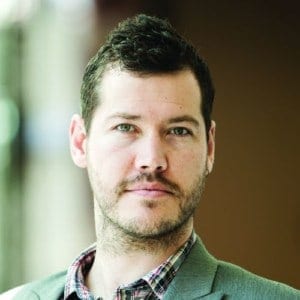 Anyone who works in media and advertising will be no stranger to the term programmatic. It has taken the industry by storm and is now a powerful and efficient way to match buyers and sellers effectively and is all but integral to the advertising mix. It goes without saying that in just a few short years programmatic has disrupted the industry and at a rate that has surprised many, from being almost unheard of in 2009 to evolving and growing to what Magna Global is recently predicting to reach $53 Billion globally by 2018.

At various London events at the back end of 2014 we discussed the current and potential future of programmatic, any issues that may arise and how to overcome or prevent them.   Yet I am amazed about the volume of questions that are still popping up around understanding the cryptic nature of what is actually going on behind the keyboards and screens of those entrusted to do the transacting, not to mention the fears surrounding fraud, transparency, viewability and control.  It seems that the measurability, granularity and overall pace of change that has made it such a useful tool is the very thing that makes us wary of it, and therefore it has become a slight victim of its own success.  With this cloud of confusion, why do we still feel the need to use smoke and mirrors and talk in acronyms?

The perception of programmatic is at times vastly different to the reality; but ultimately it’s an evolution in the way we do transactions and not something to be afraid of. Understandably, there is still some scepticism, but I believe much of this can be attributed to understanding, or lack thereof. What is important to know is that the technology enables new opportunities through unlocking incremental demand and supply; it allows the leveraging of valuable information and the enrichment of inventory and consequently the performance if used appropriately.  A common misconception is that programmatic is a plug and play ‘add-on’ solution, but in reality it should be seen as an enabler, about building relationships and trust, ensuring it is universally understood, reinforcing buyer and seller transparency so that everyone is clear across every touch point.

Programmatic should not be seen as a way to compete with direct sales but alternatively as a way to compliment these efforts as well as the entire advertising stack.  The multitude of controls available should also be embraced; after all they are there to give publishers the ability to capitalise on volatile inventory, whilst maintaining the quality of advertisers, volumes, locations and pricing. Equally, an advertiser can keep and boost their relevancy and trust in where their ads are being shown.

It should come as no surprise, and I am by no means the first to say that programmatic advertising is here to stay.  It continues to take greater a share of digital budgets as brands and publishers alike start to unleash the value in their data and the increased control and efficiencies that the programmatic technologies are offering.  It is also beginning to move into other forms of media, radio, TV and outdoor, and will no doubt become a valuable asset in the tool kit for all involved.  Media owners want to make sure they are getting the most out of their audiences and associated with the right brands, just as a brand wants to be associated with the right publisher and in a brand safe environment. Working together, establishing trust and understanding is imperative for this to truly succeed.

The Weather Channel works closely with a range of programmatic partners and leverages powerful weather, intent and location data across these including the Google ad exchange.  Working together and often using their dedicated teams to facilitate introductions between buyers and sellers have proved beneficial.  We also have programmatically trained sales teams who have conversations with agencies every day and are confident to have these discussions and make sure those opportunities are captured whether they come from programmatic or traditional methods.

Although many are miles ahead in their understanding and implementation of programmatic practices, without being open about definitions and standards and we cannot expect to achieve complete transparency or optimisation. By accepting automation instead of fearing it, agencies, trading desks and publishers will not only drive the success of the technology, but also better perform in the eyes of the client.  If programmatic is embraced it will not only open doors in terms of monetisation and campaign delivery but also pave the way to solutions to the questions that it presents. The truth is, those that are resisting, could well be missing out and delaying the progress.  As programmatic continues to grow, so too will our ability to resolve any issues yet for this to have the best chance we must continue to educate and drive forward programmatic.

Daniel Young serves as global yield & programmatic director for The Weather Company (Weather), with well-known brands such as The Weather Channel, weather.com and Weather Underground. He is responsible for international pricing and inventory management as well as the monetisation of all international proprieties utilising channels outside of direct sold, with programmatic forming a sizable portion of this. He is based in London with Weather’s U.K. team. Last year he implemented the latest Google AdX product across Weather’s 37 language sites outside of the United States, enabling granular controls of non-guaranteed inventory. The WeatherCompany is currently strengthening its programmatic relationships with trading desks and partners to drive growth in this landscape.