Real-time bidding (RTB) has undoubtedly gained rapid momentum across the web in recent years, growing faster than any other digital advertising segment. In the US alone, RTB spending is predicted to grow from $2 billion in 2012 to $14.4 ... 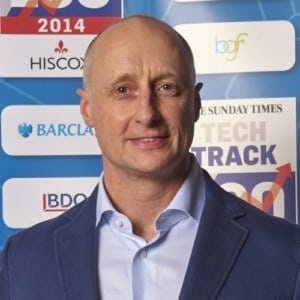 Real-time bidding (RTB) has undoubtedly gained rapid momentum across the web in recent years, growing faster than any other digital advertising segment. In the US alone, RTB spending is predicted to grow from $2 billion in 2012 to $14.4 billion by 2017 at a CAGR of 49%. However, whilst the desktop world appears to recognise the huge benefits RTB affords them, mobile advertisers have historically remained cautious.

The key factor hindering the mobile industry from embracing RTB is a lack of standardisation protocol, which has previously made it difficult for advertisers to integrate into the multiple advertising exchanges required for a successful RTB programme. In addition, as RTB’s exchange model tends to operate on a cost per thousand impressions (CPM) pricing model, rather than the cost per click (CPC) approach traditionally used by advertisers operating with ad networks, a shift to RTB requires advertisers to adapt to a new thought process. Without a standardised pricing model, this shift towards CPM has served as a further deterrent. Lastly, RTB’s exchange approach requires advertisers and publishers to relinquish control over traffic, and without standard security measures in place, questions are posed about security.

Fortunately, however, as the mobile industry wakes up to the huge advantages an RTB model can bring to advertisers and publishers, there’s starting to be a real push for standardisation. OpenRTB, for example, is gaining increasing popularity, and as RTB develops so too will the standards, leading to an improvement in security, pricing models and integration. Once these standards have been adopted, better technologies will follow, which will help to further RTB’s commercial capabilities.

At the centre of RTB’s commercial advantages is its ability to use conversion data to place bids on traffic that is most relevant to the user, resulting in both increased click-through rates and improved quality of clicks. With a network model that doesn’t operate on RTB, advertisers are restricted to targeting users on certain advertising networks. By contrast, RTB’s exchange approach grants advertisers access to a much larger inventory, opening up access to a far greater amount of traffic, and meaning that advertisers no longer need to rely on picking and choosing where they run campaigns. Instead they can choose the impressions best suited to their campaign from a much wider pool. By ensuring that the targeted audience is reached in this way, advertisers are not only able to improve the number of clicks but also their quality, resulting in higher overall conversion rates.

In addition to giving advertisers access to a much larger inventory of traffic, RTB offers far greater transparency, as it shows the impressions they’re bidding on before they buy. RTB also allows advertisers to determine who they want to target and set their own parameters, ensuring that they retain full control over both what they’re buying and how they’re buying it. By allowing advertisers to retain control over the impressions they’re buying in this way, they can again ensure their message is reaching the desired audience, dramatically increasing their chances of conversion.

In addition to the advantages for advertisers, RTB’s ability to drastically improve both the number of clicks and the quality of the clicks also greatly benefits publishers. By offering higher conversion rates and improved quality of traffic, publishers are able to offer more successful campaigns and can thus increase their prices.

With conversion data at the heart of RTB’s success, mobile monetisation platforms have been able to support advertisers in further increasing the success of mobile campaigns. MobileWebAdz, for example, has developed a unique algorithm which works out the relationships between clicks and impressions and subsequently how likely a banner is to be clicked upon. By adopting this approach, we have been able to ensure that advertisers are only bidding on high performing impressions. Poorly performing adverts can be dropped, helping to further enhance the success of campaigns. This allows ads to be served in the most effective way, optimising advertiser conversions as well as the number of impressions a publisher can make money on. RTB can then be used to match how much the advertiser is willing to pay per impression, based on specific targeting parameters.

With such huge advantages afforded to both advertisers and publishers using RTB, it’s clear to see why it’s gaining momentum across the globe.  In the US, which has traditionally been slow to adopt mobile trends thanks to the dominance of the desktop market, the rapid growth of mobile over the past two years has meant that they’re now catching up with other developed markets. This means that the US has become part of the global push for RTB. After only launching RTB in the US a year ago, 10% of MobileWedAdz’ traffic  now comes through ad exchanges operating on an RTB model, highlighting the momentum surrounding the model.

As has been recognised in other digital formats, RTB has huge potential for increasing both advertisers and publishers’ revenues. Fortunately, the mobile space is starting to appreciate this. This shift has been highlighted by major players taking steps towards becoming a fully RTB-compliant platform, and with RTB sales for mobile predicted to top $6.8 billion by 2018, it’s clear that this momentum looks set to continue.

A programmer by background, Kieran has 20 years of experience in software development, sales and global business management. He began his career working in the Barclays IT Management Development Programme before going on to work in engineering roles for Save & Prosper, Lufthansa (Germany) and Deutsche Bahn (Germany). He started his entrepreneurial career by co-founding an internet software development services company with offices in Germany, UK and India in 1998. This evolved into the idea for MobileWebAdz which he founded in 2002. Kieran holds a B.Sc (Hons) in Maths & Computer Science from U.C.C.