Not Just for Christmas: Why the Mobile Trend is Showing no Signs of Ceasing in 2015

Research this month from CCS Insight has shown that more than half of online purchases in the UK this Christmas are being made on a mobile device, whether that's a tablet or a smartphone. Clearly consumers are choosing to ... 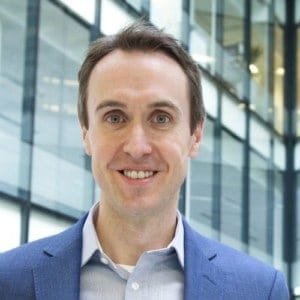 Research this month from CCS Insight has shown that more than half of online purchases in the UK this Christmas are being made on a mobile device, whether that’s a tablet or a smartphone. Clearly consumers are choosing to do their Christmas shopping during moments of downtime, such as on their commute to work, during coffee breaks or whilst in front of the TV in the evening.

For retailers wanting to capture these consumers’ attention, it’s no longer sufficient to just focus on desktop advertising. Any advertiser who is not trying to engage potential customers on their mobile devices will potentially miss out on all this mobile interest. Yet few advertisers are really geared up to take advantage of the mobile world we’re in. Large numbers of retailers, both high street and internet, continue to struggle with mobile advertising.

After all, the immense growth in mobile shopping over such a short space of time was always going to bring both challenges and opportunities for retailers and brands. But that can’t be an excuse anymore. M-commerce is now prevalent and the number of people shopping in this way will only keep growing. For this reason, I believe 2015 will see focuses from advertisers, publishers and brands alike on the following:

In the first half of 2014, mobile advertising in the UK exceeded £700million – that’s around 20% of all digital ad spend and a whopping 68% growth over 2013. It’s also more than radio and cinema advertising combined, and is fast approaching the scale of outdoor advertising. However, despite this explosive growth, brands, publishers and consumers are still not being well served by mobile ads, and this is preventing mobile advertising from growing even faster.

But how to do this? I believe the winners in 2015 will ultimately be those publishers who can provide a platform where brands can run engaging mobile ads that reach the right person with a super relevant message at the right time. On mobile this is even more critical, and even more difficult to achieve, because of the very mobility inherent in mobile devices. However, companies like Marfeel, are helping to make it quick and cheap for publishers to improve their mobile experiences. So there are few excuses any more.

The heavily-touted silver bullet to the mobile challenge – and one of the buzzwords of 2014 throughout all forms of advertising, not just mobile – is programmatic.

Programmatic advertising through ‘ad exchanges’ brings the ability to buy and sell advertising in an automated fashion in real-time, one ad impression at a time. And it’s struck such a chord that it’s only going to become more important in 2015. Publishers and brands alike are embracing programmatic advertising as the primary way business should be conducted. It enables real-time audience targeting at scale, a benefit that’s even more relevant for mobile because of its uniquely personal characteristics. Better targeting means improved ad relevancy, increasing the value for both consumers and advertisers, and delivering a higher price for publishers’ media space. There are also significant cost efficiencies generated by outsourcing most of the heavy lifting to computer algorithms and reducing the dependency on expensive media buying/sales teams. Unlike the ‘secret sauce’ of ad networks, ad exchanges like Axonix can provide full transparency to both buyer and seller of the media space.

Sending a consumer an ad that they’re not going to relate to means its message just won’t resonate. For this reason, I think 2015 will see more emphasis on mobile ads that drive user engagement. Advertisers will get smarter in their design of ads to maximize interaction and publishers will become better at providing ad spaces that are better integrated into the user experience. Innovations such as skipable ads are great for both the user and advertiser, and offers that reward in-app achievement can provide a stronger emotional engagement than a straight ad. Providing an optimal mobile ad experience requires mainstream advertisers and publishers to invest thought and attention. A top-down push from senior management is needed to drive this change in attitude.

Long gone are the days when the advertising industry could consider mobile as an afterthought. Mobile is coming along fast and strong, and spend in the space will soon overtake its more traditional counterparts. Those companies that define their mobile strategy now and get their approach right with timely, relevant ads, will set themselves up well for conquering the space in 2015.

Simon Birkenhead is CEO of Axonix, a leading mobile ad exchange that helps web publishers and app developers to maximize their ad revenues. He has 20 years experience in digital marketing, mobile advertising, programmatic media and business management, the majority of which has been within high tech companies at the cutting edge of their industries. He has launched three digital advertising start-ups, including Axonix, and was the first hire into Google’s Global Agencies Team in 2008. Simon is a Non-Executive Director and Board advisor to a number of new technology companies and is a regular speaker at industry conferences, including Mobile World Congress, Festival of Media, Web Summit and Ad:Tech.