We have had Pandas, we have had penguins, and now we have got a Pigeon. Not that Google named this latest update themselves, but the most recent ‘amendment’ to Google’s algorithm could turn out to be just as problematic ... 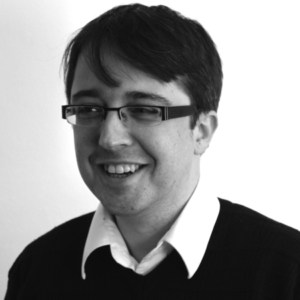 We have had Pandas, we have had penguins, and now we have got a Pigeon. Not that Google named this latest update themselves, but the most recent ‘amendment’ to Google’s algorithm could turn out to be just as problematic for small businesses as Panda and Penguin put together.

The ‘Pigeon’ update took place recently for US English results, and appears to place local directories and magazines ahead of local businesses. For instance, a search for ‘Boston Restaurants’ returns the traditional local (places) listings – but the actual organic results don not include a single restaurant on page one.

Instead, we have Tripadvisor, yelp, eater.com, Boston Magazine, Zagat and Urbanspoon, among others.

The first actual restaurants we find are down on page five – and they are more ‘groups’ of restaurants instead of places you would actually want to visit.

So what is going on?

Outside of the Places / Carrousel, Google has all but given up on trying to list local restaurants, cafes, coffee shops, etc. According to chatter on the SEO forums, those businesses who were ranking locally are no longer ranking where they were – if at all.

While some of those forums are on the extreme end of SEO, they are representative. Pigeon appears to be a major update that is still in flux, and where there are losers, there are winners. Yelp, for instance..

Yelp and Google have a chequered past. Not so long ago, Yelp were complaining that Google were promoting Google Plus entries ahead of Yelp entries, even when people were searching for Yelp itself. Not unusual, if you follow car insurance as an example search query. Google will insert itself ahead of anyone if they make any money.

Yelp’s complaint appears, however, to have resulted in a turnaround. Now they, and other similar sites, dominate the rankings for searches such as “town + restaurant”, “town + coffee shop”, etc.

And what does that mean for me?

Well… let us say that you own a Bed and Breakfast in Boston. You have done quite well out of organic search – you have lots of reviews, you have worked your Google Plus presence (yes, really), and you have obtained lots of backlinks through PR, even a nice one from theguardian.com.

Now, you do not rank for “Bed and Breakfast Boston” at all, but theguardian.com does, with its top 10 B&Bs in Boston. Tripadvisor does, too. BedandBreakfast.com is doing well, and if you’re not in the Google Places listings / carrousel, then you’re nowhere.

And let us face it, most businesses are not in those listings.

Of course, you can pay for Adwords, as always.

The need to invest

Now, if you are going to obtain the ‘free’ traffic, you are going to have to invest. You will need a presence on all of these sites, and preferably a premium listing if it is on offer. That is not really free, of course.

What you will have to do first is audit exactly who is ranking, and what opportunities are available on each of these sites. Google is no longer your source for free traffic, you need to view referrals as your main source of traffic.

An outreach programme may also be on the cards – ensuring that the right publications are reviewing you, and if they are not, persuading them to do so.

And this may already have been the case for most small businesses in highly competitive niches. There are hundreds of B&Bs and hotels in and around Boston, and who is Google to accurately define which ones are the best and which ones aren’t worthy of ranking? They could rely on reviews, but it is often better to refer to the reviewers in the first place, anyway.

Ultimately, this will return a better user experience AND it will earn Google more money by pushing more businesses towards Adwords.

That makes it a win for users, a win for Google, but most definitely not a win for small, local businesses, especially those who had been relying on Google for organic traffic.

The only remaining question is – when does this get rolled out to Google UK?