Programmatic advertising has been tipped to go from strength to strength over the next three years as an increasing number of US executives pledge their allegiance to the data-driven approach.

A new infographic from DoubleClick, the Google-owned ad serving solution, indicates that 59% of Stateside executives have already integrated programmatic media buying into their marketing strategies. However, this proportion is set to rise to 79% by 2015, which will cause a number of popular ad platforms to become increasingly programmatic.

DoubleClick believes programmatic - the act of bidding for online ad space to target specific consumers - has already transformed the media buying process. Its 'Programmatic: The Brand Era' infographic suggests that display ads linked to this technique witnessed industry growth of 56% over 2013, boosted by a typical audience reach of over 96% in the US. 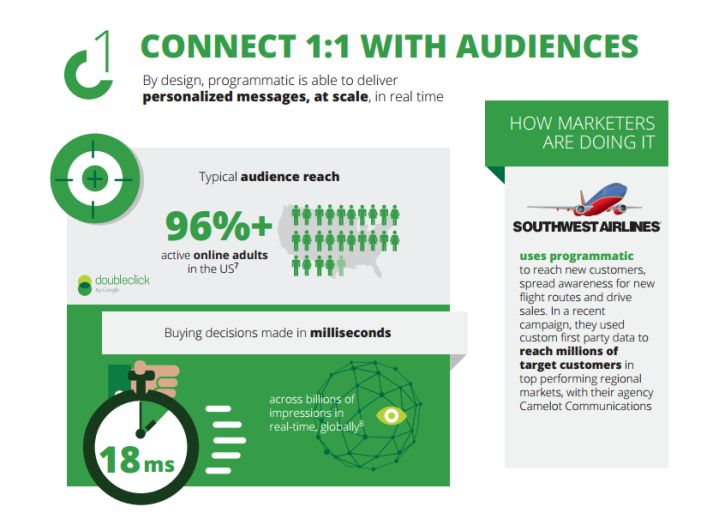 Though despite a highly productive last year for business, other results from DoubleClick paint the picture of a concept waiting to come of age, poised to break into the mainstream.

Programmatic buying is set to become hugely important to mobile marketers over the next three years, as the proportion of buyers using the technique for display ads grows from 68% in 2013 to 88% by 2017. 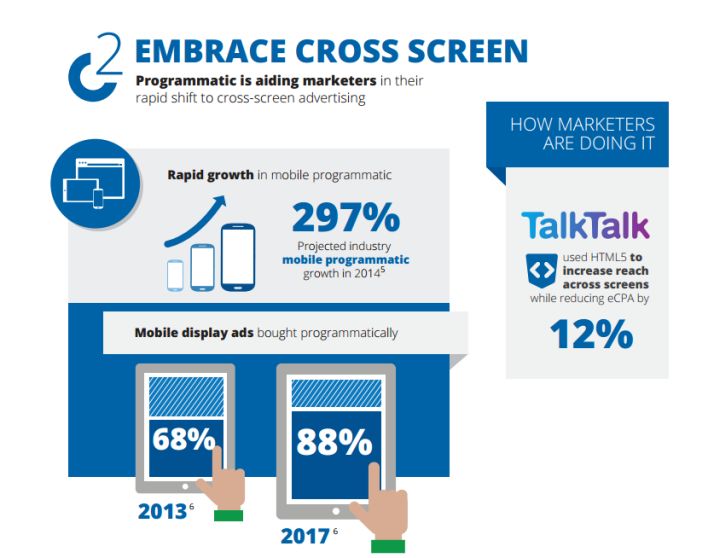 This market will be fuelled by industry growth of 297% in this year alone, as mobile programmatic starts to tighten its stranglehold on the display market.

Still, mobile is not the only market that’s become heavily influenced by data-driven buying. Google has recorded a 427% year-on-year increase in spend on programmatic video advertising across its own websites, and that’s without taking into account spend on YouTube.

This is said to be three times the rate of growth for spend on all forms of online video between 2011 and 2014, with investments from big brands such as Sony and Netflix helping the figures along.