Performance Marketing in Germany: No Longer a One Way Street

When I first came over to Berlin from the UK and started started working in the performance marketing industry in Germany in 2009 I was always able to impress co-workers by being able to accurately predict the trends and growth ... 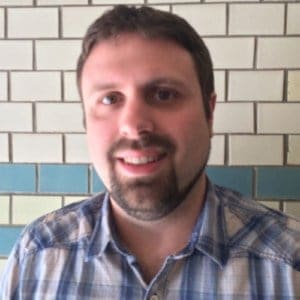 When I first came over to Berlin from the UK and started started working in the performance marketing industry in Germany in 2009 I was always able to impress co-workers by being able to accurately predict the trends and growth areas of the market as they filtered their way from Europe.

From the rise in popularity of coupon, cashback and customer loyalty sites to the emergence of multi-attribution commission models, despite being one of the most dynamic landscapes for affiliate marketing in Europe, it has always felt a little like Germany has being playing catch-up to the UK market

However, as the market here has developed, there are a growing number of German companies and entrepreneurs who are leading the way in taking existing marketing channels such as display which had developed outside of the performance space and then using customer data to drive conversions.

As far back as 2007 and 2008, display marketing agencies such as Frankfurt-based Kupona and Berlin-based Redvertisement were harnessing the reach provided by automated traffic buying using trading desks which allowed advertisers to both control their advertising costs and reach segmented audiences whilst previously advertiser and agency focus had been solely on splurging budgets on buying huge quantities of impressions in the name of branding.

The technology and market know-how surrounding the explosion in growth and increasingly complex programmatic buying platforms, from supply and demand-side platforms to real-time bidding has been driven by increasingly entrepreneurial German companies.

The German economic model with its emphasis on the “Mittelstand” – the traditional base of family-owned, self-funded enterprise founded in manufacturing – has become the textbook example of responsible economic growth by economists and politicians in the UK and beyond in the “post credit-crunch” world.

The booming German economy has also made it a hub for digital start-ups along the lines of Silicon Valley and East London. Berlin in particular, with its low rents and creative outlook, has been one of the biggest success stories attracting entrepreneurs, investors and incubators and with them a highly skilled, international labour market where advertising technology has been one of the fastest growing sectors.

But where does this leave publishers and the networks? Quite simply, it means that networks have had to adapt and find a new role in the increasingly data-driven digital landscape. When market-leader zanox raised eyebrows in February by introducing and then quickly back-tracking on hefty fines for publishers who moved to working with networks directly, it highlighted the need for networks to provide more than a simple tracking solution for publishers and advertisers.

Thanks to product level tracking, vast improvements of datafeed quality and network container tag solutions, networks are now much better placed to work with this new breed of display publisher – and nowhere is this more apparent than with behavioural retargeting.

With careful monitoring of the mix of post-view and post-click sales, retargeting on a CPO basis has become a powerful revenue driver for networks, publishers and advertisers. The trading desks which have made this growth possible has opened up the European market to UK-based providers.

With a mouse-click, these companies can extend their activities to the previously notoriously difficult to crack German market as well as opening up the channel to many small and medium sized-businesses who may not have considered it previously. At belboon we have run retargeting campaigns for a broad range of SMEs which when combined with pre and post targeting have extended the scope beyond site abandonment to bringing in new users and incremental sales.

Performance marketing will continue to play an important role in the digital mix in Germany and across Europe. But when it comes to combining technology with driving high quality conversions, both online and increasingly for mobile, using innovative solutions provided by the networks and fuelling a renaissance in display as a channel within the performance mix then German companies and the German market have a chance to lead the way where previously they have only followed.

David McLoughlin is head of business development at the belboon affiliate network, managing a portfolio of international advertiser and publisher accounts. He first came to Berlin from the UK as a student in 2006 and has worked in the performance marketing industry from a publisher and network perspective since 2009.