Why Shift Toward Programmatic Display?

Historically, online display media buys have been purchased in a traditional manner – which were typically either site-direct or through network buys. With the rising popularity of programmatic display, or media that is purchased in real time through a demand side ... 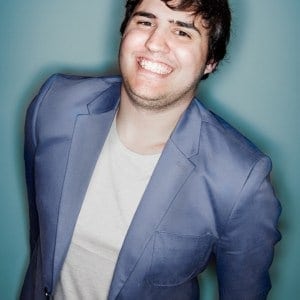 Historically, online display media buys have been purchased in a traditional manner – which were typically either site-direct or through network buys.

With the rising popularity of programmatic display, or media that is purchased in real time through a demand side platform, there is now a cause for re-thinking the traditional display media purchasing options.  The power is shifting from the publishers and media providers to the advertisers.

Programmatic media in its entirety is a method in which the media is purchased based on the value of an impression, or user. It has re-defined the way we look at impressions, and the value of the actual audience. With the advances in programmatic buying, we have gained many efficiencies that we traditionally haven’t been privy to with black-box display media solutions.

As director of programmatic solutions at, Sq1, I’ll explain the nuances and benefits of this approach:

The right audience at the right price.
Media dollars spent through programmatic are going further than dollars spent with direct or network buys.  Dynamic CPM (dCPM) bidding, bidding based on the audience’s value (based on known data attributes in regards to the user, time of day, site visited, etc.), has led to increased efficiencies and reduced the chances of serving an overpriced and overvalued impression. With programmatic buying you will see increased efficiencies on media dollars spent and delivered impressions, as the impressions are prequalified based on campaign goals in order to maximise the advertiser’s investment in media.

Knowing where your ads are served is crucial. With a lot of media providers and networks, you aren’t able to receive impression reporting at the site level due to their negotiations with their publishers. With programmatic buying, however, you have insight down to the individual impression on which sites and content categories in which your media ran. This level of transparency can lead to visibility on your media buys that was previously unavailable and can help identify your audience for more high level strategy planning for things like audience segmentation, audience planning, and creative messaging.

Most DSPs such as Turn, DataXU and MediaMath, provide access into the 20+ multichannel inventory exchanges, which allows access to more than 650MM+ sites. This allows for online users to be reached with ease – around 90% to be exact.  Having the ability to reach your audience in one platform, or buying technique, helps scalability and execution across multi-channel media buys.

Some publishers, such as AOL, are bringing premium inventory into a programmatic buying experience. Recently, in AOL’s Programmatic Upfront Discussion, the publisher announced it will be bringing inventory into a first-look buying situation – essentially, AOL has created a private marketplace that allows for its advertising partners to buy what used to be considered ‘exclusive’ inventory through a programmatic buying experience.
It will only be a matter of time before other publishers follow suit.

DSPs utilise machine-based decisions based on a number of decisions in order to serve an impression. While there is still a human component when buying programmatic, the DSPs will take out the part of the decisioning process that would be near impossible to decode within the allotted time before the bid is placed on the impression. This allows for real-time bidding that helps support the concept of the programmatic approach.

When advertisers are given full insight to where the media is placed, it allows for more control over the performance of the campaign. Components of a media buy, like frequency caps, bidding, inventory source, site lists and targeting types, are now available to tweak and perfect.
Advertisers are given complete control over all of the things that are not typically shared or fully utilised unless you move to a programmatic approach to purchasing media.

When buying consistently through programmatic, you have the ability to capture user data into a data management platform that can be executed later on.  The value of well-organised and planned 1st party customer data is endless and it can lead to highly robust CRM targeted multi-channel campaigns.  With proper data management organisation and planning, combining 1st and 3rd party data together to create highly-targeted audiences can lead to unique buys.  The combination of 1st and 3rd party segments can also aid in audience look-a-like modeling, which discovers new 3rd party segments that index how likely a respond to your ads is based on your current audience data.

The possibilities of targeting and discovering new audiences through a DMP through the use of first and third party data are boundless.

When media is purchased at a granular level through programmatic, this opens the door to dynamic creative messaging. Not only is the ad served to the right visitor at the right time, but the message can change dynamically on the back end to tailor a message that is more relevant than a general sales message. This plays nicely into a situation like a DR e-commerce campaign in which recent products viewed by the visitor can be shown in an ad.  It is a fast, efficient way to bring tailored content to a qualified audience.

There are many applications of creative dynamic messaging, and programmatic is a great and cost-effective way to facilitate it.

Overall, there are multiple reasons to embrace programmatic buying. Keep in mind; this is more of a mentality. The idea of sending relevant, tailored messaging to a highly targeted impression that was pre-qualified and bidded against through a DSP accordingly, will help move the industry as a whole towards a programmatic approach.

With advertisers like AOL continue pushing the frontiers of what will be brought on to its programmatic offerings in terms of inventory?  I believe that we will start to see a huge shift in the media industry towards a more ubiquitous adoption of the programmatic approach to media buying.