INside the Boardroom: CTO at PHG, Peter Cheyne

Tracking is pretty much all the same, isn't it? If only it was as simple as that…Having worked in the tech side of the affiliate industry for over 10 years, when it comes to tracking methodologies, I've ... 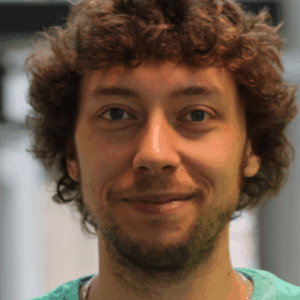 Tracking is pretty much all the same, isn’t it? If only it was as simple as that…Having worked in the tech side of the affiliate industry for over 10 years, when it comes to tracking methodologies, I’ve seen it all.

In my role as chief technology officer at Performance Horizon Group, I’ve attempted to implement the most flexible tracking solution in market, but one that addresses many of the issues within the industry – both technical and non-technical. I have seen many debates about the future of tracking and yet it still remains an area that causes confusion. In this, the first of a two-part article, I examine the history of the most widely adopted method of tracking and will follow up with a second piece outlining my view of where we will be in the future.

Since the inception of affiliate marketing, the industry standard method of tracking has been cookie-based. A publisher’s tracking link redirects a user to the tracking provider’s domain, a cookie is sent to their browser, and they are finally redirected through to the advertiser. On the conversion success page, the advertiser renders an HTML image tag to emulate a HTTP GET request to the tracking provider. As this GET calls the tracking provider’s domain, it allows their script to interrogate the cookies set by that domain, and the winning click is found based on the information stored in the cookie. All very standard stuff.

It is well documented however, that this method of tracking isn’t perfect. In fact, far from it. Standard cookie-based tracking will rarely achieve 100% accuracy as it’s reliant on various external factors. For cookie tracking to work it, the user must not;

The list could go on! To combat this, various tracking providers sought to develop alternative methods of cookie tracking that eventually resulted in some pretty serious repercussions.

Like most techies, when I look at a problem like this, where there is a single point of failure, the obvious route is to build in some redundancy. In this case, it would involve eliminating the need for a cookie to be present in order to close the loop on the tracking journey.

This thought process led to two popular ‘enhancements’ which ensured that the vital information stored in the tracking cookie wouldn’t be lost if the user performed one of the actions highlighted above.

1. First up, the tracking providers hijacked the HTTP entity tag (ETag). In its conception, the ETag was designed for cache validation, allowing precious bandwidth to be saved. However, what if the tracking provider injected the same information found inside their tracking cookie, into the ETag? Hey presto, cookieless tracking!

2. Second up, Flash. Unfortunately, still a widely adopted technology, Flash has its own (LSO) cookies. And these cookies are not cleared when the user clears their browser cookies. In fact, as Flash is its own standalone software, the data that resides within its own cookies are accessible cross browser.

Undoubtedly these developments were carried out with best intentions to try and achieve the tracking nirvana of 100% accuracy. However, not everyone saw it this way. Because these methods flagrantly circumvented the user’s chosen privacy preferences, it was deemed to break the Privacy Act and Electronics Communications Privacy Act. Consequently, there were several high profile litigation cases that resulted in various tracking companies coughing up significant amounts in compensation.

There are other similar enhancements that achieve the same results, and a quick Google shows various results that allude to these methods still being employed today. Deploying technology which essentially injects a technological zombie into a user’s machine which self regenerates cookies at will, isn’t really something which sounds like it would ever fit into a sentence about ethics, but why should we all care about ethical tracking methods?

Debate around advertising on the web, the success of ad blockers, the need for clear control over what is tracked is an entirely different article, but it is an important area as this industry continues to mature. Most commission rates factor in for a loss of legitimate conversion, but should there really be a need for this? In my opinion, no. There are several completely alternative methods of tracking that can be deployed to ensure user privacy is adhered to, that ethics are upheld, and that tracking accuracy is as close to 100% as possible.

I will discuss these methods in part two, along with some newer tracking implementations that address technological issues, such as methods that can work at large scale.

Check out these previous INside the Boardroom features:

Pete transforms Performance Horizon Group's vision into deliverable products with his deep command of how technology powers the performance marketing industry. He has more than 10 years of experience in the affiliate marketing space as former head of technology integration at buy.at affiliate network where he managed the technical integration of 500 plus clients and all major third-party tracking vendors.